HomeEXPAT LIFETurning 30 on the 13th Floor of a Korean Dorm Pt. 1 ture? I know of countless other people who spend five times as much time in front of their idiot box everyday. I guess my addiction isn’t so time consuming after all. Besides the tissue to clean up my errant semen is cheap if not for free, but I digress.

Gongju, the town where I dwell, is a shit hole. By Korean standards, any town of less than a million people, is contemptuously considered country. Gongju claims about 120,000 dwellers. There is nothing going on here, no scene to speak of. Its only redeeming feature is that it is a relatively short distance from Daejeon, a much larger city. I can be there on my bike, if I bust through all the reds, in about 25 minutes. It is a straight shoot down the highway and a scenic one at that. Especially in autumn. That’s as far as the redeeming features go. The university is fairly large and it has another campus at an even smaller shit hole known as Yesan. I had the displeasure of working an English winter camp there a few years back, and let me tell you, it sucked. The camp officials couldn’t speak English and would walk in class all of the time to point a finger at a page in the textbook and point a finger back at me and make a joke in Korean. They would then walk out smiling like a shitfaced ape with something up their ass.

Anyhow, I should not be so negative. Gongju isn’t so bad. The good thing about living in a student area is the fact that there are many cheap restaurants. In general, Korea is set up for eating out: it almost doesn’t make sense to cook. The financial saving is minimal. So anyway, there are a bunch of restaurants and coffee shops along the main street just outside the university gate. There is a movie theater and an inter-city bus station. Both of these establishments are visible from my dorm window on the thirteenth  floor. Each one is literally five minutes away. I have to admit that despite certain annoyances of Korea, the lack of convenience is certainly not one of them.

My dorm room is fairly spacious but it feels cramped because I got a bunch of crap strewn all over the floor. The crap consists of books, old magazines and clothes. I have been busy in the last few months and simply haven’t had time or the inclination to put it all in order. I don’t give a damn: there are more important and pressing issues at hand. It is weird: I find it easier to write with Gary Glitter music blaring from the speakers than to read. But again I digress.

The dorm feels like a hotel. The door opens with a numerical code and to turn on the light, I need to put the door card in the slot. This activates the power in the room. This worried me at first when I moved in but the existence of the refrigerator hinted at the availability of a power point with constant voltage. I found it and with the help of an extension cord with multiple sockets, I plugged my computer and stereo into it along with the refrigerator.

There is a little kitchenette that consists of an electrical hotplate and a sink. I don’t do a great deal of cooking so this setup is sufficient for now. There are a few bookshelves, chairs, a couch and two single beds stacked together. All of it is brand new. The furniture looks untouched and when I moved in the mattresses were wrapped in plastic. That implied that nobody had yet slept or fucked on them. Good to know. I sometimes wonder when I stay at hotels, how much action the mattress on which I lie got. How many farts it inhaled, or how many liters of cum were absorbed. I digress.

There is no table. If I cook, I eat my meals on the desk in front of my computer screen. Good enough. There is no washing machine in my room which I miss. Nor have I yet met any of my neighbors 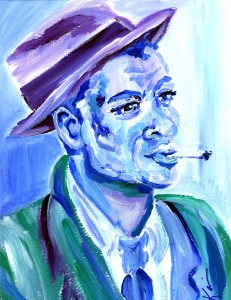 . There are, however laundry rooms downstairs in the basement. I have so far not visited them. I wash my clothes by hand in the bathroom sink. I start my morning at about 6 a.m. I sleepwalk to the bathroom and turn on the faucet. Hot water! So far without fail. I throw my dirty previous day’s laundry in the sink and wash it. I guess you could call it my morning exercise. I soak it in the sink for a few minutes while I wash myself. I take out the clothes and rinse them under the shower and then wring them out and hang them on the door handle with the help of a coat hanger. Phew!

I get dressed and stumble out of the room at ten to seven. My first class starts at seven but before that I hit the convenience store and buy a coffee. They got a pretty good selection but my favorite is the blue mountain blend. It is just under a buck and tastes reasonably well.

From there on, I go to class. In the morning there are only two people. These two are real keeners: they haven’t missed a single class. One is a woman of thirty eight who looks to me to be at least in her mid forties and a younger guy. They are both nice but seeing them every day gets a bit irritating, especially at seven in the morning. I guess I might feel better if instead of that haggard thirty eight year old, there was a little hottie. It would not matter if she was a virgin or not. Hell, I wouldn’t even need a coffee to start a conversation. I digress again.

Conrad was born in Warsaw, Poland in 1976, the year of the Dragon. 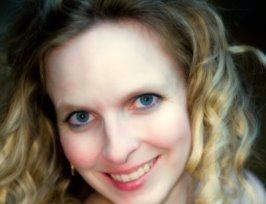 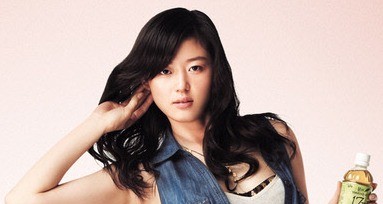