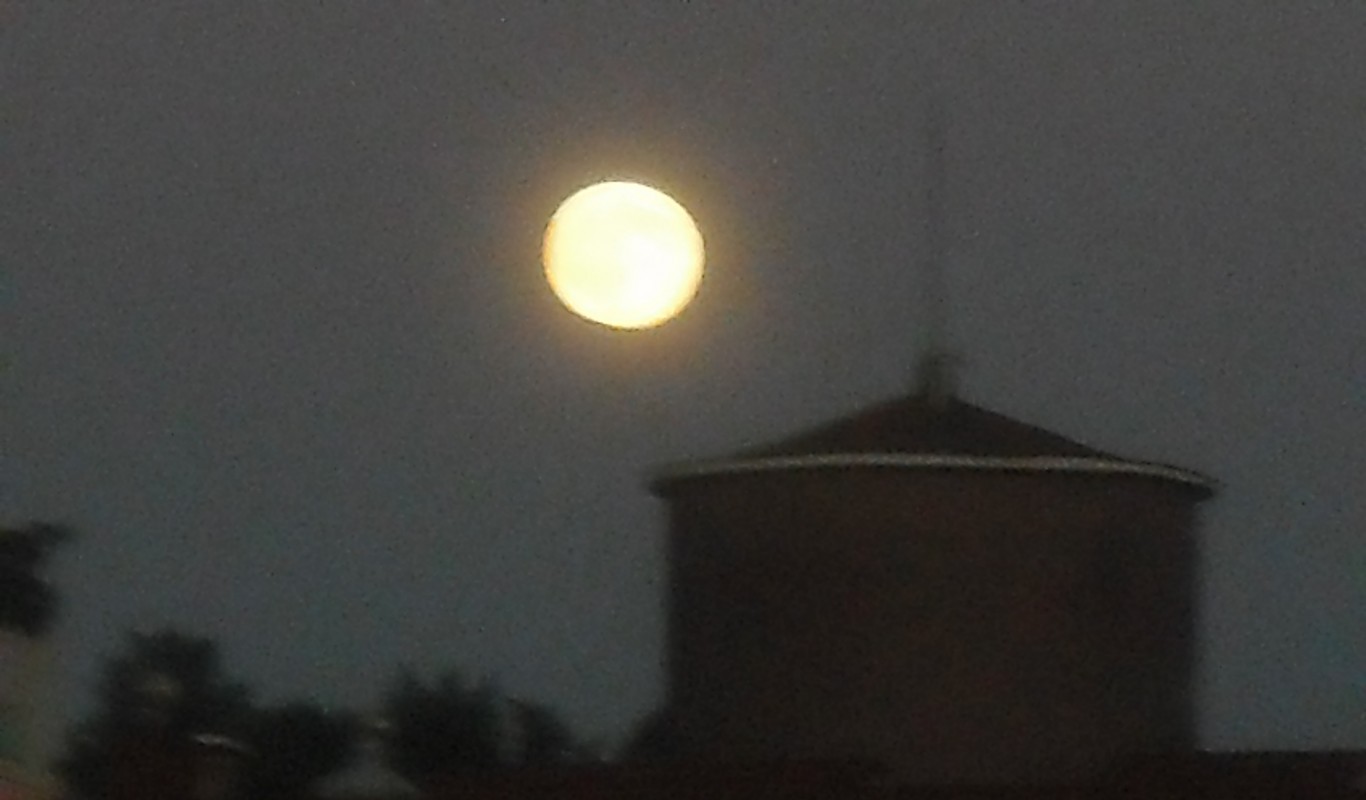 One of the last places that one would expect to have their freedom of speech shut down would be in the basement of a beastly bar along the boulevard of broken dreams in central Seoul’s foreigner borough of HBC also known as Haebangchon meaning liberation village in Korean.  Think again.

The allure of this particular establishment is that no one goes there meaning the usual suspects can be averted.  Such was the scene on Saturday night September 25, when several individuals (the authors included) entered the cavity of Phillies basement where an air conditioner blasted chilly air on a night when the temps outside were already cool.  The bartender, British Simon Beattie, ensconced in a game of pool, paid little attention to the new customers as they saddled up to the bar.  Another man, clearly the tender’s pal, stood leaning on his pool stick in the AC’s path as if in some sort of Ecstasy-trance aftermath.

The game of pool went on until the bartender decided he’d saunter over to see why the customers had come.  Orders were taken, drinks poured then the game of pool carried on while the three at the bar struck up a conversation.  Topics went here and there— the

state of HBC, North Korea, the air conditioning, Bernard Malamud, the ending of the long Chuseok holiday, politics in the U.S. and so on.  Two other patrons entered the bar during the 30 minute period and reveled in indifference.  One of the three, Londoner Holmes, wanted to request “Nowhere Man.”

Then the Londoner, as Londoners do mix it up at the bar—after another round—asked,

“What do you know about Al Qaeda?”

Terrorists, the mujahedeen, Russia, Afghanistan, Pakistan, bin Laden, jihad, 9/11, KSM and Yemen among others were thrown out on the bar.

“That’s all?” said the Brit disdainfully.  There was more, he told us.  And so he began to talk until the previously preoccupied pool player/drink pourer entered the fray.

“I don’t allow political discussions in my bar,” he declared. “No politics.”

Huh?  What?  Excuse me?  Weren’t you playing a game?  Is there anyone else in here?  Were we talking to you?

Well, it was only al Qaeda; not exactly William Wallace or Nathan Hale.  But what about free speech?  Isn’t this South Korea, a democracy?  Politics lead to disagreement and disagreement leads to confrontation and that could lead to heads cracking, the thinking supposedly goes.

As the demons peered on from the walls, one of the men offered a deal.

Shots for everyone.  Not a fair trade, but a trade.  So the Jager was poured and drained with little assuagement.

And this was just the middle round of boozing and lathering. Under the full-moon light to nowhere or everywhere the bunch crossed the street to Orange Tree (O.T.). “Mike” is the new owner of the O.T. as the previous owner Kenny (Not Kenny McIntyre) decided to sell the second floor bar (the first floor Indigo café is still owned by Kenny’s brother Sammy) in order to go to California and “Raise his daughters as Christians.” This might be a little confusing, but bottom line: Mike is a foreigner and the only one to own a bar in HBC.

“I told him if he slapped me again I was gonna hit him.”

So the police came, the perp was nowhere to be found, and Mike, with the help of his Korean wife and Holmes’s Korean wife, found out that the police would not arrest anyone because in situations like this the owner of the bar and the perp just have to settle the finances. One of the three had to get out of not being able to see straight as the Philipina bartender at O.T., Alex, was buying drinks for another of the crew who commandeered the music and was channeling Syd Barrett and playing Pink Floyd all fucking night. And so it goes. The next day word had it that Blowjob John had turned his phone off on Mike the foreigner bar owner’s number. Shrug and Go figure. 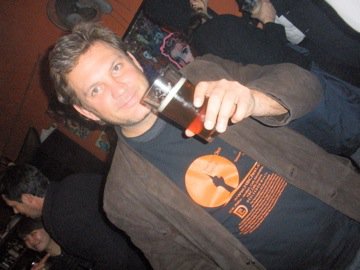 monkey was planning its “Help Kenny McIntire pay his bar tab Gala Event.” It’s to happen during the next full moon at the HBC Cage. Oops, the HBC Café. (HBC CAFE – Yeah Right again) This plan is to add 500 won to every drink sold that night at The HBC with all the surcharges going to keep Kenny’s boozing tab in control and under the radar of the IRS or whatever that scallywag organization calls itself in Canada. Figure 400 drinks sold that night plus whatever Kenny drank and good natured tips and  well you are looking at trimming 350,000 won off his tab. This night can also be called A Drop in the Ocean.  Then to really get the economic engine chugging there could be a smack the Kenny Piñata—The Kennyata—for 5000 won a swing. It wouldn’t be much to bring in the poles that “Blowjob John” cracked the O.T. door windows with and then hang Kenny’s picture on the side wall next to Pita Time and do a little remodeling of the bar by expansion. Two birds with one stone if you catch the drift. You figure that would be worth 100 swings so now we are totaled up to 850,000 won. But as that would only clear the month of December 2008, the next logical promo would be smack Kenneth McIntyre himself. How ’bout these figures: 3000 won for an open slap, 5000 won for a bitch slap 10,000 won for a punch or knee in the balls and 20,000 won for the use of any foreign object. You figure the man can endure for he must endure 500,000 won’s worth and now we have December 2008 into 2009 January, and February (The shortest drinking month of the year) totally cleared! Assuming that the night is fully charged with a “Yes we can” momentum. We should next arrange to have Kenny’s roommate’s boyfriend come in (The Chinese guy who smokes Marlboro Reds and will never give up one when you need it) and put him to work by using his naturalized connections in “China, the World’s factory.” His purpose is to set buyers for the “Plucking for Kenny’s Organs” segment of the night. Really what’s a Kidney (of course not the fucking Liver) worth over there in that land of far away exotic? Actually it’s said that the Wizard of Oz is the most popular English language movie over there and as Oz never did give nothing to The Tin man that he didn’t already have…  You gotta figure Kenny would have the courage to let his heart and brain go for the right price.

Anyway the soul is ballooned with the possibilities; so one of the three goes over to the O.T. looking for Kenny’s friend Zack who has some sort of medical background and can keep the whole process clean. The doors are still broken open; Zack is not there as Mike the new owner of the O.T. is shouting out,

“I’ve had thirteen beers already and I’m about to put ice in this one. And man I got tricks up my sleeve!”

“We used to be rooooomates!”

He’s shouting to two local hockey players Aaron and Mario sitting at the bar. Well obviously the busted doors have not been fixed yet and that saga will continue past the fading of this night–and then three long cool Russian girls smoking menthols come upstairs for a drink. They are really tall and this monkey hasn’t bathed for a day or two so he doesn’t know how to spring on them the plan to pay Kenny’s tab. Well, they are Russian (and it’s good to have a backup plan if the Chinese say no) so they probably want a cut on any bitch-slapping that goes down. This won’t easily do but something will come to mind. In the meantime here is the friendliest of the three Russian’s email if anyone wants to verify with them what a fair price can be: Irina_Hashakova@mail.ru TO BE CONTINUED… only in Haebangchon during the next full moon.

By Mizaru, Iwazaru with local color added by all the usual suspects.

PS, Mikey Chang the manager of HBC verified that the actual owner of the HBC Café Sunny is allowing for Mikey to now run the bar as he sees fit. I take from this the “Help Kenny McIntire pay his bar tab Gala Event” is now on for sure with John Norton and “British Simon Beattie” tasked as bartenders and Irina Hashakova as the hostess. After the police and organ donor ambulance come those left standing will move to the O.T.

For advance tickets for this event email: 3wmseoul@gmail.com or Irina at the above email.

UPDATE- THE NOT FOR TOURISTS GUIDE TO HBC FEST VENUES