HomeFrom the SceneThe Three Wise Monkeys Get Locked Out of Facebook

I guess I should introduce myself.  I’m Lee Scott and besides occasionally contributing a cartoon or story here from time to time, I’m also the current webmeister for thethreewisemonkeys.com.  Being associated with the Three Wise Monkeys feels sort of akin to what it must have felt like being in on the ground floor of Rolling Stone, but don’t be fooled!  It’s not all rock and roll.  More usually it’s pulling your hair out because you can’t iron out the damned CSS.  (Pro-tip: sometimes you just can’t.)

Leveraging social media is a new headache for webmasters.  Recently, I listened to a friend of mine complain how he’d lost access to his Facebook account.  “Why?” I asked him.  Surely there must have been some kind of warning process.  “I think it might be because I was sending friend requests to lots of random people and I was constantly trying to promote my music,” he replied.  Wait…isn’t that what Facebook is supposed to be about?

I dug deeper.  It turns out that there were a few red flags:  he was using the

word “Facebook” in his profile (facebookhero); he was constantly “spamming” his wall with links to his Youtube channel.  Turns out, these activities are possibly against the Facebook terms of service.  I say “possibly“ because I’ve read them, and I can’t see where any of his transgressions are mentioned (except for using “facebook” in his account profile).  Word to the wise – don’t use the word “Facebook” as part of your own project.  Update:  he’s back at it.

This almost brings us up to date.  You see, more recently, Mizaru was lamenting to me that thethreewisemonkeys Facebook account had also been disabled.  “Ahh!” I responded with a nod.  “I might have some insight about that.”  Mizaru was intrigued.

What followed was about an hour’s discussion where I expounded on my interpretation of Facebook’s somewhat esoteric system of user accounts, fan/business pages and groups.  We were left scratching our heads and both of us hoped that Facebook would reply to his hastily sent email asking “WTF happened?” (Not in so many words, of course.)

You see, the Three Wise Monkeys has not really leveraged the whole social media scene yet to its full potential. Yes, two thousand Facebook friends were lost (our connection to 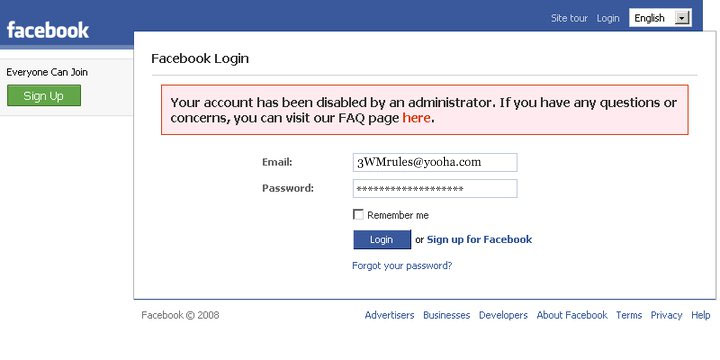 them, rather, was obliterated into the ether that is cyberspace; hopefully nothing that drastic has actually occurred to any of them.)  Because of this loss (that we feel most keenly), we are currently asking our dear readers to please follow the Facebook (and Twitter!) links on the right-hand side of our page, and to reestablish (formally) that friendship which we had previously enjoyed (and honestly never took for granted!); this time by “liking” our brand-new Facebook “page.”  And heaven help us if we got this one wrong, because Mark Zuckerberg won’t.

Resident cartoonist Lee Scott occasionally contributes to 3WM. He is or has been an avid: gamer/reader/writer/designer/cartoonist/developer/hatchet-man/teacher/entrepreneur. Most of all, he’s a father. 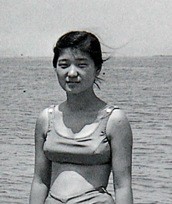