A week after the North Korean shelling of the Yeonpyeong Island, I e-mailed Sung-yoon 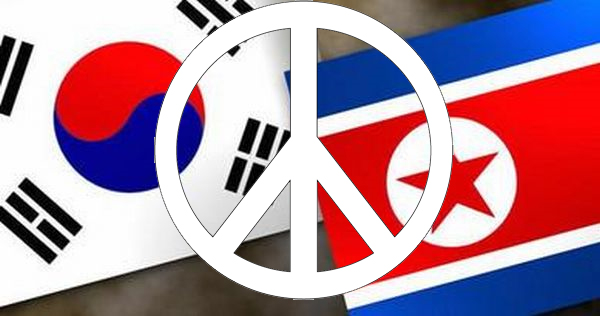 Lee of the prestigious Fletcher School, Tufts University, outlining my thoughts on the recent provocation.  Like many people, I, too, had been shocked by North Korea’s gratuitous attacks on innocent civilians. Nonetheless, I felt that one had to adopt carefully measured strategies to stave off a further crisis—what I described in my e-mail as a potential “Doomsday.”  In it, I wrote that “now is perhaps the most opportune time for Lee Myung-bak and his retinue of sycophants to resume talks with North Korea…” for “[s]hould another Korean War occur, there will be no victors, but victims only.”

Not surprisingly, Lee, a staunchly conservative academic, did not deign to reply to my impassioned letter. Instead, he wrote a column on The Los Angeles Times the following day limning “Pyongyang’s unique points of vulnerability” which might provide “substantial leverage[s]” to both the United States and the Republic of Korea. In his rather stridently hawkish column entitled, “Hitting the North,” he poses the question, “Why is the continued survival of this great outlier to these global goals really necessary?” He went further to define the Hermit Kingdom’s Achilles’ heels as “dynastic succession,” “the long-term dependency on foreign aid,” “dependence on illicit international transactions to maintain Pyongyang’s palace economy,” and lastly, “the increasing information flow into the country, which undermines the regime’s totalitarian control.” The only way to solve the current conundrum, he avers, is simply to “apply concerted force on these four pressure points.”

However, he would do well to remember that the United States and the Republic of Korea, if not the rest of the world, have little choice but to hope for the “continued survival of this great outlier,” for they are collectively culpable of having wrought conditions under which this abomination continues to thrive to this day. It was their thoughtless outbursts, along with incoherent and often desultory policies that have forced the reclusive totalitarian regime into brinkmanship. In fact, the last two acts of provocations by the DPRK—the sinking of the Ch’ŏnan, and now the bombardment on Yeonpyeong—have exposed fatal weaknesses inherent in the both America’s, and to a greater extent, the South Korea’s collective stances against the North. These weaknesses are telling in that they prove his exhortation “to apply concerted force on these four pressure points” to be an unworkable pipe dream.

What are the Achilles’ heels inherent within the US-ROK alliance which preclude both countries from adopting coherent measured stance against the DPRK? First, in the eyes of the Kim dynasty, at least, both the United States and the ROK are viewed as mere paper tigers. For all their tough, macho threats of sanguinary 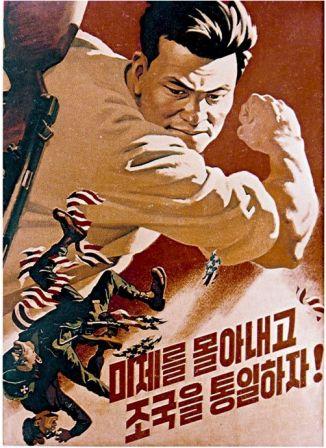 violence against the die-hard adherents of the Juche ideology, neither the United States, nor South Korea, has been willing to follow through with their promises to deliver mayhem against the recalcitrant regime. Indeed, each time the two allies fail to retaliate, the more audacious and foolhardy our monstrous main adversary—chujŏk in the parlance of the South Korean rightwingers—becomes.

Second, the ROK itself remains deeply divided over what to do about the cryptic ruler in Pyongyang. As an English instructor who spent eight and a half years in South Korea, I witnessed its citizens stage violent protests against their presidents on numerous occasions. While many elderly and conservative Koreans were quick to denounce their actions as thoughtless, puerile, if not “Communist-inspired,” I concluded after my seventh year in the country that the mob justice administered by the embattled Korean protesters was a manifestation of their desire to bring their version of the “Korean Dream” to fruition. Simply put, the ROK remains riven by internal strife because it has not yet come to grips with its definitions for stability and peace. For this reason, no sane policymaker, or citizen, wants to fight a war which may prove to be unwinnable, because fighting a war necessarily entails giving up that which they cherish most—the Korean Dream and the attendant stability it brings.

Which leads to the third point. That is, neither the United States, nor the ROK, knows what it wants. Nor do both countries have a clue as to how to formulate a collective policy against their hated chujŏk (main enemy). The last time both the United States and the ROK were in sync over their approaches to the North was when Bill Clinton and Kim Dae-jung contrived the Agreed Framework meant to work in tandem with the latter’s so-called “Sunshine Policy.” This short-lived scheme ultimately backfired due to the irreconcilable differences between the dovish Kim, who desired nothing less than to avert an all-out confrontation with the North, and the warmongering Bush, who wanted to effect what he called “regime change” in Pyongyang. The effect of the bitter rift was such that, after the inauguration of Roh Moo-hyun in 2003, it seemed as though both allies had reached a point of no return as they seemingly went about their own separate ways. But recent events have proven that differences in expectations and perceptions notwithstanding, the US-ROK alliance is here to stay for better or worse. With this recognition, both Barack Obama, and his pliant Uncle Tom, Lee Myung-bak, hobble together clumsily in broken crutches to deal a weak blow to a rattlesnake bent on killing two of its weak-kneed foes.

Fourth, neither the United States, nor the ROK, has the wherewithal, or the military capability to mount a lethal and sustained retaliatory measure against the DPRK. The United States, despite fielding a

professional standing army and state-of-the-art weapons, is still reeling from a stagnant economy, and remains war-weary after having fought two simultaneous wars for a decade. Also, the sinking of the Ch’ŏnan and the shelling of the Yŏnp’yŏng Island have demonstrated that the ROK Armed Forces, despite its impressive panoply of modern tanks, artillery and aircraft, is plagued by serious leadership and logistical problems. Shortly after the Ch’ŏnan was torpedoed,  Lee Myung-bak sacked his Chairman of the Joint Chiefs of Staff, who was inebriated  on the evening the corvette sunk. Further, according to one South Korean source, too many ROK generals and admirals suffer from an incorrigible addiction to golf, and also are tainted by charges of unscrupulous real estate speculations, and in extreme cases, tax evasion. It is not surprising that, therefore, Lee Myung-bak fired his Army Chief of Staff a few days after the bombardment on Yŏnp’yŏng, after a prestigious newspaper, The Chosun Ilbo, floated rumors that the venal general shamelessly enriched himself after engaging in a shady investment scheme. To make matters worse, a study conducted by the ROK National Assembly revealed that the ROK Armed Forces has sufficient ammunition to fight for one week only. With such dire problems, one wonders how the ROK or the United States can successfully stand their ground, or retaliate against, a determined foe.

Last but not least, the DPRK has proven to be a wily, unpredictable foe worthy of respect. In its efforts to undermine its richer Southern brethren, it not only resorts to lethal attacks on the ROK military personnel and civilians, but has waged a sustained propaganda campaign on cyberspace to spread its perverted gospels online. It is rumored that despite dogged attempts by the South Korean police to shut down, or deny access to, such Web sites, that the North Korean cyber warriors have proven resilient and determined in their attempts to wage a protracted guerrilla war online. Alas, for Lee Myung-bak and his hapless toadies in the Korean National Police Agency, the North Korean cyber soldiers seem to be winning that war.

Such stark realities prove that neither Lee Myung-bak, nor his boss, Barack Obama, has a winning chance in their collective struggle against the Kim Dynasty. Instead, both leaders would do well to put their houses in order first. For the ROK, this means encouraging the “continued survival of this great outlier” as a sovereign state deserving of recognition and respect. Simply put, both Koreas, or Chosŏns, should learn to coexist peacefully as separate entities.  Why? Because wishing for a sudden implosion of the Kim Dynasty, or effecting a regime change, is tantamount to inviting a colossal catastrophe

for the Republic of Korea. Its economy, however strong, does not have the capacity to absorb tens of millions of refugees. Nor does the ROK have the military capacity, and the will necessary to fight its chujŏk to the bitter end.

For the United States, setting its house in order in the context of the Korean crisis means recognition of its own limits of hard power. Rather than bully the DPRK and force it into a corner, cajole, coach and flatter it. After all, does not diplomacy entail judicious use of both carrots and sticks?

To sum up, let cooler heads prevail and ratchet things down. It is time that we all learn to act like responsible adults and learn to live in harmony. 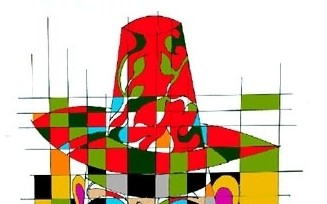 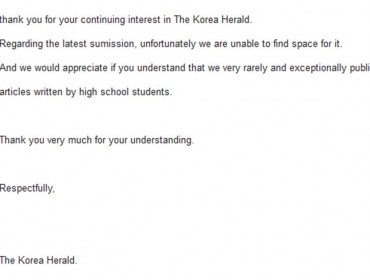