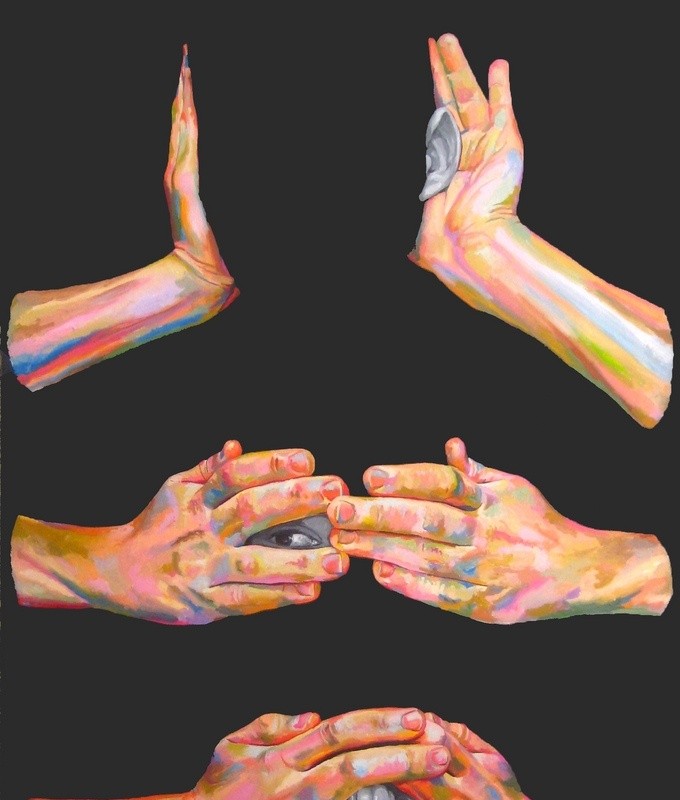 Editor’s note: Before the racial flagellation comes my way, no I am not a Korean National or a Gyopo. I am American in fact a hyphenated Irish – American who understands indentifying with more than one place at one time. We are all Midnight’s Children living through different allusions at the same time, and as it’s been said it is not where you were born but where you belong and now I live in Seoul.

In a recent editorial I read on the Korea promotional site Nanoomi I was intrigued and finally flummoxed by the consideration and proposal that in order to get Korean soft power (i.e., books movies, pop-music, TV shows and the like) out to a worldwide audience a sort of Asian Creative Agenda should be established. “Does Asian America Need a Brand Makeover?” The idea is …

We need to give Asian America an extreme makeover — a thorough reboot that preserves the essence of our identity, our heritage and values, while dumping a lot of the baggage that comes with it. We need the kind of transformative rebranding that turned boring Target into sexy Tarjay, launched old-school Old Spice as a new-media sensation, made dead-end Apple magical again.–Jeff Yang

Pretty snappy writing for one thing; I can feel my pituitary gland releasing something and my heart beats for the East.  A lot of the pique in the beginning of the article uploaded on Subject Object Verb has to do with the clichéd images of Asians like those front and center in the semi-exotic but really trite Hangover 2. I sense that like the film itself, the Asian characters in the film do come across as semi-exotic and really trite. To me it’s like listening to Shillelagh music on St. Paddy’s Day. So the question everyone should ask is how to turn away from the mediocre convention of the enlightened monk and shit-faced leprechaun and just create better art?

From Seoul, the Korean government spends subway cars full of money on promoting Korean culture abroad. It’s the build a global kingdom with soft-power approach: TV melodramas, pop-music, films, and “icons, icons icons,” as I often hear young Koreans maintain when talk of every day culture comes up. And the female Russian night workers whom I keep both eyes on at a local bar are always excited (after working their long nights on the sofa) to sit upright in the stools when the Kr. Pop-videos come up.  Yes, we are in a time of Korean Global Hydration. And why not as every culture that has something to offer is shining it up and rebooting so the world can get that fresh look and taste. Something must be working as Pyeongchang, Korea has been awarded the hosting of 2018 Winter Olympics.

So where is the rub? For one thing I am concerned that the cultural re-branding of Korea is just a chameleon quick change of stereotypes that can now be the lovely guides to our current nihilistic epoch. Just a subtle reworking of the archetypes from Lotus Bride to Asian hip-hop chick. The Silk Sleeves transformed to Slick Sleeves: it’s all about being cool and being cool is extremely lucrative.  Funny and plain to see is how the alternative Asian persona seems to come on loud and clear through hip hop culture  (Example).  S 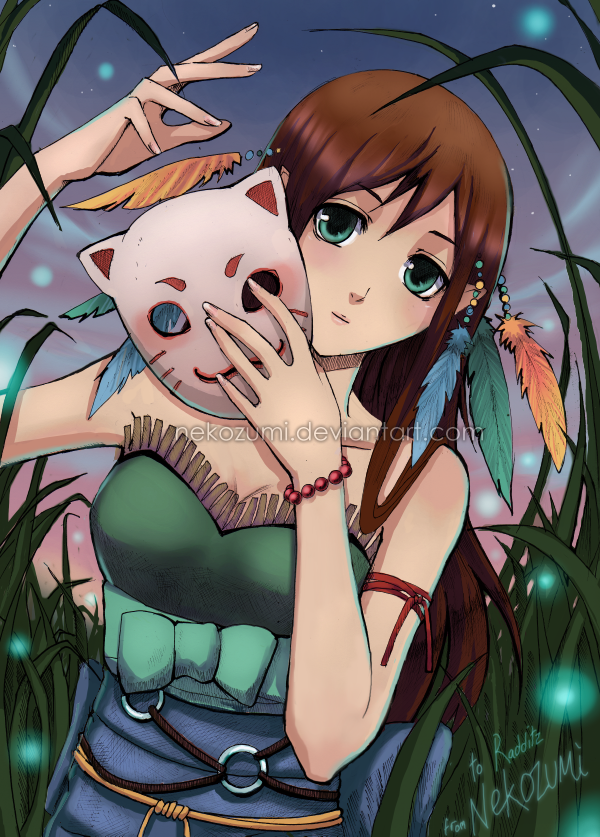 ometimes it’s all about the headgear from Royal Choseon Dynasty crowns to backwards baseball caps and urban street wear, from soft Asian ornamental to angry Asian skeptical. I get it: you can’t trust it, and you don’t want to spend your life in the suburbs living like a study-bug with your go-to, bookmarked Website being Grammar Girl. So what else? I would dare to expect that Korean American culture mavens would want a little more and bring it with the same passion they reject the animated Mulan putting Asian female heroism/ fantasy into the world of the Disney cannon.

Is the Korean Wave of pop culture creating the modern anthem of thin? Isn’t so much about current and hip Korea about thinness and the waking up to a new icon? From Dragon Lady to Androgyny Dragon? If it is, I say go for it. Indeed, let the drooling world take notice that Asia is rising. Who could deny the attractiveness of highly groomed pale bright toes still showing pristine through the detritus of our collapsed world? Often I would prefer the pedestal of the catwalk over the street podium especially when experiencing a reinvented culture but whatever, bring on the androgynous dystopia or utopia for who can say how it will turn out?

To bring storytelling and filmmaking into the cultural tabulation it seems to me that if the producers of the Korean Wave of pop culture had their druthers, the archetypes of character would decrease. You’d have thin vs. fat and hip vs. trad and cute vs. sexy, and of course old vs. young; and then you’d have those rich enough to buy designer clothes and those healthy enough to make them in a factory. You’d have the foreigner trying to steal the women and the foreigner who learned Korean so he could be on TV. Wait. I’m wrong about this. The permutations for character development and script treatments really are limitless. Actually, the most interesting East Asian character I have come across recently is Brenda Song playing Eduardo Saverin’s volatile girlfriend Christy Lee in The Social Network. There is a complexity of this interracial relationship which though some might call it melodramatic, to me anytime one of the couple starts a fire in the bedroom you are bringing something more basic and eternal into the presentation. Watch the scene. Oops I can’t find it on You Tube only “The Kissing Scene.” I wonder what’s up with that? 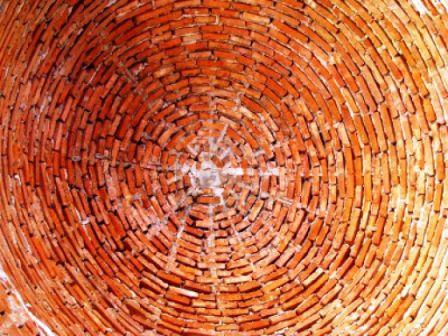 Now, there are currently more than a million Asian Americans enrolled in college — two-thirds of whom are concentrated in eight states. It would only take two percent of them collectively purchasing a book or DVD or CD to make it solidly profitable — supporting the work of a creative artist, and enabling that creator to continue doing what he or she does, with full freedom to make art that’s appealing and authentic and true to an Asian American experience.

This is the gist of something that, in our conversations, cultural critic and academic Oliver Wang has dubbed The Two Percent Project. Here’s how it might work: Get together a group of smart, influential tastemakers — journalists, critics, student leaders, bloggers. Have them select five indie Asian American creators — writers, filmmakers, musicians — from an open call that includes anyone with a brand-new, brashly different and commercially viable product.–Oliver Yang

But it seems that this Asian Creative Agenda wants to cut the umbilical cord from the motherland and re-tie the tribal shock chord to the Korean on the American campus. Is this rigging of the Asian aesthetic and experience on the American campus the best portal to produce art that goes beyond demographics? That is simply cool art? And I don’t think there is anyone who can convince me that cool art isn’t about breaking down everyday triteness and giving us something different.

Perhaps any cultural movement would want original shaman like the author of the article Jeff Yang in its vanguard and academic/marketer Oliver Wang in the engine room driving the force along but someone has to take a step sideways and consider of what goes in or really what does not go in to creating the product.  It’s obvious that I am not an international marketing strategist and could never truck with that kind of temperament, but I do like to meet people. At about the same time that I was trucking with the Barrack Obama presidential campaign here in Seoul, Democrats Abroad had a get together at a local expat spot. A Korean American woman came to meet me pitching her short documentary she shot in San Francisco about some video-journalist, Josh Wolf, who was imprisoned for filming protests that turned into a riot where both protesters and the police were seriously injured. She asked me to help get it shown at the Seoul Foreign Correspondents Club because the video-journalist would not turn his camera over to the authorities and she wanted to help spread his story about the struggle for his self-autonomy. Lots of street cred here for sure I thought, and the world needs hipster chicks with cameras as much as it needs anybody else, but there was something in the way she portrayed the relationship with her father. He never ever left Korea and was unlikely to do so. She only sees him maybe once a year. She kept interspersing the making of her documentary with hard-bitten wails on how she couldn’t understand her father and what compounded everything was that they were living in different countries but they understood that their lives became an allegory for family time. He was old and she was supposed to be at his side. After getting some info on Josh

Wolf, I gave her a contact at SFCC, yet still our conversations continued. I next sent her a link and suggested to her that she consider doing a documentary on East Asian men who had brought their families to California and were having a really hard go of it. That seemed fresh to me and exposure of real character vs. hyped up caricature. It also seemed like that was the documentary she really wanted to make as it was the life she was experiencing. When it seemed like it was the right time, I pressed her on this and she hung up the phone crying. I called back a couple of times but nothing. The day she was getting back on the plane to go home to California she phoned to relay to me how she was given strong compliments  from the journos and tools at the SFCC after showing her documentary.  I hope she makes another documentary… her real one not theirs.  Last I heard video-journalist Josh Wolf is running for mayor of San Francisco now and my short-time friend is not in touch.

So what’s my point? It seems the medieval tendencies still holding great currency in today’s dynamic Korea are not a power that the Asian art tigers want to fight nor engage with nor make cool art from. Better instead it seems to luxuriate in some sort of hip hop cred and stick it to the man who giggles at the phrase ‘The Kim-Chee-Culture-of-Production’, because it sounds cute and could be desperately true. It really seems comic. I won’t lose any sleep over it but it’s not very affirming if Korean American artists, tastemakers and marketers are California dreaming of only profitable Zip-codes.

Part II of  “(What’s so Funny ‘bout)  Peace, Gyopo Love and Literary Understanding?” is titled, “Daddy, please don’t take your shoes off ‘cause I know you want to jump.” Coming soon only on 3WM.

THE CRANES OF YONGDO: The Fight for Workers’ Rights in Busan