HomeUncategorizedWhat Really Happened to Robert Park in North Korea and Who Knows?

What Really Happened to Robert Park in North Korea and Who Knows? 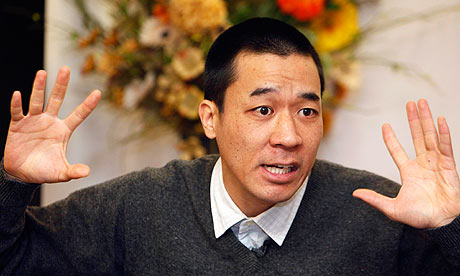 When 28-year-old Korean-American Robert Park crossed the frozen Tumen River that divides China and North Korea on Christmas Day 2009 somewhere near the northeastern North Korean city of Hoeryong, he carried a Bible and a few letters demanding that then-leader Kim Jong-il close all prison camps, release all prisoners and step down.

Just days earlier, Park told Reuters in an interview he requested be run after he’d entered the North, “My demand is that I do not want to be released. I don’t want President Obama to come and pay to get me out. But I want the North Korean people to be free. Until the concentration camps are liberated, I do not want to come out. If I have to die with them, I will…. And if he (Kim Jong-il) kills me, in a sense, I realize this is better. Then the governments of the world will become more prone to say something, and more embarrassed and more forced to make a statement.” Die he did not—he was released 43 days later on February 6—but what happened to him may have been a worse evil than death.

Park’s repeated hospitalizations in psychiatric hospitals and attempts to take his own life reveal a haunted and troubled young man. Yet the details of what happened to Park at the hands of the North remain mostly nebulous. In October of 2010, he told South Korean broadcaster KBS:

“The scars and wounds of the things that happened to me in North Korea are too intense,” he said. He added that to prevent him from divulging the details of his detention, the security forces carried out humiliating sexual torture. “As a result of what happened to me in North Korea, I’ve thrown away any kind of personal desire. I will never, you know, be able to have a marriage or any kind of relationship.”

Allusions to torture and sexual abuse have repeatedly been made in interviews with or statements by Park since that release which the North said came as a result of its decision “to leniently forgive and release him, taking his admission and sincere repentance of his wrong doings into consideration.” 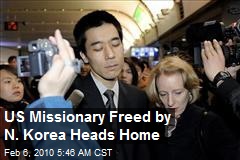 Whatever leniency the North provided, Park’s statement that “What I have seen and heard [in North Korea] convinced me that I misunderstood it. So I seriously repent of the wrong I committed, taken in by the West’s false propaganda,” was clearly coerced, dictated and simply a way for him to escape North Korea’s macabre machine.

Park, an ordained missionary and human rights activist from Arizona, has since returned to South Korea and is continuing to call for justice for North Koreans. Op-eds by Park in the Washington Post (April 2011) and another in the Harvard International Review (December 2011) articulately present the plight of North Koreans and demand international action.

But despite all of this and the passing of two years, people have continued to wonder what it is Park went through during his 43 days inside North Korea. So when South Korea’s leading news service, Yonhap, published a story on February 8 with extensive details about Park’s experiences—supposedly straight from his mouth—it seemed Park had broken his silence and gone through a cathartic spell. The specifics were graphic and grim with things like “’Several North Korean women surrounded me and did the worst thing to me to try to make me commit suicide,’ the 31-year-old said in a recent interview with Yonhap News Agency. He claimed the women laughed at him in a brightly illuminated room as they beat his genitals repeatedly with a club to ‘make me not to have a baby and get married forever.'” “’I am not a man,’ he said as he sobbed, suggesting he has lost the ability to perform sexually,” and “’I can be liberated from the trauma only through death,’ he said, adding that North Korea committed acts he chooses not to disclose in public due to the shame and the humiliation they would bring.”

North Korean women with clubs beating his genitals? No longer a man? Liberated only through death? The article further claims Park opened up to “let the world how bad North Korea is and to persuade others to support an end to decades of human rights abuses in the North.” That paragraph is followed by a quote from Park saying, “I can say details of torture to lawyers and in a court of law.” However, these are details and rather vivid ones at that.

Subsequent to the publishing of the Yonhap story came an article in Asia Times on February 11 from veteran journalist Donald Kirk highlighting Park’s furor over the publication of the Yonhap piece. Park calls it a “fabrication” and tells Kirk he demanded a retraction. Additionally, he accuses Yonhap of “corruption” for running the story and Kirk describes him as “near-suicidal again as a result of the article.” Park also tells Kirk he “never met the reporter who wrote the article.”

In response to questions about Park’s claims, the Yonhap reporter began, “I have many things to say re the article and Park, but I cannot tell u more because Park and I try to resolve the dispute over the article.” Thus a dispute was underway. In an email from Park to apparent members of Yonhap staff on February 9 obtained by 3WM, Park writes,

“You asked for my permission on the article. I refused. I sent three emails saying specifically I don’t permit for the article to be published.

Number one you never conducted a direct interview with me to get those quotes. I did not say those words to you directly.

Please retract the article and issue an apology.”

An additional inquiry to the author of the article was responded to with a reference to an advisory Yonhap posted regarding the dispute which reads:

SEOUL, Feb. 17 (Yonhap) — In a Feb. 8 story about Korean-American missionary Robert Park’s plan to sue North Korea over his sexual torture, Yonhap News Agency reported that Park made comments on the torture in an interview with Yonhap.

Yonhap had a face-to-face interview with Park in January, but it didn’t have another interview for the Feb. 8 story.

Yonhap quoted Park on the basis of an account provided by a person who attended the January interview, and showed the article to Park ahead of publication and obtained his confirmation, though he later asked that the story not be published.

An account “provided” by a “person” who “attended” the interview? Would that be a Yonhap journalist, the author of the article? “Showed,” “confirmation”—what is implied there? And what does “later” mean? If Yonhap was aiming for ambiguity, they succeeded. Clearly, Park’s request for an apology and retraction got short shrift. All attempts to reach Park about the advisory failed and the Yonhap journalist has ceased communication.

Out of the Blue and into the Black

Then on Saturday, February 18, at 2 p.m., activists and citizens gathered across the street from the Chinese Embassy in northern Seoul to ask for the release of some 30 North Korean defectors who are currently in the custody of Chinese authorities. This is directly connected to Park’s mission and he was to be there. The blustery afternoon saw some five police officers to each activist–less than 50 were in attendance–with more than ten police buses lining the streets around the embassy (three buses sat bumper to bumper in front of the embassy). But Park was not among the crowd and as the media swarmed around the scene—the AP, Reuters, YTN, KBS—it was clear people were waiting for him.

After the one-hour demonstration ended and the #Savemyfriend campaign—the group has a petition online and a Twitter page—was put out, David Kim, a recent Korean college graduate who joined the campaign because a friend’s sister is among the refugees in limbo in China, said Park was, “fluctuating” and couldn’t be reached. Reportedly, after attending the event, Park was set to start a hunger strike for the North Koreans. All of this and any further response to the Yonhap article halted without response. What Park went through in the North, what he is going through now and how Yonhap pieced together the article all remain a mystery. Perhaps journalist Donald Kirk said it best when he advised Park: “I reminded him he could do nothing about North Korea if he weren’t around to conduct his campaign. I also urged him to ‘forget the Yonhap story,’ telling him, ‘It doesn’t matter what they say, it’s what you think and know that counts.’”

Nevertheless, it may be what he knows that won’t leave him alone two years after the North put him through hell.