HomePoliticsConspiracy and Conjecture: Who Sunk the Cheonan?

Conspiracy and Conjecture: Who Sunk the Cheonan? 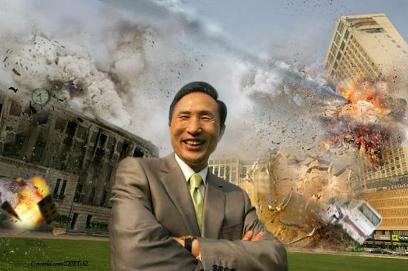 Tensions on the Korean Peninsula have risen to their highest point in a generation.  Reactions from all sides to the sinking of the Cheonan have ranged from the bellicose to the bizarre.  While I believe that it was indeed a North Korean attack (for reasons I will explain later), other theories abound.  A theory presented to me by my otherwise rational co-teacher is that the Cheonan was sunk as part of a false flag operation, designed to boost the popularity of Lee Myung-Bak’s famously hard-line stance against Pyongyang.  The timing of this, before local elections, was her main reason for thinking along these lines.  A quick online search shows that she, worryingly, isn’t alone (here) and some writers (according to this) think of it even as justification for a resumption of the Korean War.  Comparisons to the Gulf of Tonkin incident, which led to increased US involvement in Vietnam, have been made in 3 of the websites I have provided links for.  However, I could write about the numerous other theories (RAND Corporation, Chinese, Lizard Kings from under the earth) until a few weeks after I’m dead, I’ll stick to the “LMB Conspiracy” idea.

The idea that the Cheonan sinking is Korea’s answer to the Gleiwitz Incident is supported by South Korean bloggers and is also propagated by some Western journalists.  Such an accusation would find willing supporters in South Korea, as Lee Myung-bak is held indirectly responsible in some circles for the suicide of his popular predecessor Roh Moo-Hyun.  However, as comforting it may be for anti-establishment types to pin this tragedy on an already unpopular incumbent, there are several gaping holes that render the conspiracy idea impractical and slightly absurd.  For starters, an operation such as this would require keeping a lot of people quiet.  While the crew of a midget submarine (of which the south has 2) is only 6 or 8, the support staff, the immediate superiors, radar operators on board the Cheonan’s sister ship, the Sokcho (along with the ships running the exercise alongside the Cheonan), their superiors, the international survey team afterward, members of LMB’s cabinet, the navy divers, and the rest of the rescue team would need to be kept quiet too.  That’s a lot of backhanders and a lot of trust for a country that has seen the last 5 of its presidents accused of corruption.

The other main reason that the LMB Conspiracy theory holds less water than the Cheonan itself is that, in simple terms, the south has far too much to lose from such a rash act of provocation.  Seoul is one of the greatest cities in the Asia-Pacific area, no matter how many expats would like to complain about it.  It is also where the North has most of its artillery pointed.  If war were to occur, a city of 10 million people would be wiped off the map, along with the centre of South Korean industry, commerce and culture.  There are also economic considerations at play here.  Every time the North makes one of its colourfully written threats (which after my time here I find more comical than threatening – they remind me of the Iraqi Information Ministry), the won takes a dip.  If war were to occur, it would wreck his country’s fragile economy, regardless of who fired the first shot.  Lee knows this.  Which is why any theory that pins him to the sinking is unreasonable.

The North, on the other hand, has the means and the motive to carry this off.  Defector testimony, as recorded in Bradley Martin’s Under The Loving Care of the Fatherly Leader (a must read for the Northly curious), alleges that the North has the largest special operations division in the world, trained to attack specific targets.  The motives are numerous also; a distraction from the upcoming G20 summit, retribution for earlier skirmishes where the South has beaten the north, a power play by a North Korean general – theories abound.  And, since very little news comes from the North that doesn’t involve inflicting nuclear hellfire on the South, theories are all we have to go on as to why. The North also has a proven track record in attempting to diminish its richer brother’s glory, as shown by its bombing of a Korean Air flight to scare teams away from the 1988 Seoul Summer Olympics.

All things considered, as much as people would like it to be an elaborate neo-con/military industrial complex/alien space bat conspiracy, it’s increasingly clear that the Cheonan was sunk by an angry, desperate government trying to show that it can still cut it in the military stakes.  Time to put away our tinfoil hats.

Andy Morris is an aspiring writer and photographer.  He was born and raised in the UK, and came to Korea to experience life outside the dead industrial towns of his youth. He currently lives in Yongin City, where he can be found wandering around with his camera, talking to whomever will listen, watching and complaining about movies, and