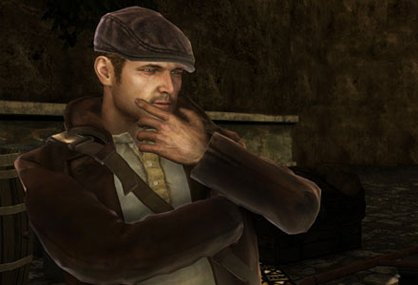 Editor’s Note: This is installment one in a three-part memoir where the writer reflects on the collection of events that led up to one major wake-up call here in Korea.

I remember turfing a deeply sleeping girlfriend out of her bed onto the floor, all for the sake of an argument neither of us could recall. I’ve attacked an old, old friend on Christmas day as we walked home from the pub after a mighty, daylong session. I attempted to smash all the crockery in the house, when we lived on Cardiff road, South Wales above that aquatic, often naked and mad woman who broke Norman Verner’s soft, pink heart. There was that time I made Alex D think I’d jumped to my untimely and idiot death along a stretch of train track near Grassy bank, after coming at Hog and Duncan like a screaming, pissed up banshee.

I recall frequenting a whore closer to my mother’s age than mine. One night I slept with her, literally slept: she was too drunk. I paid her nonetheless and she promised me a free one the next time I visited. When I came back for the free one at the end of another evening’s boozing downtown, low and behold she denied all knowledge of my down payment and her offer. So I set about breaking the place up, threatening to put her precious fish tank and the fucking TV through the forsaken window. In the end (this being Korea), I yanked a sliding door off the front of her shack come house, from inside of which she and her fat, warty Madame cursed me at the top of their nicotine scarred lungs. Meanwhile, hearing the commotion all the other prostitutes in the cheek by jowly neighbourhood came out to watch.

New Year’s Eve one rainy Sussex night, drunk on vodka, I got my nose broken, somehow. The medical facts were there for all to see and none to dispute on the X-ray, when I eventually made it to A&E, after hobbling across a public transport-less town like a saddle sore cowboy with a panda fetish. Yet I had absolutely no idea how this nose of mine was broken nor by whom. Unable to locate my wallet on that new morning I cancelled all the cards therein like a good boy scout, only to find the wallet with the cards inside safe as houses on the garden wall, when I opened the front door to get some air.

I’ve woken from a beautiful, restful sleep to find out that sometime during the night I had inadvertently puked all over myself and my bedding, having been too inebriated to get to the bathroom. Drunk on vodka (do you discern a pattern developing?) I’ve wandered from a party hosted by a big-boned, talent-less Dutch girl to fuck a blotchy, stupid, mischievous scouse woman on her period, who went on to sleep with both my housemates before we knew it was too late. Her blood had dried on my hands by the time I got home and C never could fathom nor forgive. 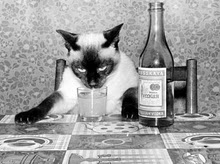 I have awoken in a strange bed with what I thought (out of the corner of my hung-over eye) was a stranger, only for it to turn out to be Alex D (don’t ask). I’ve confronted townies being a little too forward with my sister, only to bottle it and run up and down the high street like Eric Liddell. I’ve twice been arrested for drunk and disorderly; once while having an argument with S, on a quiet Wednesday night in Norwich. To emphasize my unhappiness I would alternately head-but the bus-stop then lie down in the road; getting out of the way whenever I heard a car coming. Unfortunately the next car turned out to be the Norfolk Constabulary. When I had goaded them into chasing me and they, sober, accepted, my fate was sealed.

The other time was also mid-week, only this time for better or worse no girls were involved, just the lads, the booze, the police and their dogs. It used to be an incident friends’ would bring up and embellish at parties. Oh you remember the night when J got arrested in Yarm and he ran for it and they had to bring out the van with the police dogs. How he struggled and struggled when eventually cornered down by the barbershop. Then he said OK stop, if you let go of me I’ll get in the back of the van. Of course once they let go he was through a copper’s legs, heading for Yarm bridge (and freedom), only to be unceremoniously surrounded by snarling German shepherds, man-handled, handcuffed and thrown into the back of a van and driven to Stockton police station.

I’ve wrestled on the floor with two grown men—housemates and friends of mine— in an attempt to land a punch on Cassidy. Which did in fact work but upset Rosey and later still the neighbours; if the sound of a stereo being trashed and windows broken hadn’t already vexed them or woken them from their domestic stupor. I almost had a fight with Vincent aka the Black Pigeon over whether or not Michael Manley and Edward Seaga, the fourth and fifth Prime Ministers of Jamaica were black or white. Vincent was certain they were white. I v 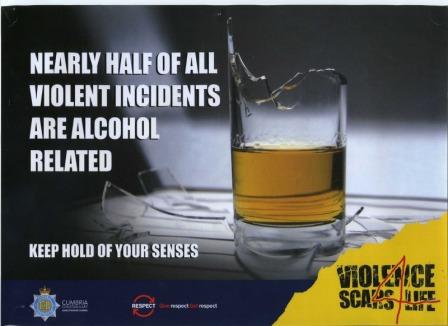 iolently held to the idea they were very light skinned, black men. At the time this seemed to me to be a most telling detail in relation to Jamaican history even world history. Or it could’ve been that he was successfully chatting up the two Swedish girls I found first at the squat, where we did that pirate radio show.

There was a time in Bucharest when I tried to beat the shit out of an ex-pat who had been bothering the girls in the bar and grill, not far from the Syrian embassy, where I was drinking a cocktail, but he got to the safety of his car before I could lay my hands on him. The proprietor and the girls didn’t seem to appreciate my chivalry.

All these things I’ve done but none of them made me see sense and stop drinking until I woke up handcuffed to a sofa in a police station somewhere in Pohang, South Korea. That was the straw that broke the camel’s back: and I haven’t been back since. 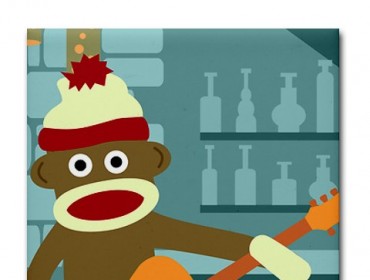 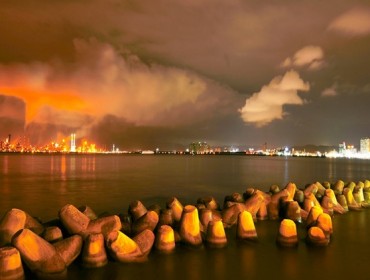 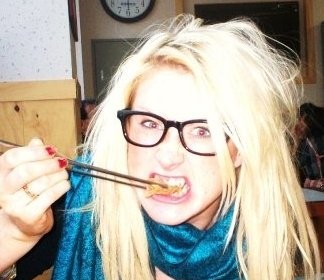