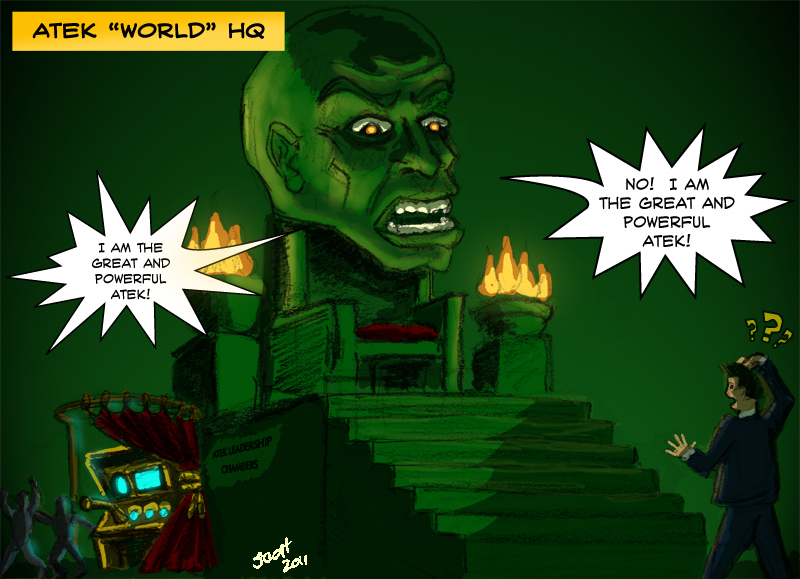 This is Part 1 in a series about ATEK’s past and present.

There is no truth. There is only perception. —Gustave Flaubert

Barely two years ago, The Association for Teachers of English in Korea (ATEK) officially stepped on stage to begin a show that by now has resembled something of a Shakespearean tragedy or the recent Broadway musical “Spider-Man: Turn off the Dark” which has turned into a $65 million debacle.  ATEK’s vision was grandiose, its staff ambitious, its message scripted, its theater vast.

“We need information that helps us understand, protects our rights and gives us better access to services, improves our teaching, and makes living and working in Korea more convenient,” said founding President Tom Rainey-Smith of New Zealand, then 27, and one of the founding triad, at a press conference on March 11, 2009 to announce the launch or, if you will, the beginning of Act I.

At the time, Rainey-Smith, Vice President Jason Thomas, a Canadian, and Spokesman Tony Hellmann, an American, were all teachers with Rainey-Smith and Thomas also belonging to Amnesty G48 an official chapter of Amnesty International Korea for speakers of English based in Seoul.

Though details are mixed about the exact spark that motivated the founders—allegedly Rainey-Smith and Thomas were partly driven by the death of Bill Kapoun an expat teacher who died in March of 2008 as a result of injuries sustained during a fire in his apartment (Kapoun was not fully covered by Korea’s national health insurance plan due to his part-time status)—it’s clear that they wanted to try to help the many thousands of English teachers living and working in South Korea.

Yet in hindsight, it is obvious that they didn’t know what they were getting into and quickly ended up over their heads. It wasn’t Kansas anymore—they stood in a foreign land with complicated laws, a byzantine immigration service, a shady private hagwon system, and, in part, a xenophobic and nationalistic populous. Add to that the fact that many teachers are short-timers who have little interest in or stomach for some drawn out legal dispute when they could just head home or on to another land. (Flying below the radar is far safer than taking on the men in shiny suits who hold little sympathy for foreign “guests.”)

Nevertheless, they came out firing—with what may have been blanks—presenting a plan to give accommodations to wrongly terminated teachers, to provide consultation with a labor attorney in disputes and to take on certain National Immigration Service visa requirements, especially those targeting E-2 holders who make up so

me 80% of all English teachers in Korea. Bold. Broad. Naïve.

“We are not a union,” said Hellmann on that inaugural day—it was an “association”—as if to assuage any concern Koreans might have had, if they had any at all. Still, saying you’re not a union but announcing plans to take on labor issues and provide legal consultation in disputes with Korean employers for a potential pool of 20,000 members appears antithetical not to mention amateurish. But it was, after all, a non-profit organization, as Hellmann said. As a result, Rainey-Smith, Thomas and Hellmann would be grappling with a gargantuan task sans remuneration—if they even envisioned 50 troubled teachers showing up with grievances, legal or otherwise, the magnitude of what they’d taken on might have manifested itself (or perhaps they did and ignored it).

What’s bemusing is that they’d had a year to size things up and had been in the news several times. Rainey-Smith and Thomas conceptualized the idea more than a year before the March 2009 official launch and one source referenced a blog post—no longer active—that had Hellmann declaring, “ATEK became a concept because Tom Rainey-Smith and Jason Thomas independently decided something must be done about the unfortunate circumstances surrounding the accidental death of Bill Kapoun.” Attempts to get Rainey-Smith to confirm this for this article were met with an odd e-mail from ATEK, not Rainey-Smith, which read, “As for the questions you have asked the former president Tom Rainey-Smith, ATEK will answer them.” This was followed by the generic statement: “After founding the association, writing a publication, and launching a national media campaign, Tom left his acting role as president.” Whatever the reason for the subterfuge about the founding, it remains that ATEK operated “unofficially” for a year announcing and attempting to carry out plans but not accepting members. They had a year to assess the environment and to identify targets and threats (both of which were blatantly obvious).

Nevertheless, ignorance firmly fixed itself to the name ATEK and, as Goethe said, “There is nothing so frightful as ignorance in action.” The recipe had been written and disaster stood atop the page—within months of their March press conference, all three men would vacate their positions.  Despite their departure, the comedy (or tragedy) of errors and egos carried on.

If you build it they will come?

The impression that ATEK’s Website gives to a first-time visitor (and perhaps to those whom return) is one of complexity, superficiality and bloated bureaucracy. At a glance, any common user sees the typical parent categories: About Us, Member Forums, National Directory, Local Directory, Join and sidebar categories like Join ATEK! (the second of at least five join options on the front page), Bylaws, Help, Survey & Reports, Employment/Legal, Ethics, Commissions (Hagwon, Public School, Social, Human Rights), News, Learn More and so on. When one hovers over the National and Local Directories’, menus drop with 23 and 16 different 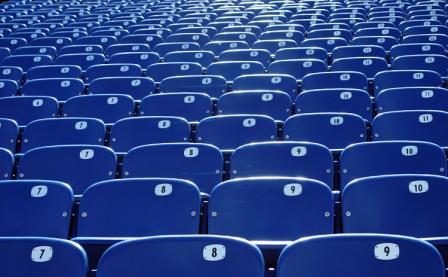 subcategories, respectively. The message seems to be: We are big; We are important; We make things happen; Join the mission! A mantra that beats in the chests of the leadership and could easily translate into an alternative acronym: Awesome, Terrific, Exceptional, Kick-ass. Surely there is nothing wrong with self-promotion, building the brand and doing it with chutzpah—such is the digital age.

Yet, after spending some time sifting below the elaborate surface and pulling aside some curtains, it’s easy to get the feeling that they built it but hardly anyone came. While the leadership drafts extensive Bylaws, creates innumerous posts to be filled (currently there are 64 leadership posts and only 21 are filled), announces aspirational agendas and delegates inane tasks, the ranks remain sparse and recruits aren’t exactly lining up (the current membership number stands at 1221).

According to the Korea Immigration Service, some 25,000 English teachers currently reside in Korea with the large majority, approximately 20,000, being E-2 visa holders. ATEK’s Web site seems built for numbers like this but, if the data are accurate, reaches about 5% of the total. A membership breakdown sits on the site for anyone to see and might lead to some head scratching. It’s important, first, to understand that ATEK has both local and national councils with the local councils containing Provincial/Metropolitan Associations (PMAs) that elect individuals to aid teachers in that region (there are 16 regions across the peninsula). Those same PMAs elect the National Council members who operate on a countrywide basis. Bicameral might come to mind. Where it gets murkier (or clearer depending on what you’re looking for) is in the “classes” of membership: General and Associate. General members are confirmed teachers who, one would think, must make up the majority of the association.  Associate members are, according to ATEK, “everyone who is concerned about the status of education in Korea.” With this clarified, a glance at the membership breakdown reveals general members numbering 136. One. Hundred. Thirty. Six. Associate members number more than 1,000.

Regardless of that shortcoming stands the fact that there is barely a skeleton crew running the association—simply, many of the leadership positions have “none” next to their titles. Positions like Vice President, Emergency Needs Committee Chair, Blood Bank Coordinator, Hagwon Commission Chair, Public School Commission Chair, Human Rights Committee Chair and many more are empty. Almost no one has charge of positions that deal with the core concerns of the association.

So what happens when you build it and they don’t come? When you rule over a kingdom of none? Clearly, the show must go on—people have titles, roles, duties, egos. Appearances must be kept, prides preserved and any internal positioning squashed.

But it’s hard to prevent infighting in an organization that’s desperate to make progress, faces constant critiques and requires council representatives to dedicate their time for free. It’s even harder in an organization that attracts egomaniacs, ladder climbers, resume builders and short-timers. Remember that the three original founding board members stepped down within months of the launch. ATEK is now on its third president and so many other people have come and gone that it’s difficult to keep track on a daily basis (the vice president just left after only a few months and the Website doesn’t even have a Webmaster).

When asked about the leadership void, current President Jae-hee Oh, an English tutor in Busan who has been president since September 2010, said, “We in ATEK’s leadership are the first to admit that this is not enough. More than anything, we need people to step in the fill these positions so that we can reach the goals we have set out for ourselves.”

However, a recent meltdown among the leadership, which will be covered in a future installment, contradicts Oh’s response and reveals continuing quandaries within ATEK, only a few years on. 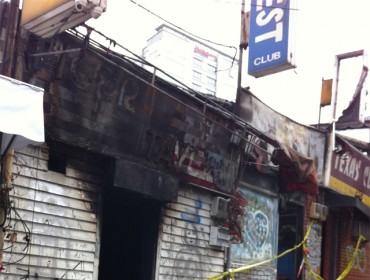