HomeFrom the SceneWho and What Started the Fire on Itaewon’s Hooker Hill?

From the Scene
March 26, 2012Hooker HillItaewonreportageUSFK7358Views 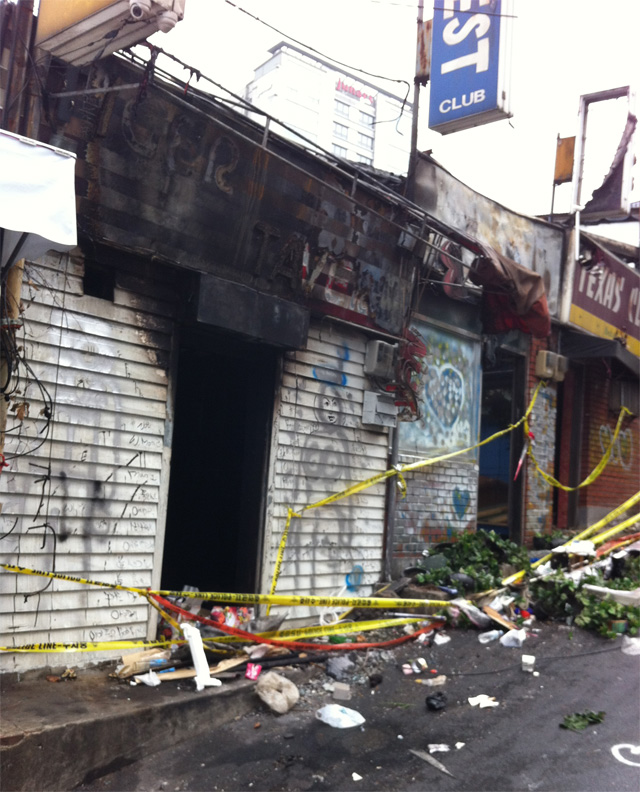 The fire that tore through a strip of bars on Hooker Hill in Itaewon on November 15, 2011 at approximately 2:30 a.m. was started in Tiger Tavern by a “big” candle that Army Pfc. Marcos Pedraza-Pascual, 21, took from a table, lit and placed on a bed to ward off the stench coming from a nearby bathroom, said Pedraza-Pascual during his March 21 hearing at the Seoul Central Distict Court.

Pedraza-Pascual also testified that he drank 10 beers during the course of the night, six of them from a six pack that he drank “quickly” in his barracks south of Seoul so he could get to and from Itaewon before the midnight curfew set by commanders in October and extended in November. The emphasis on alcohol consumed by the private appeared to play to his plea of not purposely starting the fire though the head judge’s skepticism was evident by his repeated questions: “So you drank over a spread out time so you weren’t very intoxicated?” asked the judge followed by, “So you were kind of drunk?”

Pedraza-Pascual, a soldier with the 8th Army’s Tango (Tactical Air Naval Group Operations) Company, was accompanied by his attorney, Kim Jong Pyo, a frail elderly man appointed by the USFK, who read a long statement in Korean to the three-judge bench while Pedraza-Pascual, a short, wiry man from Puerto Rico, sat swallowed up by his chair. When attorney Lee reached the part of the statement that referred to the private moving the candle to stop the foul smell coming from the bathroom, one of the younger judges, a man (there was also a young female judge on the bench), laughed under his breath, shook his head and looked down.

Part of Pedraza-Pascual’s story involved him—once he realized the fire had started and was spreading—leaving the bar in search of a fire extinguisher. “A couple of minutes after I left looking for a fire extinguisher I heard a fire truck siren and then the streets were blocked by an ambulance and fire trucks,” Pedraza-Pascual explained. The judge made sure to confirm: “After a few minutes you heard a siren and then the streets were blocked and you couldn’t return?” “Yes,” the private answered. “How many minutes?” asked the judge. “I went to a motel up at the top of the hill…I kept running up…everything was closed…there was nothing,” answered Pedraza-Pascual. The judge again asked how long it took; was it 45 minutes? “I can’t think of how long…I don’t know how long,” said the private. “It wasn’t more than 30 minutes.” At this point the judge talked to himself but in English, repeating what he thought he’d heard. “Few minutes, more than 30 minutes,” he muttered (there are microphones and a keen sound system in the courtrooms). There hadn’t been any interpretation.

During the hearing this sort of thing happened several times—the judge would communicate directly with the lawyer at length without interpretation for Pedraza-Pascual and the judge would bypass the interpreter during some of the private’s responses. It was as if the judge wanted to undermine the female interpreter’s role or maybe it was punishment for her late arrival at the court which caused the 3:30 p.m. hearing to begin at 3:47 (something the attorneys in the room commented on negatively). Upon arrival, she apologized profusely, saying another hearing had finished late but the judge’s initial apology to the gallery in English and his later slights indicated he may have been less than pleased.

Once the interpreter cleared up the time confusion and clarified that Pedraza-Pascual had said, “less than 30 minutes,” the judge went over the alcohol intake and finished his questioning by saying, “Since you are denying setting a fire purposely, the court will have to examine evidence closely.”

The Prosecution had submitted an evidence list with 40 items to the court which the court presented to attorney Kim who then stated the items he would challenge, among them a failed polygraph test and the statements of witnesses at the scene of the fire. Also among the evidence is CCTV footage taken from the area on the night of the alleged crime that, presumably, could corroborate or disprove Pedraza-Pascual’s contention that he ran around looking for a fire extinguisher.

Damage to five bars—Tiger Tavern, Best Club, Texas Club, Bar Capital and Madrid—which have now been demolished leaving a vacant lot, has been reported at 25 million won, 35 million won and 70 million won but discussions with several proprietors in the area, including Polly Song who runs Debut Bar which sits directly next to where the fire occurred, said the value of each bar would exceed those numbers. Yet, additionally, she said no one wants to buy the current establishments on the hill—she rents her space from a landowner—because the road will be widened in the future according to Yongsan officials.

When first speaking to Song in late February, she said some developers wanted to build a 9-story hotel on the site where the bars had been but would have a hard time because some laws prohibited a hotel with a nightclub from being built within 300 meters of a grade school (Hooker Hill is less than 300 meters from Bogwang elementary school). However, upon returning to the area March 23, an excavator could be seen at the vacant lot and Song said the hotel had been approved by Yongsan authorities. “I spoke with the builders and they said it will be completed in a year or a year and a half,” she said. Asked about the quick turn of events Song replied, “The lease for that group of bars was up in September and I was told developers approached the local Yongsan office then.” This is not the first time the September lease expiration has come up.

What really happened on the night of November 14 into the wee hours of November 15 remains a mystery, though some witnesses claim Pedraza-Pascual got into an argument with the female worker at Tiger Tavern which escalated and led to a fire. Reports from Yonhap News Agency claim the fire was started when a soldier started the fire “by pouring oil on a stove”—this according to Yongsan police—while the JoongAng Daily credits the Yongsan Fire Station with saying that the fire was started with a candle.

Why there was an argument has also been presented in different ways: The private was told to go home; He had a 400,000 won bill that he was not happy about. Speaking with Kim Sam-Sook, owner of the Grand Ole Oprey Bar, which is across the street from the scene of the fire, revealed some intriguing details. Kim, who has been on the Hill for 32 years, said that the girl in the bar, Lee So-Yoon, had spent two hours with “the soldier” and charged him an excessive amount of money for whatever happened in the bar. “She lied,” said Kim referring to the amount that Lee had told Pedraza-Pascual he owed. She added that Lee, who is scheduled to appear at Pedraza-Pascual’s next hearing, had hidden the private from Military Police on patrol and locked the door of the bar.

Kim then said that Lee never should have been operating the bar in the first place. “On September third everybody was told to move out of those bars,” said Kim referring to the five establishments. “Once the year lease was over the license was also finished.” Kim went on to explain that the bar was off limits to USFK service members for years—since 2003, according to USFK officials—and for that reason the bar worker never should have asked him in or permitted him to stay. “The army can’t go there and she knows she can’t bring soldiers,” said Kim. Lee had violated any number of restrictions and, according to Kim, scammed Pedraza-Pascual. Kim, who was at her bar that night, said the soldier had left and some time later, a fire was noticeable. “He leaves the place and 20 minutes later, there was a fire—it was too long,” she said, insinuating that too much time had passed between the private’s departure from Tiger Tavern and any actual sign of a fire.

After our discussion, Ms. Kim directed me up the Hill to the Honey Bar where someone with more specific information could be found. This woman, who said she’d spoken with police about the night, explained that she’d seen Pedraza-Pascual coming up the hill on the CCTV monitor which sits at the edge of the second floor bar which several girls were sitting along when I arrived–waiting, I’d seen her come up the hill on the monitor. When she went out to see what was going on, she asked him what was wrong. “I saw him come by and asked what was going on because he was looking around,” said the woman who asked to remain anonymous given the ongoing case. “He said he’d stayed a few hours in the bar and the bill was 400,000 won,” she explained. “He was worried about the military because he couldn’t go back to his base.” The woman then said that the bar owner came up the hill minutes later and said the man had started a fire. “She said, ‘he made a fire,’ but I didn’t see any fire so I asked, ‘where is the fire?” The woman then asked the Tiger Tavern worker, Lee, why she wasn’t dealing with the fire but she ignored her. At that time the woman went into the Honey Bar to look for an extinguisher which she found but it did not work. “About 15 minutes passed before there was any sign of a fire,” said the woman.

Her opinion of things is that Lee and another woman who was in the bar ripped off the private and then started the fire with hopes of getting some money out of a soldier. “He didn’t do it, that I am sure of,” she said. “That woman [Lee] is a bad person and everyone here knows it—she gives our business a bad name and only cares about money,” she said. Other woman at the bar chimed in during the conversation and said the CCTV would prove it (they said the police had taken the footage from various establishments throughout the area). Though they said they did not trust the authorities to do the right thing.

Before the March 21 hearing, Pedraza-Pascual sat outside Courtroom 311 with a few soldiers nearby and attorney Kim speaking to his Korean girlfriend. The young soldier shifted his gaze from side to side and looked surprised that media would cover his story. Regarding his attorney, Pedraza-Pascual said, “They just gave him to me,” referring to the army. Once inside the courtroom, he put his hand over his face, palm on chin, in a sort of how-did-I-get-here display. And how he got here remains unclear. What is fact is that he was out well past curfew and at the scene of a fire that consumed several establishments, which he claims started with a candle he placed on a bed to disperse the stench coming from the bathroom. Why the locals’ stories offer details not presented in his defense is not clear.

On April 24, the trial will continue with all challenged prosecutorial evidence under scrutiny. Two witnesses are scheduled to appear and attorney Kim will have a chance to pick apart the CCTV footage. Meanwhile, Pfc. Pedraza-Pascual remains with Tango Company “with restrictions on his liberty,” according to U.S. Army Spokesman Lieutenant Michael B. Sennett. 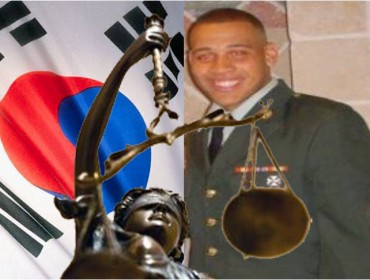 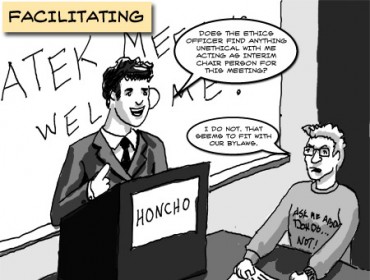