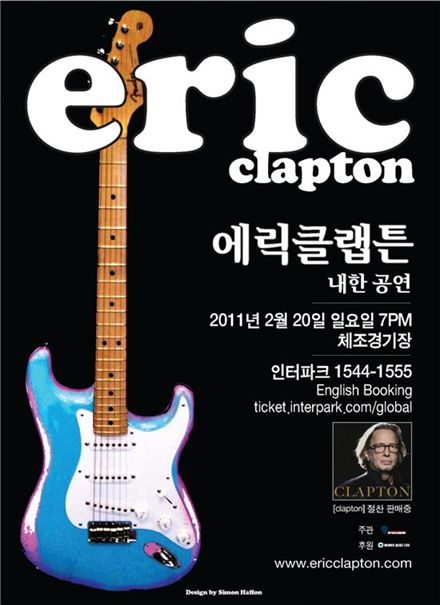 Eric Clapton… it’s the first in what’ll hopefully be a trio of good concerts (Iron Maiden, and either Slash or the Eagles). I’m on the bus now, that long haul from Jinhae to Seoul, which is four and a half hours. I wrote some of this while listening to a super mix on my mp3 player (the tunes I snagged for the dinner get-together with Jini and her sister, one song by most every band I have, except death metal and thrash). That’s about 150 songs, although only up to ‘M.’

BK–a new acquaintance–offered to drive me to the bus station. We’d been lying together without the company of our clothes for a lazy Sunday(a new couple day). Finally, as she showered, I packed. Then I showered, and on the way to the bus station, I got some makgeolli for the ride, plus food for my breakfast. I couldn’t find a flower, so I bought BK some chocolate kisses to give to her before catching the bus to Seoul, with only minutes to spare. As silly as it sounds, on the bus there were only two passengers. It was this older guy toward the front and myself. Really it was kind of crazy.

Back to Eric Clapton… for the longest time, the only material I had by him was Cream’s

Disraeli Gears.  I’d also had the Goodbye album by Cream, but had sold it. Soon after coming to South Korea, I bought These Were the Days, which is the Cream box set. It’s four CD’s. They only have three studio albums, and then some live albums.

***
Hey, I’m on the bus to Seoul now. I cheated with this concert, looking up the set list in advance. I found out that the only Cream song that Sir Eric Clapton (I’m sorry, but am I the only one who thinks that knighting musicians is rather silly) was playing of Cream was “Badge.” Damn, where’s “Sunshine of Your Love”? Well, maybe he’ll tweak his set list for Seoul. Seoul was his fourth stop, going from Dubai to Singapore, to Thailand, and then here.

Knowing in November that I’d be going to this show, earlier this year I bought the Derek and the Dominos album, as well as Blind Faith, both of them one-off projects that featured Eric Clapton soon after Cream’s breakup. “Layla” looks to be a fixture. The scene in Goodfellas with that song is cemented in my mind I never knew who did that song or much about it until now. I haven’t listened to those two albums enough yet to recognize what other songs, if any, he’ll play from the albums if he follows this set list. There’re some signature blues covers he’ll likely perform (hello, Muddy Waters and Willie Dixon). I’ll write more about this on the subway.

This is later, and boy, was I happy that I took the 1 p.m. and not the 2 p.m. bus. First, I hadn’t noticed, but the show was at 7, not 8. Second, when Eric Clapton says that his show starts at 7… well, he’s a punctual guy. I might have missed half of the first song. I was assisted to my seat as Eric was in the midst of Willie Dixon’s much covered “Hoochie Coochie Man.” And speaking of being assisted to my seat, I needed that, because compared to all the other shows that I saw at the Olympic Stadium, this one looked to be nearly sold out. I saw no empty seats. Did I miss “Key to the Highway”? I know that I heard him do “Goin’ Down Slow,” which I think is a switch from his set list. That song was second, and not third, in other places.

Ah, yes… the infamous set list issue. For a band or musician I don’t know so well, I’m all for it. For a band I know quite well, I think I’d rather be surprised. And now I have confirmation from that set list site. I was probably in the midst of racing into the venue as Eric Clapton played “Key to the Highway,” one of three Derek and the Dominos songs that he played. By the time he did his second song, “Goin’ Down Slow,” I was settling in my seat. By the time he was doing “Hoochie Coochie Man,” the Willie Dixon song that’s been covered by a number of musicians, I was totally settled. 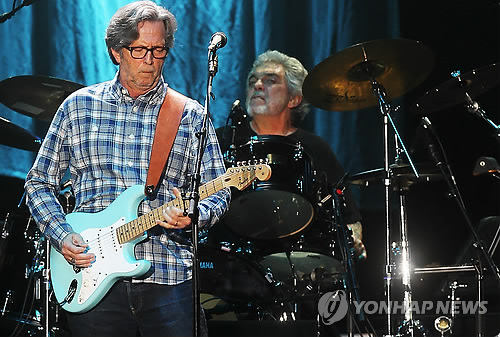 There was Eric Clapton in his basic form, blue jeans and blue flannel shirt. This is the first time I was seeing him live, so I have no standard of comparison, but to me he sounded on top of his game both vocally and on guitar. I began to make a comparison in my mind. Back in 2007, I saw both Ozzy and Ronnie Dio within months of each other, Ozzy for Ozzfest and Dio with Black Sabbath (also known as Heaven and Hell). The comparison I’m drawing is with those two compared to Bob Dylan (who I saw a year ago) and Eric Clapton.

Stick with me here.

With Bob Dylan and Eric Clapton, the genre is a bit different, but there is some overlap. And Bob only has three years on Eric. Just like Dio was to Ozzy, so was Eric to Bob. You go to see Ozzy or Dylan because they’re legends, but to be honest, they tend to be in slightly rusty form. By comparison, Ronnie Dio was back then, and Eric Clapton is now, in damn good form. That’s my comparison.

Like Bob Dylan, Eric Clapton said nothing. I like for a vocalist to have a little something to say to the audience for whom he’s playing. As for band setup, there were two fellows on the keyboards, one on each side of the stage (a black guy and a skinny white guy). I think it was during the fourth song, “Old Love,” when the black keyboard player had his solo, and also did this vocal thing that reminded me of an auto-tune effect.

I very much dislike the auto-tuning vocal style, although that was a bit 70-ish, where his vocals almost sound like the keys on the keyboard. He had some tube in his throat. And now, it’s time to jump around like a bullfrog. I already mentioned one cover. The other covers are famous in Eric’s repertoire. There was Bob Dylan’s “I Shot the Sheriff.” Toward the end of the night, you had Bo Diddley’s “Before You Accuse Me,” and finally that very early blues legend who possibly sold his soul to the devil… Robert Johnson’s “A Little Queen of Spades,” as the third to last song, and for an encore to close it all out, “Crossroads,” which Eric Clapton covered way back with Cream.

What about the rest of the band?

There was a bass player, who never seemed to make it onto the big overhead screen. There was the drummer, of course, and two black female singers set in the back, more or less vocal depending on the song. Eric got simple and acoustic with several tracks.

There was “Driftin’,” and then “River Runs Deep” and “Rockin’ Chair,” with very amusing lyrics. I don’t have the “ac” note next to “Nobody Knows You When You’re Down and Out” (another Derek and the Dominos number), but I’m pretty sure that he did that simple and acoustic, too. With “same Old Blues,” he went electric again. I have to mention that a fellow Audio Tavern writer, Mr. Adler, left a permanent impression on me, both humorous and horrifying when it comes to guitar solo guys. The idea was that the look on their face is one that conveys undergoing a painful bowel movement as they perform their solos. It’s likely that I’ll never get that thought out of my head while watching guitarists doing their solos. This show was no exception, apologies to Sir Eric Clapton.

And now we have an interruption.

Now we get into the “Layla” lore.

Say… wasn’t that written about one of the Beatles’ wives, I ask myself.

For a second, I thought it was John Lennon’s first wife. But no, we’re talking about George Harrison and Pattie Boyd. This middle grouping of songs, or later middle, all have to do with that situation. Eric played one other Cream song, which was “Badge,” for which I think George did some work, credited under an alias. We have the most popular song by Derek and the Dominos next, which is “Layla.” I was a little disappointed that this wasn’t the rock out version with the trippy interlude, so awesome in Goodfellas, which was the first time that that song really registered with me.

No… this was a sedate version of “Layla,” which I believe Eric tends to do when live. And it was about George’s wife at the time. Eric later married her when she and George divorced (and in the late eighties, she and Eric divorced). I think “Wonderful Tonight,” a song that I recognized but never identified with as being Eric Clapton, was written for her for their wedding night. Shouldn’t they make a movie about Eric, George, and her? Was “When Somebody Thinks You’re Wonderful” also about this situation? I’ll look it up. Yes or no?

Well, that was a four-song cluster that Eric performed live, and that’s nearly the end of the show. We only have the second to last song, which was “Cocaine,” another song I recognized but never attributed to Eric Clapton. I noticed that in Singapore, the last two songs were “Farther Up the Road” and “Crossroads.” Comparing set lists from the same tour makes you wonder. Sometimes a band switches a song out or exchanges it with another because it’s not working. Other times, there may be other reasons. Singapore being the somewhat strict place that it is, was this a case of Eric doing a bit of self-censoring?

Later that night, as Eric Clapton and I split a bottle of makgeolli together, I was able to ask him that question (ha). So the show was over early because it started early. Maybe I could see the BK. It was a spur of the moment thought. I was still dizzy from our meeting. 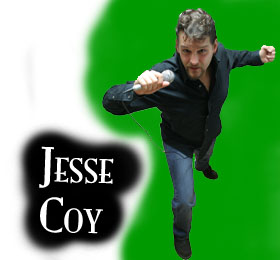