As many of our readers know, the last two months saw a run up to some technical issues with our news site.

As some noticed, we were taken off-line on the 1st May 2011 by Bluehost, the hosting company running our server. Due to varying flaws lined out in their Terms & Conditions that we had not initially anticipated breaching, we were ‘down’ for just under 24 hours.

Due to the content of recently filed articles and the fall-out of some good old fashioned rigorous debate, we were thrown a curve-ball in discovering that Bluehost did not, in practice, support the basic laws of a free press. Bluehost suggested that thethreewisemonkeys.com switch to a different, “more viable” hosting service due to the idea of freedom of speech being “a different matter”.

Consequently, 3WM made the necessary changes and we are now free to do as we like as a licensed news agency within the parameters of the laws governing the Republic of Korea and the United States of America, respectively.

If any of your access or input to 3WM was disturbed, we suggest shooting an email to Bluehost or any of the usual suspects that were fingered in our last article. Secondly, please go about doing what you do best in reading our stories and writing your thoughts where they once were.

As summer comes rolling on in we hope that you, our faithful readership, keep picking through the banana bunch of stories, film, reviews, cartoons, interviews and everything that 3WM hangs out there.

In addition, we invite 3WM’s friends and enemies, and current and future contributors to join us on the evening of June 18 up top at Roofers in Itaewon to share ideas and celebrate the summer.

Meanwhile, 3WM will continue to bring you what we see and hear, and tell it like it is. 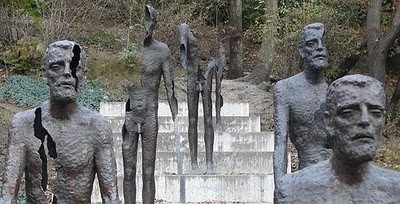