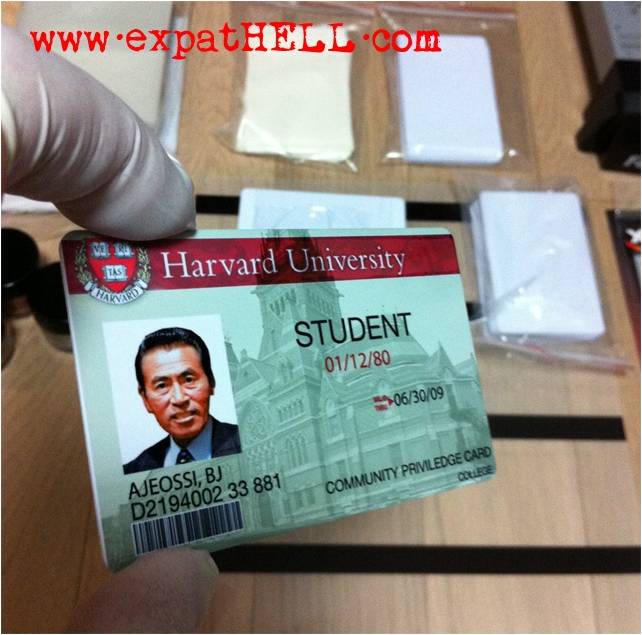 From Jake at Expat Hell

Editor’s Note: the original author of this post remains anonymous at his request.  3WM has not been in direct contact with him and can’t independently confirm the authenticity of the story.  Our readers can judge for themselves.

Making Money off of Education Fever the Easy Way

At another website, the topic of “Korean Life Hacks” was discussed by a great many long term expats.  The subject of saving money, making your life more convenient or possibly even making extra money outside of the normal workforce were discussed.  I personally have a great deal of expertise in this field and the scheme mentioned below is just one of the ways I funded an outrageous lifestyle while living in the ROK and later the purchase of a large condo in Thailand.

I have more stories of cutting corners and making extra money which I will share at a later time.

My background is in graphic design.  I won’t elaborate more, but simple to say, I dabble in a bit of everything.

I first started making and selling Harvard ID cards to Korean kids back in 2004.  At the time I thought it was just a novelty that would wear off eventually and a few kids would have a few good laughs tricking their friends with their new “student cards”.

At the time I worked at both a high school and an adult hagwon.  I have a great deal of experience working with the materials needed to produce any type of ID card or document.  Without elaborating, a student ID card is one of the easiest to produce among the many types of commonly used ID cards.  Furthermore, the product cost is very low if one already has the supplies needed at hand.

Education fever was the first thing I noticed when I began working in Korea.  Koreans seemed to care about IVY league schools more than Americans themselves.  With this in mind, I jokingly made up a Harvard ID card with my own likeness on the front and showed it to a few students one day.  Instead of laughing, they dropped their jaws in awe. 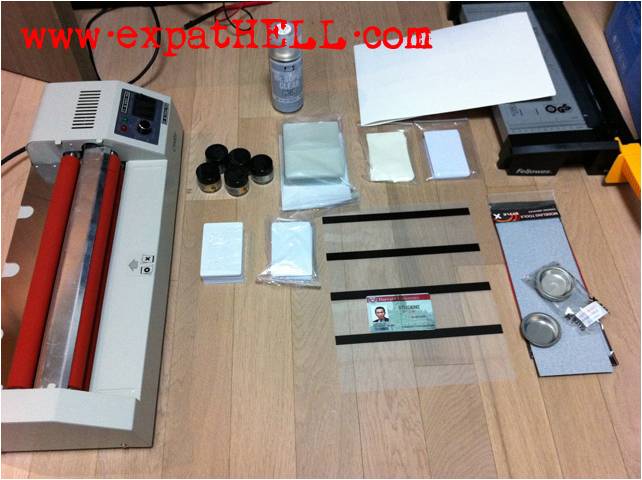 I told them that it was fake and they couldn’t believe it.  I let them hold it in their own hands and examine it.  They immediately asked me where they could get their own.  I responded that I “knew someone” who could make it for them, but it would be slightly expensive per card and they’d need to provide a decent quality digital photograph for the final product.

Instead of being taken aback by this, they simply asked me how soon I could have it made up and the beginnings of an extremely profitable business were set into motion.  I sold four ID cards to one group of friends.  They cost me less than 500 won each to make.  I had suddenly made a decent profit in a very short time with almost no effort.  I told my students that I would provide the cards on the condition that they didn’t tell ANYONE where they got the cards from.

The next day I delivered the cards to their happy owners.  The quality of the cards was fairly poor and I even spelled the word “privilege” incorrectly intentionally on the fronts of the cards.  Working at a high school pretty much guaranteed a constant flow of customers.  Furthermore, I had the ability to pretty much create any school ID card from ANY school.  MIT?  No problem.  Brown?  No problem.  Stanford?  No problem.  Business skyrocketed and friends were sending their friends, who were sending more friends.

I soon began getting customers who were much older than high school students.  One man saw the ID card that his son had, and wanted to know if I could make an older version with one of his own photos that was taken more than 20 years ago.  No problem at all. 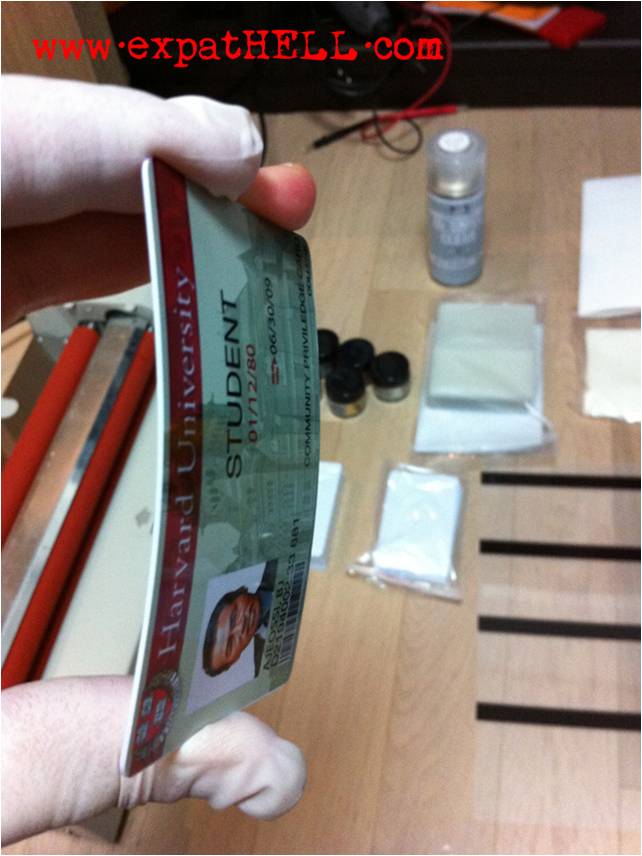 One of my adult students began showing his new Harvard ID to women that he would meet on blind dates, and he reported that the results were “extremely positive.”

During my time in Korea, I probably sold around 700 cards.  I know this because I started out with 1000 blanks and had just around 300 left when I finished my final contract and departed for greener pastures.

Some skills or knowledge can pay very well in places like Korea.  Another skill that I picked up and honed to perfection was the copying of rubber stamps, seals and embossers.  I ended up copying every single parking stamp from every building I ever parked in.  After I parked there once, I never paid for parking again.   I also copied those point card stamps that coffee shops use.  For every cup of coffee that I bought, I received one for free by stamping my own point card multiple times and using the cards at different locations.  Maybe someday I’ll write up a posting about it and send it in to this site.  I have lots of good pictures of the process, though I’ll have to block out all of the identifying details.