HomeEXPAT LIFEBloodbrothers of a Different Type: Vancouver Urbanites riot and The Big Man passes in the same week 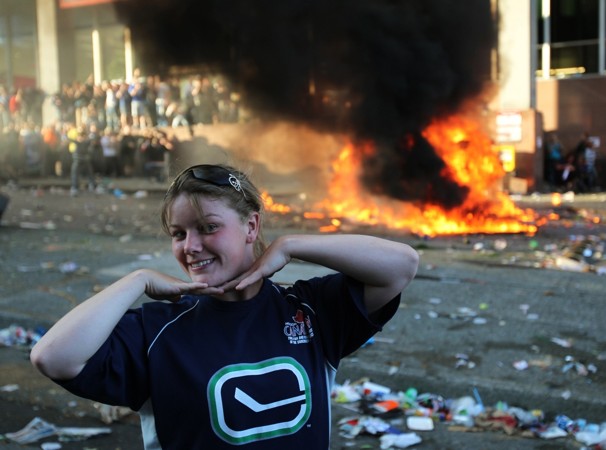 Another amazing week in Korea so much because we expats living here don’t have to miss that much that goes on Back There.

Cup Finals to the Boston Bruins. Here are corresponding stories to each Back There cultural history date from The New Yorker: “Bloodbrother” and “Canuck Hospitality.”

The saxophone and the hockey stick each have to be held with two hands for full use and strong breathing is necessary, and that must be where the similarities end.  Of the seemingly very “Oh Canada” nationalistic whack jobs on the streets, Vancouver police chief Jim Chu called these disturbers, “Anarchists who had a plan” and if you have ever been to a Springsteen concert the aftermath with the rock ‘n’ roll acolytes outside of that arena is not about a planned break out in violence but something equally intense like being around a boot camp that just succeeded in breaking open your soul.

That week tucked in between the these two headlines was another cultural history date. Bloomsday, the yearly celebration of Irish Writer James Joyce on June 16.  A quote from Joyce:

“Your battles inspired me – not the obvious material battles but those that were fought and won behind your forehead.”

Well maybe the two events of that week can be tied to this Expat Life.  The

odd truth is every time some Canadian in Seoul starts talking about hockey and Vancouver, I will sympathize and agree, but behind the nod on my forehead I will be thinking greatly of the, “The Big Man.”

PS– So many expats over here have seen or facebooked something about the Hockey riot. So how about this instead– Clarence Clemons doing his part in the greatest four minutes of  rock ‘n’ roll:
http://www.youtube.com/watch?v=OJwlG88Zy7w