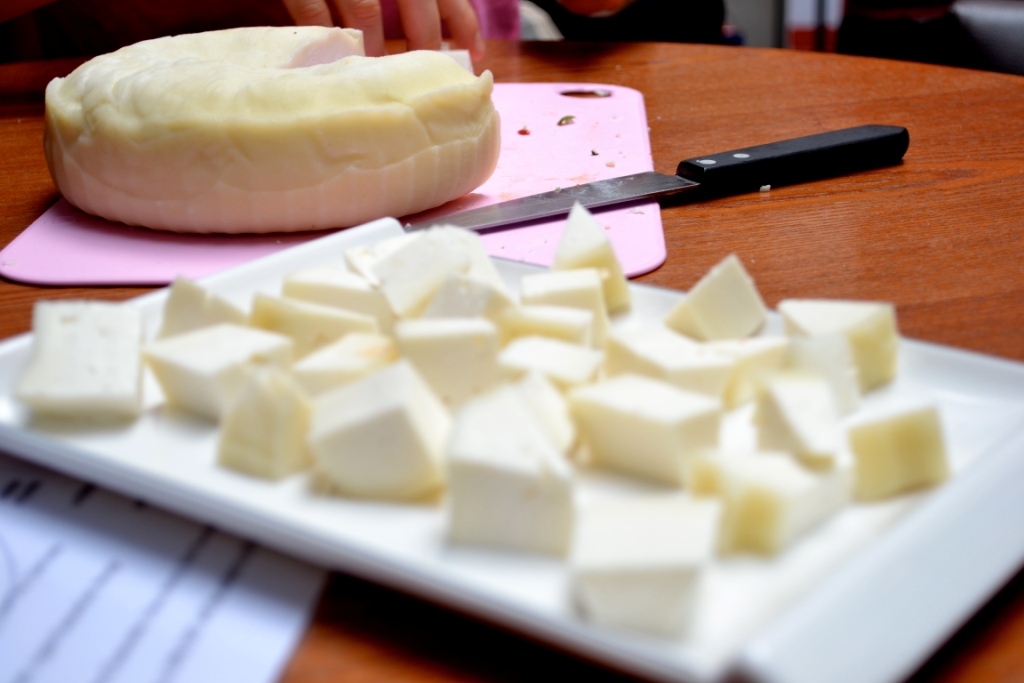 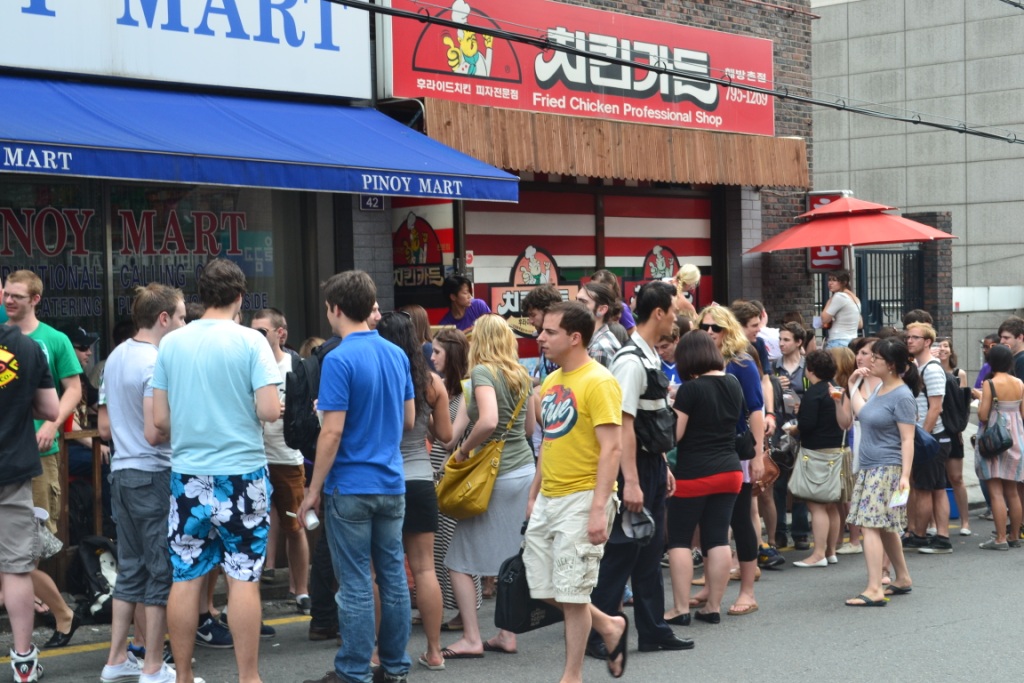 On Saturday, June 18th some folks in Seoul organized an event that they called the Fermentation Trail-abration. The Fermentation Trail-abration was a redux of the previous Fermentation Celebration which had been held at Craftworks Taphouse and Bistro back on March 12th. At the first event, there was an 8,000 won cover and you were able to try all sorts of fermented and not so fermented foods; for example, yogurt, kefir, kombucha, cheese, beer, vegan kimchi, makgeolli, kool-aide pickles.

Well, the previous event had been so popular that the Fermentation Celebration organizers put together another one, only this time the event was spread out over the Haebangchon neighborhood and involved different venues, block party style. The Trail-abration was 20,000 won to support the cause and get your fill of fermented foodstuffs.

Fermentation is a very old practice that spans across cultures and a celebration of this tradition seems highly appropriate in a country that offers such foods as kimchi and such beverages as makgeolli. I come from California where making your own beer and kombucha is a fairly common thing right now and speaking as an expat, it is really nice to know that folks aren’t just letting go of this part of their lives and identities when they choose to live in abroad, but are in fact creating a community around it. Not only are they able to encourage each other with their various individual projects, but they are doing so in a way that is visible to new-comers who may be interested in trying out some fermenting experiments themselves.

Speaking of the community building aspect of the Fermentation events, a big draw is the ability to chat with the fermentors themselves about their process, their experiences and sometimes even their motives. Exactly like the first event, while tasting the assorted pabulum that the fermentation process makes delicious, the folks who make the food and drinks were there and well prepared to chat about the passion that they all share. Passion is contagious and events like this are a fantastic way for people to share their excitement with the community.

The first stop I made was Craftworks as I was in the neighborhood and craving their Moon Bear IPA. While there I met a woman, Shay, who was cutting a big block of homemade cheese into pieces to share with the people. Shay is a resident of Jeju Island and is highly involved in the food scene there through Heirloom5. She can even take credit for setting up a successful farmers market in which the participates were able to sell out of their homegrown and homemade products. The cheese was excellent and from our chat it sounds like there is a lot of exciting food-based organizing going on in Jeju.

I headed down the main street of Haebangchon to see what the folks there had to offer. From 1-3 p.m. there were eight restaurants and bars participating on this side of the trail. Indigo, Hungry Dog, Makkeolli, Le Vert, Phillies, Casablanca, The Local and Pinoy Mart were all stops on the map.

As the selection was a bit overwhelming, I opted to stop at only a few stations where I felt that I could get a bit of a conversation going with folks about what they had made. What I found was a kid who makes magkeolli fusions and sells a dried mix for people to make magkeolli at home. And Homebrew Korea was well represented with their variety of beer, for which of course, there was a large line of willing beer tasters.

I walked up the road a bit and stopped at Siberia Restaurant and Bar where the proprietor was enthusiastically sharing vodka, Russian beer and food samples with the trail-abraters and a Russian couple with an adorable baby girl shared their extremely delicious home-grown tomatoes and well made hard cider. At this stop I had the good fortune to run into and engage in conversation with Ken Kim of Kenneth Kim Vineyards. If anyone embodies passion for fermentation, the owner of a winery is a prime example. Mr. Kim lives on his Korean vineyard part of the year and for the other part he is on his vineyard in Santa Cruz, CA, on land that he has since had to rebuilt as a result of the 2008 fires.

After chatting with Mr. Kim and squeezing my way through the crowd to snag another one of the crazy-good tomatoes my appetite was pretty boosted I wanted something a little more substantial to eat, so I headed further up the road to stop number 17 on the Fermentation Trail-abration map, toward the Three Kings Taco Truck. I would argue that the Three Kings Taco Truck fellas play an important role in food diversity here in the city and are worth noting (and certainly worth following on Twitter, http://twitter.com/3ktruck). Their tacos themselves are not particularly fermented, however they did have their own home brew prepared to compliment the event and their phenomenal tacos.

As the event was coming to an end, the combination of a taco, chatting with the Three Kings boys and an “on the house” paper cup partly filled from the largest sake bottle I have ever seen was the perfect way to wrap up my Fermentation Trail-abration experience.

Megan is from San Diego, CA. She’s interested in things involving cycling, food politics, coffee, taking photos, whiskey, music that incorporates a peddle steel, overalls and cut-offs. When she’s not riding a bike around Seoul or taking photos, she teaches. Her blog is:  http://www.thetoohugeworld.wordpress.com.