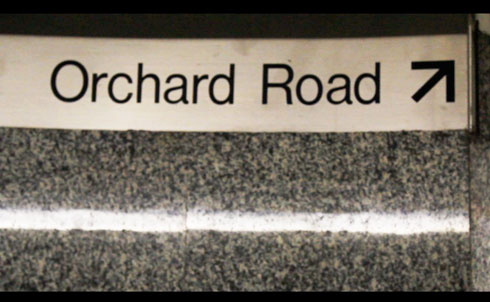 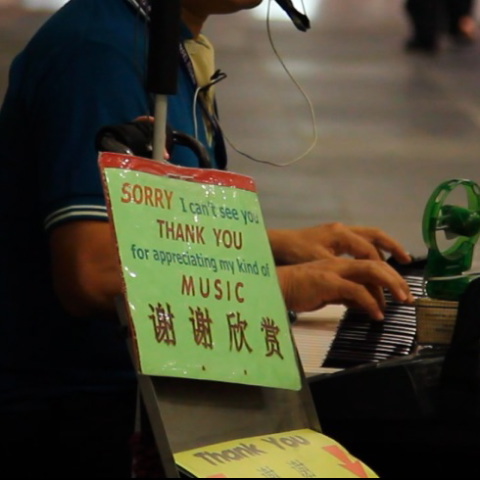 When I was in second grade, the health teacher made all the kids in my class wear safety goggles covered with black paint. Once we had the goggles strapped to our heads, she lead us one at a time from our classroom to the cafeteria and back. “How did it feel?” she asked afterwards. We wrote our thoughts down on paper and handed them in for a grade.

I don’t remember exactly what I wrote, but I’m sure it said something about how scary it was to be blind. Or maybe I’d written that it was fun—after all, she was holding my hand; I was confident that I could take the glasses off when my turn was over and that the visual world would be exactly as I’d left it. What she hadn’t asked us to do was consider the deeper social and personal implications of living with a disability. She hadn’t asked us how difficult we thought it would be to exist as a blind person in a predominately seeing world. What it would be like to raise a family. Drive a car. Walk to the park. Cook an omelette. Learn to play a musical instrument.

In Singapore we met a blind musician who plays a keyboard and sings in the underground near Orchard Road. Unlike Ray Charles or Stevie Wonder, this subway musician doesn’t hide his oddly shaped eyes with sunglasses. In many ways, his eyes are a part of his act; he wants his listeners to be conscious of his disability, and if there is a twinge of manipulation to his advertising his condition (many buskers know that pitiable circumstances often elicit payment), there is also more than a twinge of pride in the challenges he’s overcome. His presence in the metro is a clear statement about self-sufficiency.

The blind musician is well known in Singapore. Those we spoke to had affectionate things to say about him: he’d been there as long as anyone could remember, he was endearingly territorial about his pitch, and even if his music wasn’t great, he added character and charm to the underground.

What I hadn’t anticipated was how uncomfortable I’d feel filming someone who couldn’t see my camera. Of course, we spoke to him before we unloaded our equipment. We introduced ourselves, told him about the goals of The Busking Project, and asked for permission to use his image in our documentary. He wanted to know if we’d planned to make money off of the footage we were taking. We told him we weren’t associated with a TV channel or production company and didn’t expect to get rich off of the project. “This is a personally funded project,” we assured him, “a small team of inexperienced filmmakers motivated by an appreciation for street performance.”

The blind musician nodded his head.

This is where I started to feel odd. I mean, we don’t have any expectations of striking gold with our footage, but it felt like we were leading the blind musician to believe that we wouldn’t welcome commercial success if it happened to come our way, that we didn’t, in the back of our minds, have a glimmer of hope that something would come together at the end of the project to make all of our hard work pay off. Something about the way things had been worded to him, the message we were conveying about our intentions, made me feel dishonest.

Do all documentarian filmmakers rub elbows with this sort of guilt? That sour-tasting word – EXPLOITATION – feels like a scarlet letter we’ve been forced to wear since the beginning of this trip. When does the use of someone else’s story for artistic, political, or financial goals stop being an infringement on his or her rights? What if the permission granted is based on cloudy explanations? Were we intentionally misleading the blind musician in an attempt to get him to agree to be filmed?

In the Singapore underground where the blind musician was playing, there were signs all 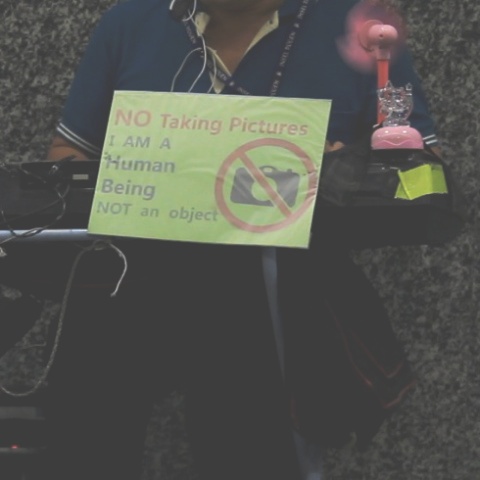 around him that begged viewers not to take pictures. “I’m a human, not an object,” the signs read. While we stood five feet away, pointing our video cameras, little red record lights glowing, and passersby gave us disapproving looks.

One woman touched my arm and pointed angrily at the sign. “No photos!” she said. I turned off my camera and explained to her that we’d spoken to the performer, that he was OK with what we were doing.

The woman shrugged and walked on, but I didn’t turn on my camera again. I stood by and watched as the crowd of commuters hurried past us, moving their eyes from us to the musician and back to us. Some of them stopped and dropped money into his donation box. Some turned a blind eye to what was going on. Most looked at the signs prohibiting photos and frowned.

We paid the musician for his performance, like we said we would. We gave him one of our cards, with our email address so that his wife (who, according to the musician, was very supportive of his busking career) could explain our website to him and let us know if he’d changed his mind about being a part of our project. The idea that he still had the option to say no at any point made me feel better about the situation. But my questions about exploitation and which side of the line we generally fall still lurk in my mind like dead fish. 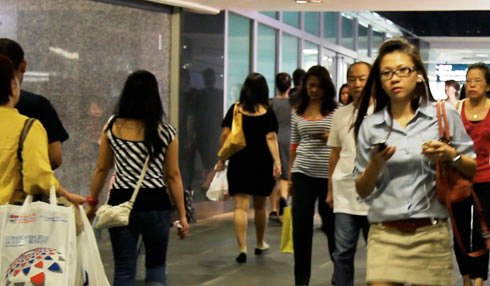 The blind man’s story is one that many performers around the world share–especially in Asia! Many people who haven’t been able to get a job because of a disability find the solution in street performance. These people are brave, despite (or maybe because) they are doing what they have to do to survive. I hope the footage of people with disabilities we include in our documentary will shed light on the positive aspect of their collective story rather than inspire shame, pity, and/or criticism about the issue of exploitation.

Belle Crawford is part of three-person film team who are traveling the world to document the lives and motivations of street performers: www.thebuskingproject.com. 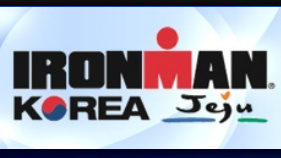