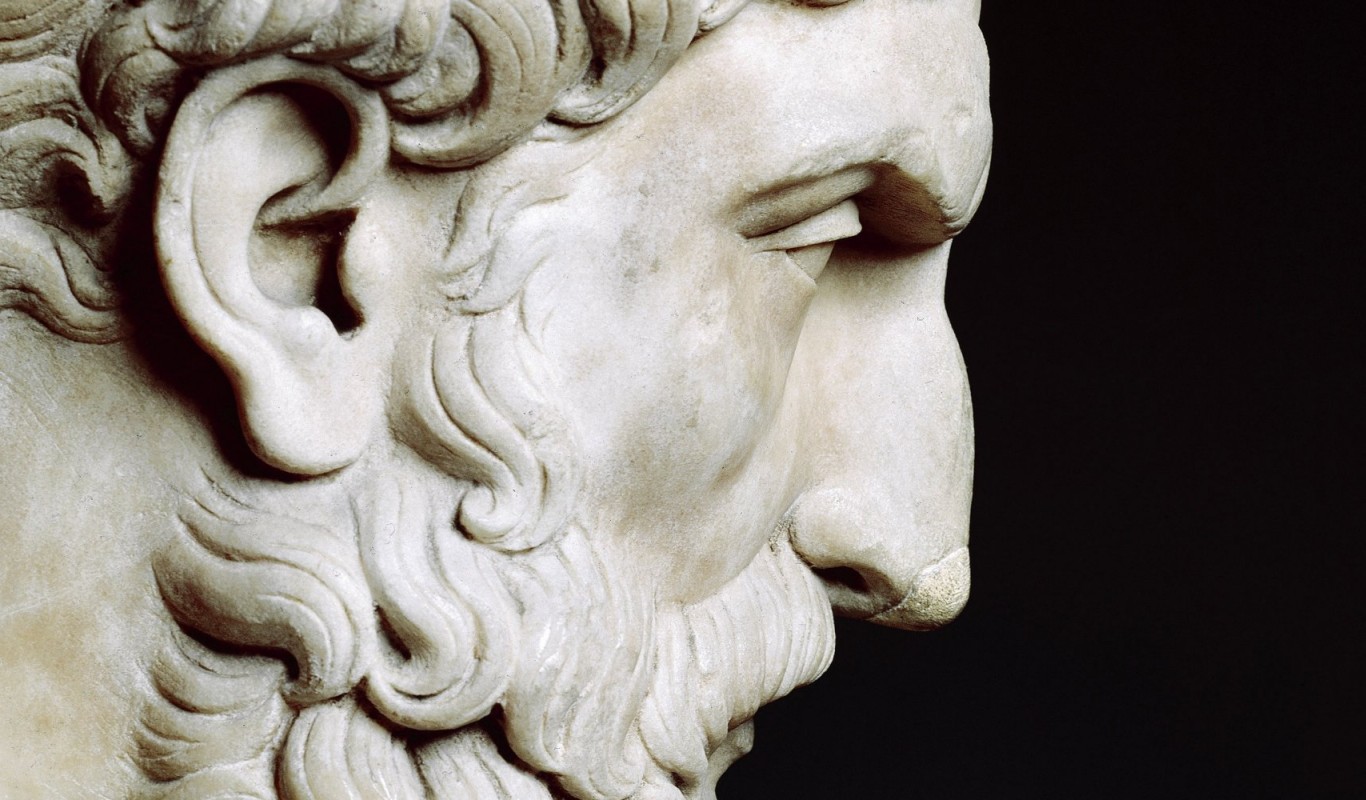 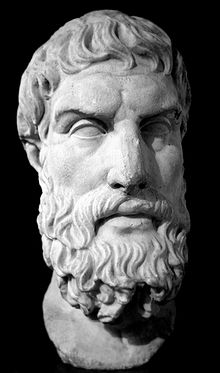 Craftworks Brewery and Bistro is located just a little off the thoroughfares dividing Kyunglidan from Haebangchon; the two expanding eat and drink destination areas for foreigners and neo-liberal Koreans. The easiest way to get from one to the other is to use one of the ugliest overpasses in the world. But it must be a good location. It’s 6 p.m. on Saturday night and Craftworks is full. The only available table is in the group smoking tent, but no one usually smokes enough in that area for it to make a difference to anyone.

You probably won’t miss Craftworks; the sign board on the street is a good catch all. Inside the two sets of front doors is a swag menagerie where Craftworks t-shirts and mugs are displayed and for sale. This reminds me that Craftworks is expensive. The last time I passed the t-shirt display I had a self-deceiving revelation. I thought if you drank at bars with happy hours in Itaewon and HBC you could save money for the plane flight to Hoboken, NJ and drink where the noir giants drank (like Sinatra and Bogart), but that’s not gonna happen. I have checked the price at beer and burger joints back there and it is all categorically the same. No smoking is a big part of the appeal at meathead brew pubs and they all sell t-shirts. I think Yankee Stadium was the first venue to sell t-shirts.

As a veteran English teacher, I don’t have the money to buy food or Scotch at Craftworks. I am saving money in hopes of buying the New York Mets. I know the ownership grubstake will be infinitesimally small. A drop in the ocean literally but it is good to have something to look forward to. We all need that. The linoleum plastic bar here is really a large wait-station for the serving staff.  Of course it is spill-proof and of course again it is think-proof. Really they don’t want you milling around at the bar. It’s not that kind of public house and no one can let fly moments fit for riotous banquets. To keep the place cleanly circulating you have to be sitting up in your chair at a table with a pre-course drink, eating, or have eaten enough and be getting ready to pay the bill. And it all has to start as soon as you get here. Could you pay ahead and eat something soon (though I am pretty sure Craftworks won’t cash bank or day-labor checks for you). If you go right to the batter, three or four small ones will fuel the downtown train with a one-way ticket and you’ll be shit-faced in Palookaville. There really isn’t a ‘session’ beer at Craftworks, one that is light and cheap. After an I.P.A (International Pretentious 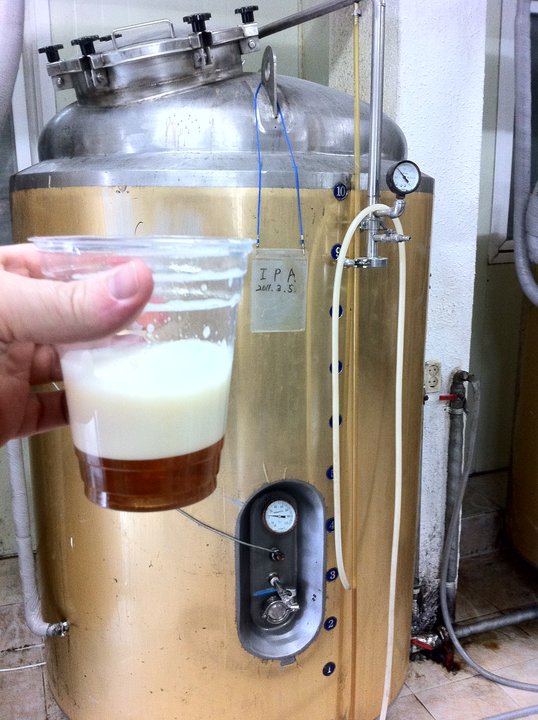 The bartender that night was Jeremy. He’s amiable and professional yet can you really inspect the secrets of the world with a bartender who hasn’t seen the latest Woody Allen film? Can you? I remember some months in the past there was this wonton attitude impersonating a woman. Some Lady Gaga chick just waiting to bust out and tell you that she doesn’t like white men and then start dancing (without a pole) about that fact. So who was there? A familiar face peering out of the corner from the kitchen, Melvin. He is Cora’s (the one who runs the Pinoy Mart in HBC) son. He didn’t seem too drunk. Why is it always a pleasure when you spot someone you know working in the kitchen?

There was not a sport jacket or a pair of corduroys in the place. And no wool, virgin or otherwise. It’s denim and it’s leather but it’s not rock ‘n’ roll it is “the smart set.” I am not self-conscious in my polyester herringbone pants. The one thing that is obvious is that the world is divided into two kinds of people–those who get drunk and the tourists who watch. And I’m all for the fine drink and fine food mantra of brew pubs, but where are the fine people? I don’t mean Facebook-ready posers but those with a fine soul. The place could use a fireman or a cop telling the bar about the day they had. Of course firemen and police officers have their own neighborhood bars. Can you blame them? I can’t. The Korean natives like sitting at the tables and looking at the menu almost as much as the foreigners do. The average couple spends about 60 minutes tableside at Craftworks and one of the thrills for the patrons has to be reading the menu. I doubt many foreigners read much for anything and read even less offline. It’s like they are exercising grey cells before those get lost.

Being I am one of them, I hate when the world turns it back on scruffy people and Craftworks makes me feel scruffy. Because the bar is new, on close inspection you will realize that it has some personality but 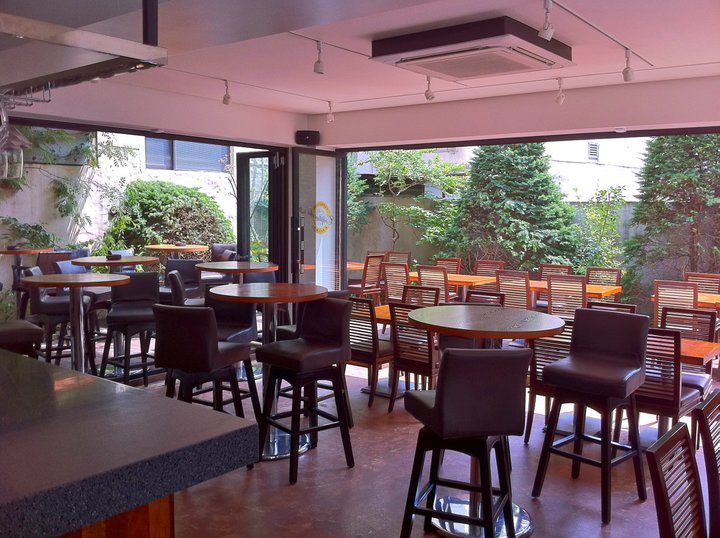 no one hanging out in it does. There has never been a time when someone crossed a diamond with a pearl and the place just went off. What you spend your time and money on in here is racket and camouflage. People are consumed in their own-table world. I mean I don’t know if the food is good, but I am sure that the pitch of the place is set up so one can’t really hear anyone else (pun intended). This is exactly what today’s out-on-the-towner wants: a place to talk about themselves where they can’t hear anyone or anything else. The out-of-towner at Craftworks wants to get it right by sticking around long enough to eat twice. That should be fun but there is no real epicurean style here, no citizens of the world banqueting with outbursts of wit followed by clanking of glasses with strangers. Yet everyone exudes the “I was popular in high school and I am popular now” vibe.

“Housing prices are going up more and more.”

“I would like to have a boy first then a girl.”

“Drink twice because you lost the first game.”

“I’m depressed because it’s my birthday and I don’t eat cake.”

I mean it is Saturday night in the big city and this is all the poetry you are gonna get. Table consumption! It is what it is. Except something is changing. The drinking culture in these expat neighborhoods is not making sense now. Everyone seems happy during the quiz nights–how nice–but real thought and peace? Gentle solicitude and impromptu outbreaks of a muse? That stuff is running to the past. Why even the owner and barmaid across the river Styx at The Local in Haebangchon just had all the beauty treatments. Now, she expects bar tips because she looks like Michael Jackson. And by the way: Craftworks serves its beer to go!

This place would be a great place to start a class war—if anyone here was actually upper-middle or working class that is. I’ll think of a way to steal that corner patron’s purse or ask the Australian, “are you finished with that white bun and ketchup?” But I shouldn’t do that because nice is the essence of Craftworks: it’s like a chain restaurant with, nice-nice food, nice-nice beer and drink, nice-nice music and nice-nice people. Our nice-nice who art in nice-nice and hallowed be thy nice-nice.

Travelers Beware: Serial Scammer on the Loose and Doing Business