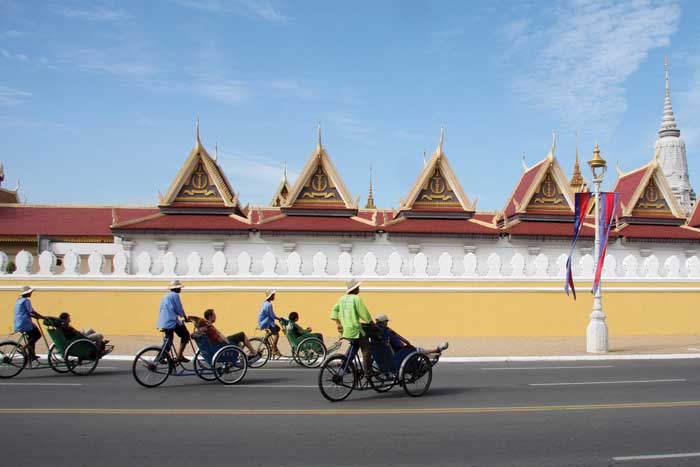 Editor’s note: A slightly modified version of this was published in The Phnom Penh Post

“Without architecture of our own we have no soul of our own civilization.”–Frank Lloyd Wright

A good start to enjoy Cambodia the land of wonders is to begin with its architecture. Whether it be the spiritual towers (Prasats), and Hindu shrines (Gopuras) of Angkor Wat, or the French Colonial display of the functional Phnon Penh Post Office. Even modern government edifices like The Prime Minister’s Office or Peace House offer real insight for both locals and tourists about day by day life here.

After searching for a neat sounding architecture tour of the city I live in, I signed up with Khmer Architecture Tour’s, “Central Phnom Phen by Cyclo.” For one thing there’s nothing wrong with taking a guided tour of a city that can never really reveal all that it is, was and will be. Anyone who thinks their top of the charts coolness factor forbids them to join an organized tour simply is not interested enough in the place they live or are just travelling through. Another way to look at it is that by getting an insider’s view of the “Charming City,” you really can have some of its charm rub off on you; perhaps even with an understanding that architecture is the mother of art. If that sounds pretentious keep in mind that this tour is at least partially by “Cyclo,” and who hasn’t wanted to jump into one of those, go around at a leisurely pace and not worry about whether you are an important person or not?

The tour runs every second Sunday beginning at 8:30 A.M. The meeting place is downtown around the Wat Phnom zone behind the landmark Old Post Office building. On tour that Sunday were three local student tour guides, seven French visitors and a couple of hung-over and late Aussie girls. Finally, at 9 A.M. we all met under the only public clock on display in Phnom Penh. Going into the post office was a direct understanding of how tropically designed structures and their calming effects work. High ceilings and large open French paneled windows keep the breeze going so only the personnel offices on the top floor are equipped with air conditioning.

The main guide nick-named Liam brought us out slowly so we could appreciate the classical facades of the building. His English was not as good as his French but that didn’t matter when we crossed back and walked into some “low rise charm,” apartments that were originally one of Phnom Penh’s first hotels. Now in seconds we were in the local’s courtyard. The Khmai families living there didn’t seem to mind as we casually made our way through their living quarters. The barefoot kids were running around their playground hello-ing us and the grownups were just slow-pace moving through the kitchens and bedrooms going about their Sunday. Liam explained the traditional urban importance of the courtyard as it was a sanitary ploy to let the light in and dirty waste out for all of the families living there. There were old brass and iron keys functioning in the dilapidated doors and while us outsiders were fidgeting with them and glimpsing inside the various rooms in use, it was, if it can be said, a beautiful intrusion.

The 10-minute cyclo ride around Wat Phnom was obviously the most relaxing component of the tour. It seemed a little short to me but I wasn’t the one cranking up and down on the pedals.  We went along the river till arriving at Chinese House. It’s part business office part very selective restaurant. I felt real at ease here as the design style is part French and part Chinese coming from the concept of “Feng Shui”, meaning air and water in English. The shorthand of it is that if you build an edifice by considering the balance of the natural elements surrounding it, the building and its inhabitants will be prosperous. It really offers sort of a Chinese Tarot card reading for its designers. The corridors of the building should in some subjective way reflect the earth’s natural elements and the aspiration of the inhabitants. Feng Shui is more landscape ecology than physical architecture; with some psychological symbolism mixed in. The front of a dwelling should always face an open space for coming and going and the back of it should face the woods or a natural physical barrier where any journey has to end. It’s a lot like life.

I felt the next part of the tour–hanging in front of the riverside KFC which used to be the lobby of the Phnom Pehn Hotel–was the beginning of a Franco-file’s architecture tour in Phnom Penh. The student guides held up images of the art-deco looking lobby of the grand old hotel while we currently looked in at a few groups of Khmai hipster teens debating if their chicken should be regular or extra crispy. Most of us on the tour had a spit-on-the-pavement while cursing modernity moment but I just wondered why we didn’t go in and check out the Chinese House?  Only then did it occur to me that the repeating motif of this tour had a French connection. There was never a visit or even a nod to any modern/post modern architecture that can really stand on its own in Phnom Penh. I was aching for a visit and an architectural primer on, The Prime Minister’s Office or Peace House for an example. And all through the tour Liam, the docent for us all, keeps mentioning,

“Cambodia was never a colony of France but a protectorate of her,” much to the nodding approval of tour members.

The zenith of what seemed to me this cultural pandering came at the Gothic Revival style “Sister of Providence” Christian church.  At the partly ostensible end of the Khmer Rouge in the 1979, khmais began coming back into the city squatting in and around the church grounds. While our still intact group was shuffling around this squalid place looking for pretty tiles placed lovingly by a French priest, I got the shuttering feeling that the tour had gone far-flung and now everybody was put out that the squatter homes were nothing more than obstacles to their view. I know voyeurism is a French word, but I am not a philistine or a class-warrior and it’s shameful how much beauty has been rubbed out by thugs in Cambodia. Yet at just this point of the Phnom Penh Architecture tour, and with local families who just a few hours ago were bouncing around the urban courtyards, we had all now in this churchyard offered not a single smile and have all now become semi-catatonic zombies. I cycloed out of the tour with an understanding that if architecture is the mother of art, then nostalgia is its bastard child. 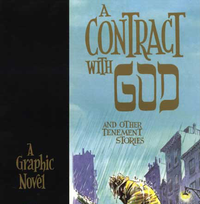 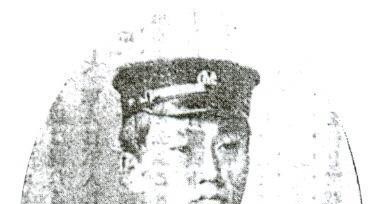