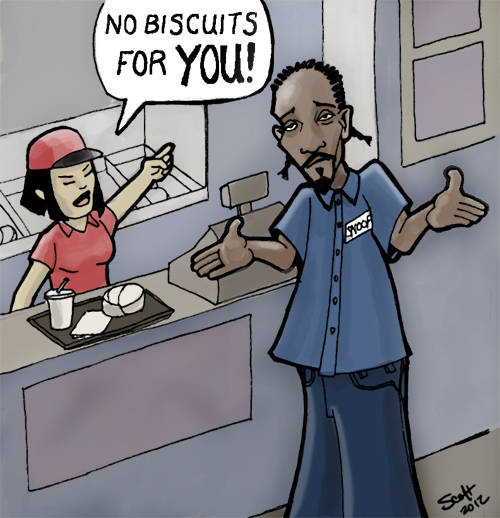 Rapper Snoop Dogg found himself at the center of a Korean media storm the last few days after he made comments regarding the famed Kpop group Girls’ Generation. Snoop originally posted the following Tweet with an instagram on July 8: 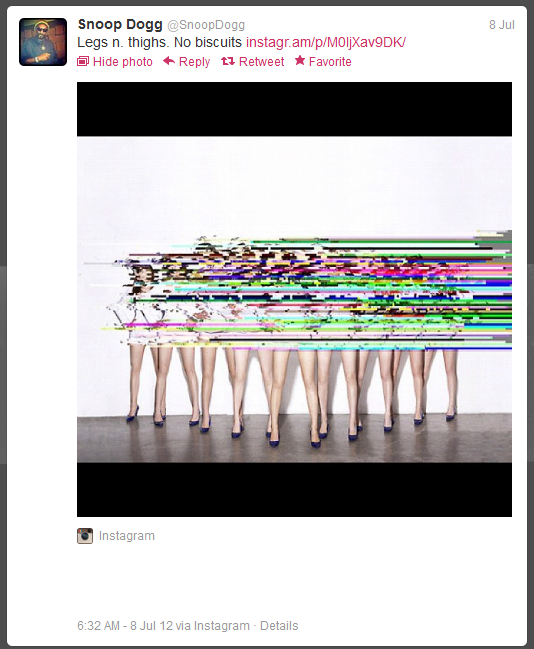 After the post the Korean media and netizens went into a frenzy claiming that Snoop had criticized the group and saying it meant the girls have no sex appeal or are outright ugly.

On July 11, Snoop and his Twitter cleanup team responded to the uproar by writing, “Today’s lesson. from. Professor Snoop. Biscuits – ugly faces. My ladiez @GirlsGeneration. got beautiful faces. Legs n. thighs. No biscuits #ONELOVE & #REINCARNATED,” and posting some pics of chicken, biscuits, Paris Hilton (with him) and Girls’ Generation (how about smoking another one, Snoop). Well, that sure cleared things up–must’ve been a case of the munchies. According to the Urban dictionary, biscuits means buttocks–and 20 other things–which seems the most likely definition given his instagram alteration. 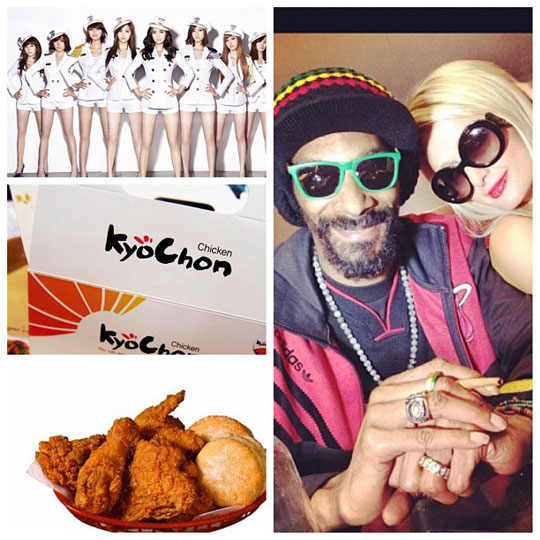 Whatever Snoop meant (surely it was about food), the rapid reaction to his Tweet highlights the collective Korean sensitivity to any criticism (or anything slightly resembling it), especially of things propelling the Korean Wave (hallyu). The fact that Snoop has worked with Girls’ Generation added to the shock and dismay over the comments. One has to wonder if Snoop had asked for some biscuits with his chicken “Legs n. thighs.” and was denied by the girls.