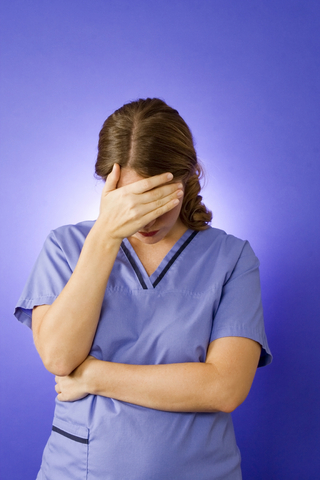 Now hands up people; how many of you during your time working in Korea have had to put up with any of the following:

1. Last minute changes of plan
2. Extra classes
3. Unreasonable hours of desk warming
4. Late pay or discrepancies in pay
5. Public criticisms about you personally or the way you work
6. A lack of consideration of your lessons by other teachers
7. Unnecessarily uncomfortable situations
8. Broken promises
9. The general asking of you to do things outside of your contract without extra pay.

I wouldn’t mind betting that this list will have almost every NET currently working in South Korea throwing their hands in the air.

It is easy to think that we foreign teachers are getting a bit of a bum deal, perhaps even receiving special treatment because we are not Korean; surely all these shenanigans that go on in our jobs reveal their lack of respect for NETs? On the surface of things it would certainly seem that way until you become familiar with what your average Korean has to put up with in the workplace. It appears that we get off the hook rather more easily than we thought we did.

Before I go into some examples, there is an employment law in Korea that perhaps most people are unaware of, foreigners and Koreans alike. Here is a brief description of the law from askkorealaw.com.
“The Labor Standard Act of Korea provides that ‘Work hours shall not exceed 40 hours a week, excluding hours of recess.’”

This was initially brought in to only cover employees working in large firms of over 1000 people in the early 2000’s but has since gradually included all companies and working establishments in Korea. This is why in all the public school NET contracts we have 40 hours a week as our contract working time. Granted, the last part of this labor law looks like a possible loop-hole to the 40 hours and is not exactly that easy to understand, but let’s say 52 hours should be the limit for the sake of argument and the clarity of my point.

I often start becoming all riled-up when I think about work in Korea but it is rarely or never to do with me personally or on the behalf of my friends who are NETs (to my fellow Englishman who was asked to sing Celine Dion in his teachers meeting, I must have some outrage, they could have picked a better artist). The reason is down to my wife, who is a nurse and is Korean.

Ever wonder why Korean healthcare is so affordable here? Well, it could have something to do with where they make their savings. Before you start worrying about your next trip to the doctors, the doctors themselves are well trained and well paid, so there’s nothing to concern yourselves there. It is nurses and other support staff’s pay, conditions, and training that leave a lot to be desired and where the respect of employment law

and human beings breaks down.

For she and her fellow nurses, not only in her hospital, but in hospitals all over the country it is commonplace to exceed 52 hours a week (not to mention 40 hours), without any extra pay. Nurses can expect a starting salary no better than 1.8 million won and often lower, while contributing regularly to a nurses union that does nothing to fight for better conditions. They also have to pay extra for medical insurance, and work outings – that take place in their time off – where they are forced to drink themselves close to death and be polite and courteous to their tormentors (the doctors) at the same time. Nurses who have recently graduated from 3 years of nursing college can expect not one single day of vacation in their first year and not even all of the public holidays and only 3-5 days vacation in the following years, despite often working 6 days a week. Training is also fairly limited at work and most nurses are asked to familiarize themselves with new procedures in their own time at home and complete mind-numbing online training much like NETs have to complete in their schools.

There is also a culture of bullying in the profession, especially of young nurses and particularly when they first begin their jobs. This ranges from verbal abuse about how incompetent they are and personal attacks on their character and appearance, to even physical abuse of slaps to the face. My wife’s friends sometimes share these stories and it appears the poor treatment of nurses is widespread across Korea. It hasn’t earned its nickname in Korea of ‘The Women’s Military’ for nothing. The general aim, it seems, is to push these poor young nurses to breaking point to see if they will stick at the job, to show their dedication to their work, to weed out the weak and send them packing.

If this were a problem just for the nursing profession to deal with, it would still be a lamentable situation, but it is reasonable to think this kind of practice goes on in many workplaces all over Korea. I have had a few Korean male friends who work in companies who experience similar treatment. 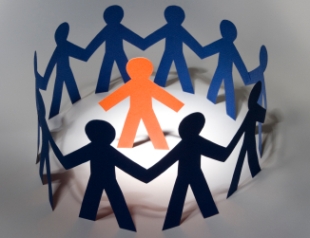 The feeling I get from them is suffocation; they are at their jobs 6 days a week, working long hours, with minimal vacation time in the year. There is no time to travel, their relationships suffer, and the meaning of their lives begins to become lost. In Nick Cohen’s, “You Can’t Read This Book,” he is talking about Western culture when he writes, “Every time you go into your workplace, you leave a democracy and enter a dictatorship.” When applied to the Korean workplace this quote takes on an even greater meaning.

Can it be a coincidence that Korea has the highest suicide rate in the world among OECD countries (by quite a large margin) and is second in the whole world, only behind Lithuania? Korean companies have almost total ownership of their employees. People can quit, but they may find it hard to experience better treatment elsewhere and receive very little sympathy from others. They are essentially trapped in an endless cycle of work and submission to their employers. Their work culture perhaps isn’t the sole reason for high level of suicides but it must be a strong factor.

It is not easy for a foreign teacher to detect this, especially as the public sector treats the employee marginally better and the teaching profession regularly comes out near the top of surveys in Korea on job satisfaction. Teaching is one of the better careers when it comes to pay, conditions, and vacation time. Still, I would wager that most of your co-workers work more than 52 hours a week without extra pay (again not to mention the 40 hours); I am pretty sure mine do.

We as native teachers stick to our 40 hours and if the school want us to teach more we demand extra pay. Is it any wonder why some of our co-workers get fed-up with us or jealous, and why many of us are spending endless hours doing pointless desk warming? I can understand why they are upset sometimes, it must feel like we are receiving special treatment and having a much more comfortable life than them in their own country. Although I can see their point, their feelings of resentment are misplaced, it is their own country’s government and attitude to work that they should be upset with. We have contracts that are mostly respected, especially in

public schools (Hagwons are a slightly different matter), they have to or no one would teach in their schools from overseas and public school NETs are protected from unreasonable demands from our regional offices of education. At the moment Korean people appear to have very woolly and fairly meaningless contracts, if they have them at all. There is too much wiggle-room and the power to do this lies solely with the employer.

So what can foreign teachers do about it? Unfortunately, very little–change must come from within; it is unlikely they will listen to our Western calls for human rights and fairness in the workplace. However, we do have some power and most of us utilize it; we stick to our contracts, despite any pressure or guilt that our co-workers may inflict upon us. This is important, as the resentment directed towards us may eventually begin to swing onto their employers and their government and this is where the creation of better working conditions can be given a helping-hand in taking place.

I am sure Korean people are aware of the injustice and inequality of it all, that’s why so many have yearnings to work overseas. The media tells them of the easier life they could have and they can learn about it on the Internet. Just like we can watch a man standing on the top of a mountain on TV, however, and gain some idea of the beauty of it all, it is nothing like actually being there. By reasonably standing up for ourselves in our teaching positions in Korea, we bring the reality of the top of the mountain. Maybe most people in the office will think we are just lazy, good-for-nothing foreigners, but perhaps more and more people will think we have a point that is worth fighting for. 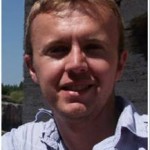