At a time when media coverage of self-inflicted gun shots, hangings, and bridge- 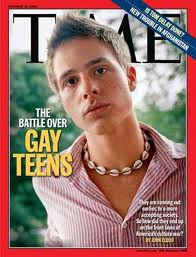 jumpings of bullied gay teens has sparked celebrity attention and Internet campaigns assuring suffering teens that “things will get better,” the “feelings”/emotional experiences of American LGBT teens have suddenly been brought into wider national consciousness.

Fortunately, South Korea, at least until recently, has not suffered the social phenomenon of hate crimes against LGBTs, if only because public consciousness of LGBTs is very low. Yet this at-first seemingly positive aspect of Korean society does not at all preclude feelings of self-worthlessness, despair, isolation and cases of suicide by Koreans who feel attraction to the same sex.

Indeed, quite the contrary. For example, in a heated printed response to a full-page ad placed in the Chosun llbo recently by “People’s Alliance for Correct Sexual Culture” and “National Gathering of Mothers for Proper Education”– an article spreading misinformation about LGBT culture and HIV/AIDS in order to frighten the public, even going so far as to indict SBS for its landmark positive portrayal of a gay couple in its drama “Life is Beautiful” by proclaiming “If My Son Turns Gay and Dies of AIDS, it’s SBS’s fault!”– the Korea Homosexual Human Rights Alliance challenged their opponents’ claims, asking precisely who is the threat to Korean youth, citing high percentages of suicidal thoughts and attempts by Korean LGBT youth.

Is this “People’s Alliance” out of its mind, with its ads calling for the “protection of youth”? They are banishing from social life those youth who at this very minute are suffering because of their sexual orientation or suffering hate or violence because they are gay. Korean LGBT youth are at a high risk of suicide. According to one study, more than 70% of LGBT youth have considered suicide, and 18.1% replied to the survey that they think about suicide frequently. 45.7 % have attempted suicide. That’s half.

Even several decades ago in the 1980s, when South Koreans struggled under martial law and social rights were severely oppressed, a handful of same-sex poets were speaking out through the medium of poetry against the social conditions choking their very lives. As 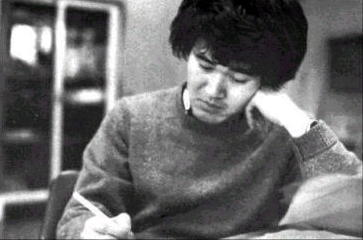 is well known, the 1980s was a time of unprecedented poetic activity in Korea. Still, most Korean poets, in keeping with the cultural and intellectual trends of their time, dismissed issues of individual suffering to focus on the political and economic agonies of the minjung, the “national collective.” But if we seek rare exceptions to the solid nationalist agenda that dominated the minds of 1980s intellectuals, it may not be surprising that the two strongest voices speaking out about individual suffering were poets whose work contained same-sex themes, Choe Seung-ja (1952- ) and Gi Hyeong-do (1960-1989). While both Choe and Gi wrote before the spread of contemporary sexual identity politics, their experiences as sexual minorities living as “underground beings” share many common characteristics with the contemporary Korean LGBT experience.

One of Korea’s foremost experts and critics of 1980s poetry, Jeong Hyo-gu, wrote in his assessment of 1980s Korean poetry that in terms of their themes of self-hatred, despair, longing for death and rejection of society, Choe Seung-ja and Gi Hyeong-do bear a very strong affinity, and that as such, their poetry stands distinctively apart from the minjung-focused poets of their age.

In fact, it may be conjectured that Gi partially drew on Choe’s original style and themes in crafting his own forms of poetic expression. Korean scholars, while mostly ignoring similarities between Choe and Gi, have rather noted influences on Gi by nationalist poet Yi Seongbok, but these influences exist merely in the realm of poetic imagery, not in fundamental poetic worldview. In their worldviews “that went completely against the grain of the 1980s” (Jeong Hyo-gu), Choe and Gi do, in fact, display a striking 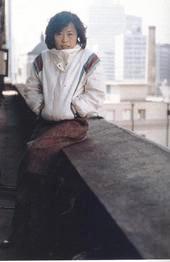 Predictably, the despair and pessimism so heavily coloring Choe’s first collection of poems “Love in This Age” (이 시대의 사랑) (1981, Munhakgwa jiseongsa), were immediately characterized as “sickness” by mainstream critics. Despite emphasis on the conditions of the outer world suggested in the collection’s title “Love in this Age”, in the most widely-read critique on Choe’s poetry (by Gim Chisu, his critique is appended to the collection), the critic calls Choe’s verses a symptom of a “mental illness” (jeongshin jeokin byeong), seizing on passages from Choe’s work that show the themes of hidden and oppressed love and the subject’s yearning for death and self-extinction as one proper to a mental patient, while failing to devote a single line to the societal conditions that choked that love, that created that despairing mind, in either political, social or moral dimensions.

As Gi would later adopt in his own style, Choe often writes masochistically of the ephemerality and pain, even terror, of love in her age. Likening love to a gleaming metal tool that will come flying and bury itself in her head (“Love, or should I call it Intent to Kill, Destroying the Self”); or as a festering tumor about to burst (“Now, My Love Is…”), she paints in drab colors a picture of the world in which the subject has no hope, meaning, or even existence. In her poem “I, From Early On”, Choe erases even her own personal history, finding her “origins” not in the present world, but in a maggot-covered corpse that died a millenium ago. Love for Choe is always fleeting, ultimately meaningless, or (at best) an unhealthy addiction (“To You”).

The causes prompting such extreme, radical language in Choe’s verse should not be sought in any pathological state or “mental illness” of the poet, but rather in the pervasive social ills that made love (here taboo, stigmatized) seem like a disease, a compulsion, a toxin, even a beacon to suicide. Of course, like any poet, Choe’s poems cannot be reduced to any single issue. Feminist/gendered, sociological, psychological/semiotic readings may all be brought to bear on Choe’s verses. But because Choe wrote directly of same-sex love (“My First Lover, Girl”) we must also consider the role which sexuality may have played in the shaping of her poetic world, just as the sexuality of Gi, who similarly bemoaned the cruelty and meaninglessness of love in his age, provides a key context through which to understand his existential malaise. Declaring “I hate my life!” in poems like “La Vie en Rose”, Gi portrayed his future self as a middle-aged loner who despises his memories, a broken being filled with resentment, disillusionment and fury. This may be seen to represent not only Gi himself, but the specific life dilemma of the underground gay ‘everyman’, a figure standing in sharp contrast to the idealized Neo-Confucian familist norm (“sweet home”) that formed the sum of the consciousnesses of his heterosexual peers. Herein lies the power of Choe and Gi for LGBT literary historiography/criticism.

It is in this sense, then, that both Choe and Gi emerge as important figures in the 21st century project of uncovering and disseminating Korean LGBT knowledges. In the realm of literature, they join early modern novelist Yi Gwangsu, novelist/playwright Gim Hwan, 1980s poet Go Jeong-hui, 1990s novelist Yi Namhui and others, most of whom cloak their sexualities against the threat of social stigma, in the small but bright constellation of Korean artists who have contributed to 20th century same-sex literary culture on the peninsula.

I, From Early On

I was nothing from early on.
Some mold on stale bread
A stain on the wall from urine pissed time and time again
A thousand year-old corpse still covered with maggots.

No mom or dad raised me
I slept in rat holes and fed on the livers of fleas
Endlessly going to my death, anywhere would do,
I was nothing from early on.

We brush by each other
like falling comets, so
don’t say that you know me.
I don’t know you I don’t know you
You thee thou, happiness
You, thee, thou love

That I am alive,
is just an eternal rumor. 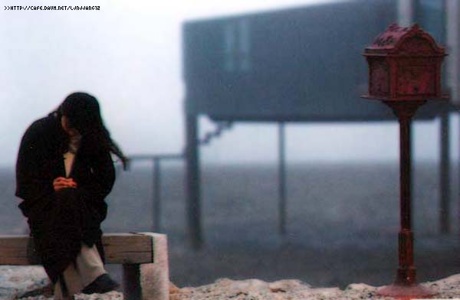 and now it’s about to burst wide open.

All of you, with your surgical scalpels.

Trying to avoid the shadow of your blades,

my love just stayed in the back, hovering in circles,

and is now hiding in the darkness

about to burst from your pokes.

In the body of that girl

flows the virginity I gave up at twenty-five.

I will miss it always, again, and be lonely.

I open up easily with the girl’s two fingers,

like a flower bud unfolds itself, headed for eternity

When that girl touches me

the dream of twenty-five awakens,

My Poem that Doesn’t Want to be My Poem 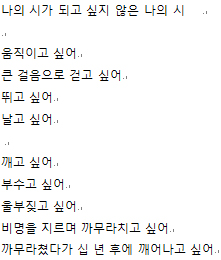 I want to move

I want to walk away fast

I want to run

I want to fly

I want to bust

I want to break

I want to wail

I want to scream and I want to pass out

After passing out I want to wake up in ten years . 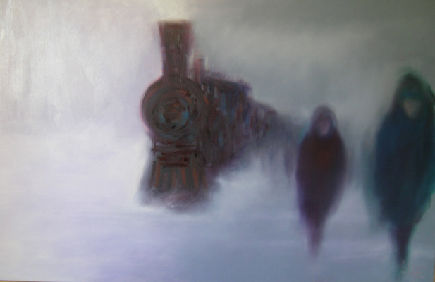 I will go to you.

I will go to you.

The Eternal of My Youth

I want something different that is not this.

I want to go somewhere different that is not here. 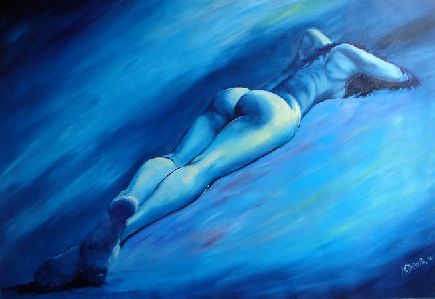 The eternal triangle of my youth.

Love in this Age

I call but there’s no one at home in March

In Dongdaemun, the grasses are

In the same-old alley

we collapse into home as we always do

We descend into the sleep of the world outside

They call from the deep swamp of dreams

(in the waters flowing in these rivers and mountains, falling blossoms, flowing streams)

but we are clouds, feet bound together.

the scorching codes of this age

summon us each night

or the horrific love of these times 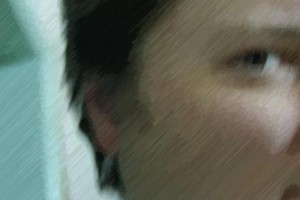