HomeFiction/PoetryThe Dossier of Timothy Cotton Part 6: The Change and Escape

It was several knocks before Scott answered, and even after several knocks, it was a suspicious voice that spat forth the simple and direct question.

“Hey, buddy… it’s me and your girl,” announced Mike. “What’s with the cloak and dagger act?”
The door to the officetel room opened just a crack, enough so that an eye might peer forth and scrutinize the two new arrivals.

“This isn’t some dodgy trick, is it? No authorities behind you two, right?” The eye, Mike saw, tried to leap frog over them, to make certain that they were alone.

The door opened just enough to allow Mike and Reggie to squeeze inside, and then was hastily closed and locked. 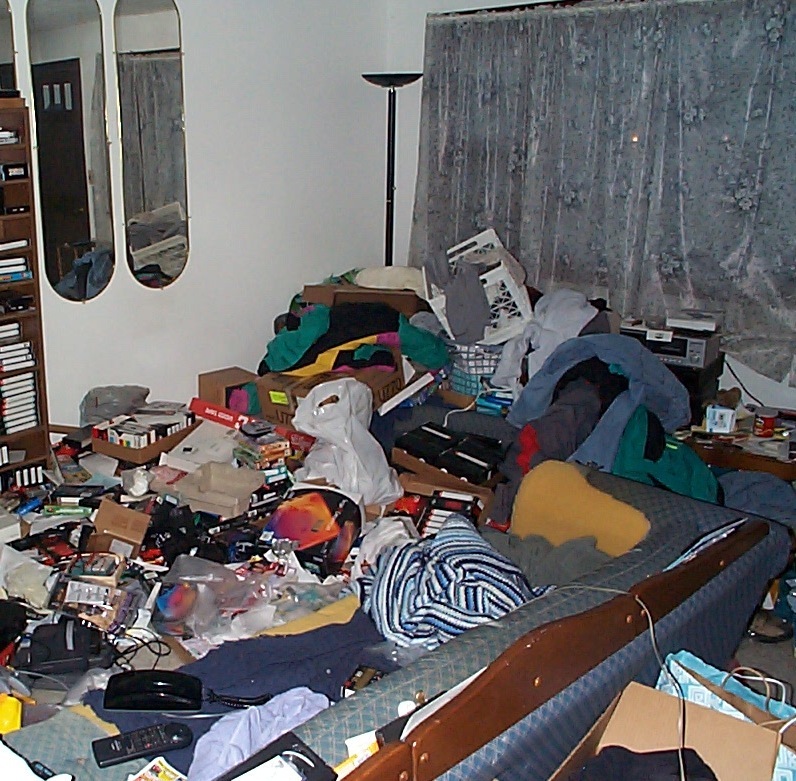 Reggie was in no way prepared for what she saw when they entered. It looked as though a hurricane had touched down in Scott’s one-room Korean English teacher’s standard abode. The television was smashed. The bed had been thrown up near the door like some sort of barricade. Kitchen utensils and the pots and pans that he had inherited, as well as metal chopsticks, spoons, knives, forks, and cups dangled from above, held aloft by string nailed into the ceiling. One had to know precise paths to take otherwise a clanging alarm would sound. The window was cracked, and upon its surface was graffiti. Standing out predominately was Cider Lane, RIP, inscribed within a tombstone. Many items had been smashed, and clothing torn in shreds. They had been reassembled upon the center of the floor in what looked like a cross between Angkor Wat and Tikal, quite an artistic feat. Amidst this ruin and beauty presided Scott, eyeballing the new arrivals with an expression upon his face wholly alien to Reggie in light of all the time that they had been a couple.

Mike expressed simply and eloquently that which was foremost on Reggie’s mind, as well as her first impression and initial reaction.

“It’s actually a combination of the two,” explained their host. “I’ve been in a bit of a stressed and compressed mood. I got a band waiting for me if I can come up with a good original number. It’s not necessarily a prerequisite, but I wouldn’t go to them empty-handed unless I also want a guilty conscience.”

“Uh-huh,” nodded Mike, as though negotiating with an inmate in an asylum.

“So chalk part of it up to artistic frustrations and the other part to me trying to keep the wolves at bay. They’re going to evict me, I’m sure. But I’ll be gone before they do that.”

“Because the song’s almost complete. Then I won’t have to crash here anymore. I can move on to my new digs.”

“Have you been going to your classes, Scott?” asked Reggie, meekly.

“Yeah, we know you, buddy. This is your girlfriend,” Mike pointed to Reggie, “and you and I have been good pals ever since college.”

Scott scratched his chin. He began to snap his fingers, as though trying to remember… quicker and quicker, until his face was alight.

“Matt and Sally, right? You two were good friends with Scott.”

“Mike and Reggie,” Mike corrected him. 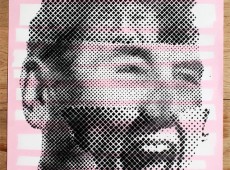 “Okay,” Mike replied in a reasoning voice. “The only problem with that is that you’re in his officetel, not to mention also being in his body.”

“You like music, don’t you?” the accused inquired, shifting the questioning specifically toward Mike.

“You know I do. You and I could write an encyclopedia on music.”

“Musically speaking, what makes me ‘Timothy Cotton’ stand out? I don’t mean musically. God knows I had too little of a chance to really express myself there. So I’m talking about physically.”

“All I know is,” Mike replied, “that Timothy Cotton never looked like my friend, Scott.”

“But he was missing something, right?”

Scott (or Timothy) held up his hand. Half of his pinkie finger was gone.

There was silence for some time, finally broken by Reggie.

“What did you do to yourself?”

She had almost asked, “what happened?” But she felt certain that this was a self-inflicted disfigurement. Nothing “happened.” He did it.

Scott (or Timothy) went to the wonderfully bizarre construction that he had made in the center of the room, retrieving a photo. It was the first photo that Scott had had taken of himself with Mike and Reggie. Mike had just arrived in South Korea, and Scott and Reggie had just begun to date.

“Look,” their host pointed. “He wrote your names and the date on the back of this picture. That’s how I knew I was close with Matt. Matt or Mike, in the same ballpark. But Sally for Reggie… I was grasping there.”

Reggie’s eyes were growing moist. She fought to hold back tears.

“That could be a song, too. I should make a note,” noted Timothy. “A pair of true lovers, lost as a result of one of these Aleister Crowley-type transmogrifications. One of these crazy body swaps. But I might have to beef it up a bit. I’m guessing that you and he were puppy love. In

the song, I’d make you two soul mates, or some such cheese.”

This knock that he was taking against their relationship finally pushed Reggie over the edge. Tears rolled down her cheeks.

Mike tried to take a sensible course with his friend, who had clearly lost his senses, if not his mind. Perhaps like a donkey he could be persuaded back to a path of reason by a well-placed carrot of logic in front of his nose.

“Okay, if you’re not Scott, then where is he now? And why would you and he have swapped places?”

“I never said that he and I swapped places,” countered Timothy. “That’s your assumption.”

“So you’re not in Scott’s body now? Is that what you’re saying?”

“No. I’m not saying that either. This was Scott’s body. I’ll grant you that. But it’s not the same anymore. If you look at me,” explained Timothy, “and I mean really look at me, you’ll see that I don’t quite look like the Scott who you knew. And in another week, when the process is finished, I’ll look even less like Scott, though not quite exactly like the Timothy who I was. It’ll be a bit of both, as well as something new.”

It was certainly the words playing tricks on his mind. Yet as his friend said this, or even before that, Mike thought that there was something different. Was Scott just a little taller, his face slightly more angular? Had his eyes gone from blue to green? It was ridiculous, something that Mike attributed to a trick of light and the power of subtle persuasion.

“As for Scott,” Timothy went on, “it wasn’t a matter of a one for one body swap. Think of it more like a pool table. There were about a dozen of us, like pool balls on the pool table. And as the stars overhead just happened to align in just the right manner… bingo, boingo, bongo… the cue ball was sent slamming into us, and we were all bounced out of our skulls, into other skulls. Scott might be in the body of a souvenir seller along the Inca trail to Machu Picchu or a banker on Wall Street. You might want to post an ad on the Internet, ‘Looking for Scott,’ or some such thing. Maybe you’ll find him.”

“How do you know all of this? And why would it happen to you and Scott and whoever else?”

“Well, I can’t speak for your friend,” said Timothy, “but as for me, I’ve been on a waiting list. You know how it is in the music world for we who are totally dedicated to the art… ‘I sold my soul to rock n’ roll.’ It’s been over for me for a while. I just wanted an encore. A second chance, baby.”

This inspiring speech was interrupted by pounding on the door. From the other side of the door, Korean was barked out in a loud and authoritative voice.

He bolted past Mike and Reggie, tackling the barricade that had once been his bed. Only as he shoved it forward, he angled it with purpose and precision. Just as the master key was being applied to the door, the bed was wedged against the door and braced against the wall in such a way that made it impossible to open the door. Such a trick could not be done with a door that swung outward to open instead of inward, as was the case with this door.

There was more pounding upon the door. Then it sounded like a shoulder ramming against the door, as Mike heard what sounded like “sheebal” to his ear, which he knew to be the holy curse word in South Korea, despite the fact that this also sounded like the name of a revered queen of Africa.

At one end of the officetel it was the loud and angry assault on the door, while at the other end it was a flurry of motion, quick and efficient, as though well rehearsed. Mike’s former friend had already rushed past he and Reggie, swooping down to the floor to seize a satchel of personal belongings, and then upon a bookcase, which he had upended, stomping holes into its back at some point during his remodeling, he had sheets of paper scattered all about, possibly his new song. Mike could not be sure. Their host swiped the pages, unceremoniously stuffing them into the satchel. Finally he was opening the window. Mike could see that the screen in the window had been torn so that there was a gaping hole. 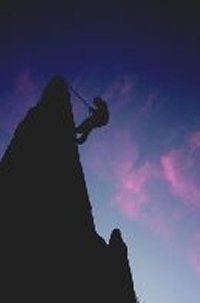 Scott or Timothy, or whoever this person was, climbed out through the window. They were five stories high. Suddenly the insanity registered fully upon Mike. The escapee was planning to jump.

It was Reggie who shouted what Mike was thinking.

But Scott was gone.

In unison they rushed to the window, looking to the ground. But there was no body splattered below. Yet looking directly down, they did see what appeared to be someone scaling the wall of the building.

Timothy looked up at them and laughed.

“Rope ladder, kiddies. It’s safe. I tested it,” he called up to them. He scrambled down a bit further before stopping to call up to them again. “When I touch ground, feel free to follow me. One at a time, though, because I don’t think this can hold two. Or you can stick around and explain the situation for me after they bust that door down.” He laughed again, a machine gun chuckle that sounded entirely unlike Scott. “I’ll be at the Galax Café. I got two lines of this song to finish.”

Like a monkey he nimbly reached the last story, jumping down to clear the rest of the way. He looked up one last time before sprinting away. 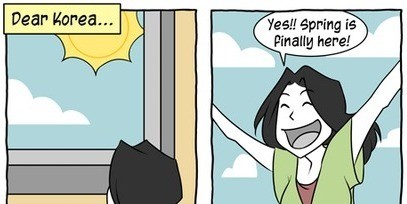 Where the Hell Is Spring? 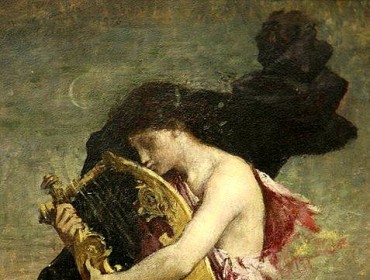