HomeFrom the SceneGuarding Seoul from the Mountains: Letter from a Korean Soldier

Guarding Seoul from the Mountains: Letter from a Korean Soldier 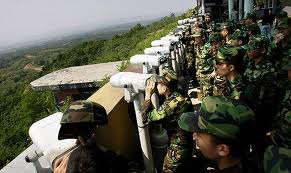 More than half of October has passed.  It might be after the mid-term there and I’m reminded of when I was in school.  Well, how are you?  I think you’re busy making questions, correcting things, pointing out errors your students made, etc.  Thinking of that I picked up the pen and decided to write.

I’m in a mountain.  My main goal is to protect a “VIP facility” (and I’m pretty sure that you’d know what that means), and then the secondary mission is to protect Seoul.  The G20 Summit is coming closer (maybe it’ll be around when you get this letter) so we’re getting busier and busier with training.  And that old man Kim Jong “Ill” seems to be preparing something—gas, maybe.  But I think it’s just for a show, for he’d not want to make 20 enemy countries, and to succeed all his power to his son Kim Jong Woon (Eun? 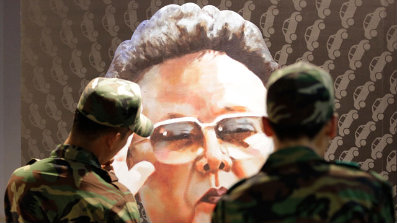 People here don’t like watching the news) easily, without others’ eyes watching, he might need an event that can avert others’ from what happens in the DPRK.  Nevertheless, he’s unstable.  I mean, we don’t know what and how he thinks, especially when it comes to the matter of nuclear weapons and terror.  Hence, I can do nothing but guard strictly.

But there really are those that make me depressed and annoy me even more than North Korea.  I already know that there are many hypocrites, but here they are more than anywhere else.  They give what they took (this is not the same concept of “give and take”)—anger, annoyance, swears, blame, etc.  These are sometimes given to me even though I did nothing wrong.  Then I shrink, lose my passion and get another kind of passion, and even feel like I’m incompetent, useless, stupid and hopeless.  Well, I’m a man of pride (but not arrogant), and when my pride is wounded I’m renewed and become stronger mentally.

Thank God! I’ve just cleaned the kitchen with my squad members and while I was cleaning I heard a song that is quite friendly from the radio.  It was “Enter Sandman”!! Even S&M live version!!  My Father knows what I need.  You know, soldiers here (I mean, in Korea) mostly listen to songs sung by idol girl groups.  I won’t say that I hate them, but ROCK gives me energy, it encourages me so that I can be passionate again.

It’s been about 3 months since I became a soldier.  There have been so many things that have annoyed me, but thanks to people like you, I still say that I’m happy to be a soldier, for I, here, stand for you by doing this.  Hope to see you about 50 days later.

Editor’s Note:  Chuck is a former student who completed a year and a half of college and decided to enter the army.  He is an avid fan of music from the Beatles and Beethoven to Metallica and Seo Tai-ji.

Dancing with Nietzsche— A tiger, a bear, a lot of soju and an MTV gig