Not all meetings I attended revolved around such problematic and arduous issues such as Cuban embargo crisis. Some meetings were idealistic, targeted at youth and children to offer hope for a better future. The meeting held on the International Day of Peace Student Observance sought to “harness the energy, imagination, and initiative of the world’s youth in overcoming the challenges facing humankind.” This year’s theme was “Dialogue and Mutual Understanding…aimed to encourage dialogue and understanding across generations, ….(and) to encourage young people to dedicate themselves to fostering progress, including the fulfillment of the UN Millennium Development Goals.”

I had been unaware of the meeting; most of the interns decided to go at the spur of the moment when one intern found an article in a New York City local Korean newspaper on Yuna Kim’s participation in the event. As I entered the conference room, a very aged and somewhat unattractive piano accompanied a Japanese youth choir. I later found out that the piano was

one that survived the bombing at Hiroshima and had since been restored for use in concerts. The room was full of students from international schools, local inner-city schools, and reporters from Japan.

A middle-aged woman who sat in front of me suddenly turned around and asked me what I thought about the meeting. I had no idea what the meeting was really about, for it had not even started–and I had come just to see a Korean celebrity. The piano was the first thing that came to mind, so in jumbled sentences, I tried to tell her it was very meaningful that a piano that survived the bombing of Hiroshima was still used to accompany songs about peace sung at the United Nations, especially on a day like today, when all the children around the world came together to observe and celebrate peace. “Beautiful!” she exclaimed, as she scrawled in illegible writing on her notepad. She introduced herself as a reporter from Kyoto News.

Out of all the speakers, Elie Wiesel seemed to be the most poignant and influential speaker. Since I had read his book “Night” and knew a bit of what he went through, I expected him to talk about his past suffering during the Holocaust. However, he did not refer to his past once throughout the entire meeting so the Under Secretary-General who sat next to him had to give the children a brief explanation on Wiesel’s past on the author’s behalf. Wiesel instead spoke on the importance of learning about the “otherness” of a person, “because there is so much to learn from a person there is no time for us to make enemies.” He especially stressed the importance of listening to people’s stories. As the United Nations Messenger for Peace, Wiesel had travelled around the world to collect stories–stories of rape, murder, and abuse. After briefly mentioning stories he had heard while visiting the Balkans, Wiesel explained that he tried to expose these testimonies to the world. Though he had heard many, many painful stories, he expressed great regret that none of the stories had a proper conclusion.

After the meeting ended, all of the interns ran to Yuna Kim for a great photo-op. My original intention had been to take a photograph with her, but I waited to meet Mr. Wiesel. His handshake was surprisingly firm, and he gave each person undivided attention when shaking hands. I should have said something memorable or asked a thought-provoking question on his oration, but when I finally made it through the web of iPhones and cameras, I just shook his hand, completely frozen, blandly telling him how much I enjoyed his book. Oh well.

Although I was too star-struck to realize at the time, I later understood what Elie Wiesel meant by the importance of “collecting stories.” Collecting stories was his way of sharing and speaking for the people who were not able to testify on their own. As a “collector of tears,” he wished to “finish their stories,” to end their suffering and pain.

In the same way, created out of the rubble of war and destruction, the United Nations was created to become the “collector of tears.” It should not waver in its purpose but fulfill its goal of “finishing the stories” of the most vulnerable in our world today.

Elena J. is resuming her classes at Yonsei University after returning from the U.S. Her last story for 3WM was “Inside Korean College Life: 10 Survival Tips.” 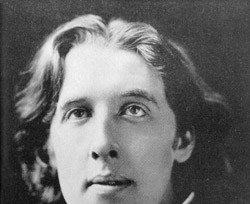