Every winter and summer break, my college, Yonsei University, offers a program called “Global Career Tours,” arranging trips to companies in major cities such as London, Hong Kong, and New York.  Essentially, students get a 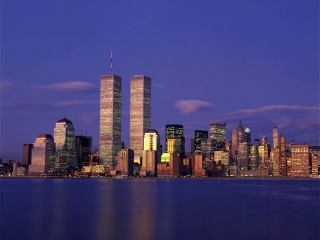 Last August, about 15 students (I was one) had the opportunity to visit diverse companies and organizations and meet employees working in different fields. Students had the chance to listen to two Korean American bankers’ stories of how they came to work for ING, to walk around the hectic trading floor of JP Morgan, meet ABC’s Juju Chang and take part in the live audience of Good Morning America, to ask questions about graduate school opportunities to the dean of Fordham Law School, and to converse with lawyers from White and Case, an international law firm.

Students also conversed with Ban Ki-Moon’s spokespersons at the United Nations Headquarters and received a tour and overview from a Korean diplomat at the Permanent Mission of the Republic of Korea to the United Nations. Through this program, we not only learned about the work of each company, but also experienced the working atmosphere firsthand and learned about the different training/internship programs offered to students.

At the Permanent Mission of the Republic of Korea, one of the diplomats informed the students of an undergraduate internship program offered every three months. The interns would stay for a few months and assist their senior officers from the Korean Ministry of Foreign Affairs and Trade by attending and briefing meetings at the UN, helping arrange events at the Mission, and much more. Our host went on to recommend the students to apply for the fall internship, as few applicants sign up in the fall when classes start.

I was instantly piqued—and wanted to sign up for the internship right away. I had already been thinking about taking a leave of absence during the second semester to stay with my family in New Jersey for about six months, but I had not specifically planned on what I would do during my stay. The professors who accompanied the students had every student prepare a draft resume before the trip, just in case they would come in handy. Out of pure audacity and totally unaware of what I was delving into, I decided to apply for the post right away. Miraculously, the Mission accepted my resume, essay, and letters of recommendation (for which I deplorably entreated my professors at the very last minute) a few weeks after I applied.

For the next five months at the Mission, I worked under the officer in charge of the General Assembly Affairs, attending meetings, making phone calls, doing odd jobs—always on the run. Though I learned numerous lessons and acquired many new experiences during those five months, I have decided to share two brief anecdotes of memorable meetings I attended during my stay.

Ending the Embargo Against Cuba

On the morning of October 26, my officer suddenly asked me (out of the blue, as she always did for everything) to sit in for her at a meeting. The meeting, an annual plenary meeting titled: “Necessity of ending the economic, commercial, and financial embargo imposed by the United States of America against Cuba,” was to take place in a few minutes inside the General Assembly Hall.

As I hurried to the Hall and plopped into the seat of the ROK, I was worried I would write a terrible brief for I knew next to nothing about the issue. Although I had a vague notion of the U.S. embargo on Cuba as a political blockade born during the Cold War, little did I know that the embargo resulted in so much economic and even more humanitarian turmoil for Cuban citizens.

After the President tapped his gavel, the meeting officially began. One by one, speakers came up to the podium and started to voice their opinions on the issue at hand. According to their statements, the General Assembly had been deliberating this issue for 18 consecutive years. However, these resolutions had not been properly implemented, and the embargo against Cuba hitherto remained in effect. Though most of the speakers were from Cuba’s neighboring countries, such as the members of CARICOM, many others were from diverse regions such as China, Iran, Eastern Europe, and South Africa. Even the Minister for Foreign Affairs of Cuba, Bruno Parilla, came to New York in person to speak on Cuba’s behalf, about the issue that presently affected his country the most.

According to the speakers, the embargo against Cuba was a matter of “life and death” to Cuban citizens, denying them not only financial services but indispensible rights such as education and health services. Every speaker noted the importance of passing the draft resolution A/65/L.3 titled: “Necessity of ending the economic, commercial and financial embargo imposed by the United States of America against Cuba.” Every speaker condemned the illegitimacy and the sweeping implications of the embargo on Cuba’s agriculture, health, medical research, educational collaboration, and cultural exchange. The Iranian permanent representative (interestingly the only male speaker who never wears a tie to meetings), charismatically deplored the sanctions as a “tool used, not to spur international peace and security, but to impose hegemonic intentions of Big Powers against other nations.” Cuba’s foreign minister strongly reiterated this point, declaring that in this age of global interdependence, Cuba could not even buy German medical equipment if even one piece was manufactured in the U.S. Currently, Cuban artists are banned from being paid by U.S. citizens for their work, and Cuba is blacklisted in the U.S. Department of State’s list of terrorist states.

The speakers also noted Cuba’s accomplishments and aid to other developing nations. The Ghanaian representative expressed gratitude towards Cuban medical professionals currently working in Ghana, many of whom offered teaching facilities to Ghanaian universities. He further thanked Cuba for offering scholarships to African students. The representative from Gambia acknowledged Cuba as “a leader in providing humanitarian assistance, health care, and education around the globe.” I was surprised that so far, not one delegate had condemned Cuba and stood alongside the U.S.

Right before the draft resolution was put to vote, the delegate from the United States asked for the floor. Frowning, he repudiated the previous remarks made on the podium, stating how the United States regretted how Cuba, year after year, labeled U.S. sanctions as “Genocide.” He further asserted to the General Assembly that the U.S., Cuba’s largest provider of food, holds no restrictions to humanitarian aid to the country, and in 2009, President Obama lifted restrictions on family visits and increased donations. He went on to provide examples of cooperation between the two nations such as the collaboration efforts between U.S. doctors and Cuban doctors during the earthquake in Haiti. He stressed, however, that a new era could not be established until the government of Cuba recognized the international freedoms the U.S. defended, and therefore that the U.S. would vote against the resolution. Interestingly, though the American diplomat gave a lengthy commentary, he did not seem to be totally immersed in the discussion at hand, but rather spoke as if he were reciting passages of a speech he had given for years.

Shortly after the American ambassador spoke, the president asked every member to vote on the draft resolution. Delegates instantaneously clicked on a button built into their desks. After the votes were electronically locked, two neon boards placed on the wall above the podium quickly lit up, flashing the names of member states followed by many green, two red, and three yellow squares. The result of the vote was predictable, yet astounding: 187 countries voted in favor of the resolution while only the U.S. and Israel voted against. Only pro-Israel and U.S. allies such as the Marshall Islands, Micronesia, and Palau followed their perennial cycle by abstaining from giving a direct opinion.

Upon the display of the results, representatives from Cuba and from Cuba’s neighbors, Nicaragua and Venezuela, sprang up from their seats and gave a standing ovation to Cuba’s “victory,” jubilated by the overwhelming majority of the votes cast in Cuba’s favor. The austere and formal atmosphere of the General Assembly Hall suddenly changed into that of a pub on a Friday night. Many delegates from diverse countries suddenly stood up and made a beeline for the Cuban seat. Eventually, a line formed next to the Cuban seat, filled with diplomats waiting to congratulate and shake hands with the Cuban diplomats.

After the vote, the representative of Belgium, speaking on behalf of the European Union, stated that though the EU opposed the embargo, the EU condemned the Cuban government for wrongfully holding political prisoners, calling on Cuba to grant freedom of speech and access to information to its citizens. However, the Cuban delegates were too busy congratulating each other, shaking hands, and patting each other on the back to heed such advice. The three delegates who sat at the seat of the United States seemed to slump as low as they could in their chairs, looking dejected, grim, and embarrassed. I noticed that the Andorran delegates who sat behind the U.S. delegation could not help but suppress smiles of silent amusement.

However, the Cubans’ celebration would not last for long. Their victory seemed somewhat bittersweet, for they would repeat the same process, cite the same arguments, and create the same tension in 2011 as they have been doing for almost two decades, without creating any concrete solution or desired outcome.

Observing the dynamic activity at the General Assembly, and seeing how countries interact in such a small but significant microcosm within the larger international system was a very eye-opening experience. Looking around the Hall, I did not see the difference between one person from a rich country and another from a third world nation. Every diplomat was impeccably dressed, equipped with the latest smartphone, picked up by a luxury sedan after meetings, and most likely among the top elites of their nation. Though I do not possess a professional understanding of international relations of power politics, I still felt that these meetings truly exposed the imbalance of power, the inequity between the haves and have-nots, the clash of ideals and culture, and the core of human emotion. 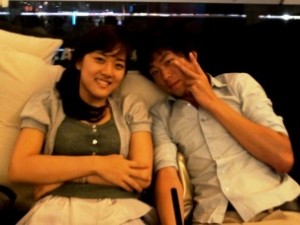 Elena J. is resuming her classes at Yonsei University after returning from the U.S.  Her last story for 3WM was “Inside Korean College Life:  10 Survival Tips.” 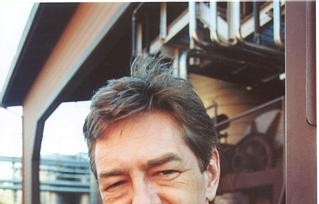 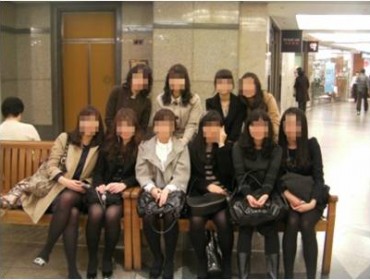