HomeArtBallad of a Thin Man (A French & Korean film) 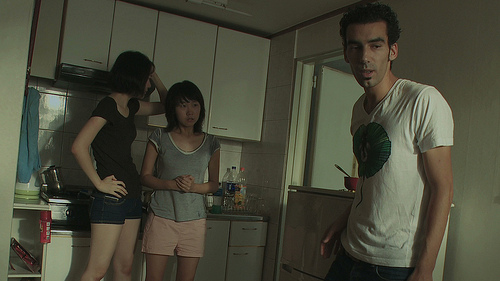 When I’m asked the much awaited question « why are you in Korea ?», now I sometimes answer: « because of this film ». It doesn’t help the questioner but I know what I mean. This short film sums up the strength of my relationship with this country—almost a 10 year relationship now—such as with an old friend. I was able to make it because of this long term relationship, and the story is a very subjective way to see the relationships between France (where I come from) and Korea. More precisely, between French guys and Korean girls, because, not surprisingly, it’s also thanks to some girls, apart from movies, that I met Korea.

This film is not my first, nor is it the first time for me to shoot in Korea; still it’s my first work of fiction here. It has been made with a professional film and a professional Korean crew. Saying this, I know the film has many amateur defaults, such as in the acting. The thing is finding just one French “actor” in Korea was also hell. The other French guy is a dear French friend who also brought a lot of ideas on the story and filmmaking. Everybody did his, or her best. I won’t blame anybody, or any lack of money, any bad luck, for any default of the film. The result is how far I managed to go at this time.

This idea began with the song of Bob Dylan, « Ballad of a thin man ». It describes a metaphorical man, « Mister Jones » trying to figure out a person he is looking at : himself of course. More broadly, he doesn’t get a new situation, which is changing too fast. « Something is happening here / but you don’t know what it is / Do you, mister Jones ? »

I was listening to it at the time when the core of the story (mostly the characters, the two guys and two girls) was in the works. It helped me to take some distance and the song ended in fitting to one or another character, depending on the moment. I tried to break some clichés of French guys (so romantic…) and Korean girls (so gentle…). My conclusion about real people, unfortunately, is that the meeting ends into a violent colliding. I don’t mean it’s always the case, it’s just a little extreme way to think about some issues which makes turn every story into something, well, far from romantic comedies.

The true part, for me, is that Korean and French people may be sometimes equally oversensitive or messy. And around all of us, nowadays, the search for money or irrepressible desires can destroy all relationships. In Korea, a French guy may feel he’s wealthier, more powerful, desired, free. But is he really that free anyway? Or using some weaknesses of the locals? How far can a person go, forget some rules once respected? How far does he/her thinks the situation is under control? It’s about limits. Where is the limit for a French guy, for a Korean girl?

I precisely didn’t want to give any definite answer because there are no such things as « the French» and « the Korean ». I’ve tried to change my natural point of view by looking at France from a distance and at Korea with the most empathy. I hope I’ve given a chance for the characters to speak for themselves, and proposed some narrative challenges to the spectator, such as the use of some long sequence shots, which gave the pace of the film, and its length. Some characters of the film pretend to know their limit and some learn how much they don’t know. In this way, I could have been all of them by making this film. 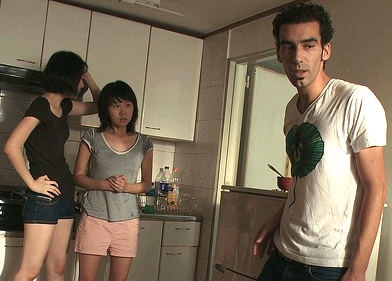 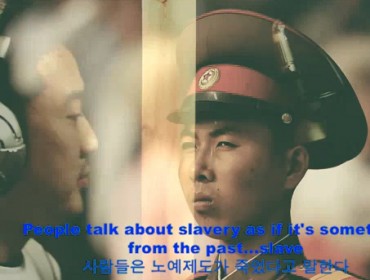