Update: The Joongang Ilbo reported over the weekend that the mother was struck in the head with a “blunt instrument” in the middle of the day. No further information about the perpetrator(s) has been released.

On Thursday night, March 10 Fighters for a Free North Korea (FFNK) announced that they were planning to head to the northern city of Paju along the border on Saturday to send balloons containing leaflets and other objects like USB memory sticks, CDs and dollar bills to North Korea.  The decision had been in limbo all week as the group checked weather reports for wind direction.  The Three Wise Monkeys had been waiting to get confirmation with the intention of accompanying the group and reporting on the event.

Yet, just a few hours after the confirmation was received, information came in saying that the event had been canceled due to the death of a family member of one of the leading activists in the group.  That was that—plans were scrapped.

Then today (Friday, March 11) some rumors were heard through random sources that something more than a death had happened.  And at around 4 p.m., a contact at Yonhap news said that the activist’s mother had been murdered with little other information available.  Yonhap then ran this short article about the incident that had originally just been a death. 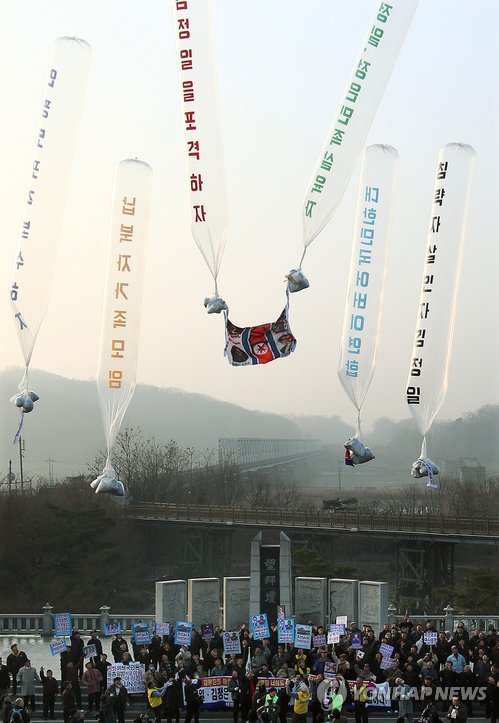 Nothing more is known at this time but speculation, of course, is rife.  The timing is remarkable.  North Korea had already threatened to respond with force to further leaflets that denounce the leadership and encourage citizens to resist the Kim regime (and this time they would carry news of  the Middle East uprisings).  Did they target the family?

Other, more controversial and sensitive theories have been circulating that point to a domestic culprit or someone(s) that did not want the event to go forward due to the threat of a military provocation.  Again, all of this is total speculation but certainly has elements of logic.  This was to be, perhaps, the most provocative FFNK event given the current uncertainty and tension on the peninsula.  One can only wonder if the murder was a deliberate act to indirectly force its cancellation.

The Three Wise Monkeys will be following things as they develop. 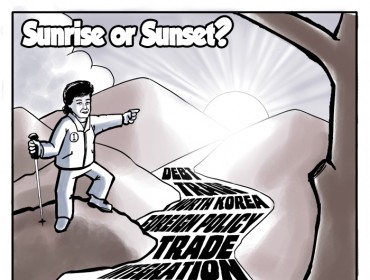