HomeFrom the SceneLetter on Japan: Before and After the Quake (Pt. 2) 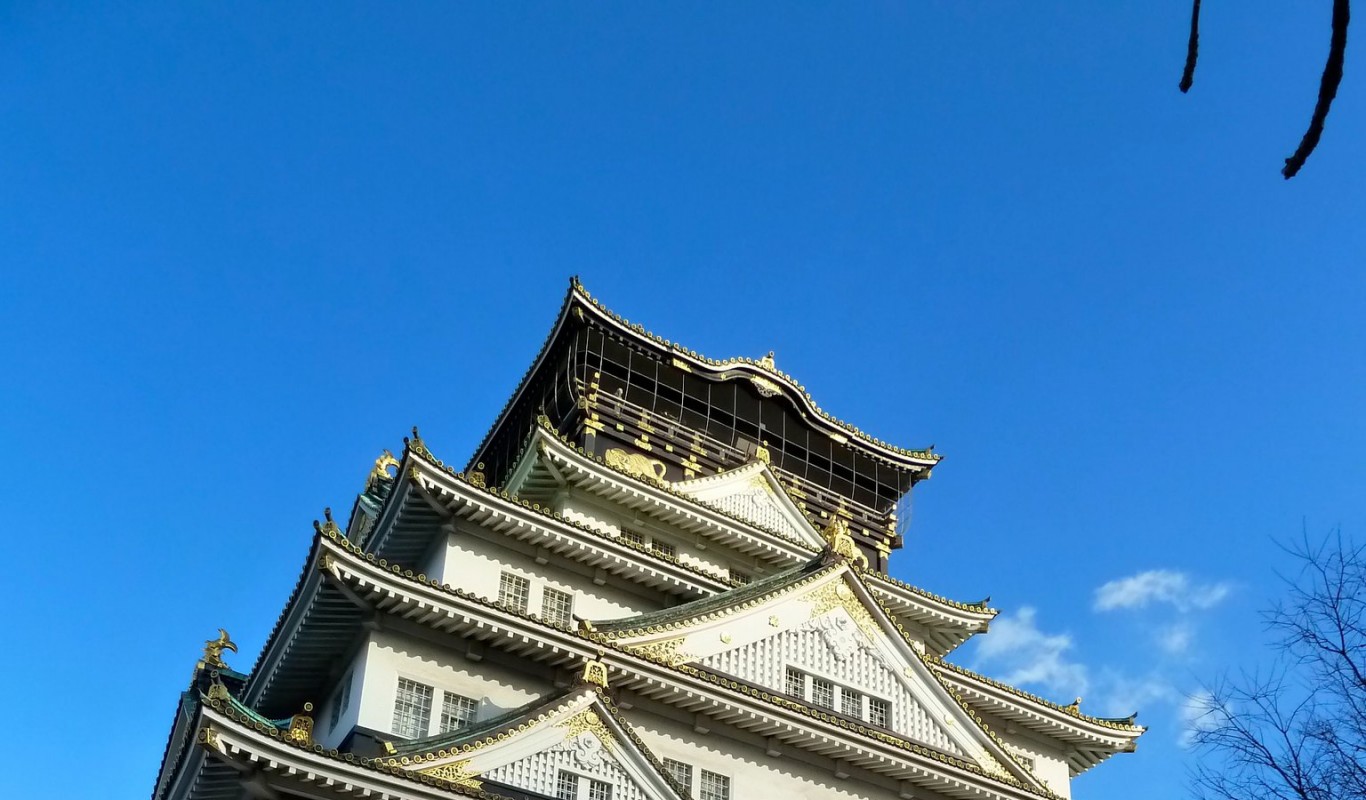 Author’s Note:  When I began writing this piece in January, following a ten-day period crisscrossing Japan, it’s no exaggeration to say that the country occupied another place entirely within the popular consciousness. Since then, the sequence of events that began on March 11th when the 9.0 magnitude earthquake struck the Tōhoku region has shifted everything. Japan’s 3/11 as America’s 9/11. No one can ever utter, or shrug the shoulders at the word “Japan” in quite the same way. Nowhere is this truer than in the Republic of Korea. Here, derision has been usurped by sympathy, mild dislike by overwhelming concern and sadness. When I was putting together the original draft those weeks ago, I had hopes of highlighting some of the inner-workings of Japan, in addition to its unique and fractured place within the minds of Koreans. I felt I experienced a great deal during my time there, but I fear I have been pushed back towards square one by Mother Nature’s untimely intervention.  Read the rest of this introduction and Part 1 here.

It was like I’d returned to real life, to a people who cast aside the multitude of practicalities and inhibitions in order to throw back their heads and laugh.  I’ve always been fascinated by cultural idiosyncrasies, and Korea is resplendent with them- something in evidence and able to be appreciated all the more now that I have visited its closest neighbour.  The fact that strangers posed the tried-and-tested ‘where are you from?’ line only once during my ten days in Japan, not accounting for platitudes in various reception areas, was mildly disappointing.  I attributed this to a combination of pride and the fact that, of all world languages, Japanese has the smallest inventory of sounds available to its speakers.

Utilising a pitch accent, as differentiated from the stress accent prevalent in English and Spanish, or tonal languages such as Mandarin, Japanese can often come across monotonic to the untrained ear.  When speaking, pitches are divided into high and low levels, pronounced with equal length and at a lower volume than the dramatic peaks and troughs of English intonation, in which the uneven flow of syllabic stress denotes everything from surprise to inquisition.  Here, cadence is disrupted by the speaker’s unconscious hastening when between stressed syllables in a given word or sentence.  By contrast, the steady flow of rising and falling pitch in Japanese can come across as distinctively flat to a non-speaker, something I regularly found when riding across the country by train, trying desperately to glean even the smallest bit of information from the tinny onboard announcements.

As such, many Japanese find the distribution of syllabic stress particularly troublesome when speaking English – in much the same way as the interchange of letters in Hangul leads to pronunciation difficulties for Koreans.  All this results in very low-key, restrained manner of speech, with minimal emphasis placed at what would otherwise be deemed key junctures.  Marry this to the natural introversion of the people, as well as their deep fear of embarrassment, and you are left with a situation in which most natives will not speak English unless absolutely certain of their correct grammar and punctuation in a given context.  This scenario hardly lends itself to assertiveness when faced with confused tourists and explains, at least in part, the widespread diffidence I observed.

Curiously, when finally summoning the courage to inquire about this ostensible English-speaking vacuum, I was informed that the elder generations tend to have higher levels.  My hostel owner in Osaka, who had spent time in Australia and was by far the most fluent of all those I met, explained that many younger students have no real interest in learning English, finding the tonal range extremely difficult, and being largely preoccupied with mastering the three thousand characters of Kanji.  Again, the rigidity of memorisation in this context is not conducive to the smooth absorption of English, as the opportunities for speaking and listening are marginalised by the prominence of visual recognition.

Traveling from a Busan-shaped hotbed of romanisation made this especially striking, more so in the shadow of the small group of Koreans sharing our lodgings in Osaka, themselves happily speaking broken English to anyone who came their way, including, somewhat strangely, the Japanese owners.  Sitting down one evening, seemingly an age ago, to watch Japan compete against Australia in the final of the Asian Cup, these two groups exchanged English pleasantries in a hushed monotone, frequently looking to me for clarification, before attempting to teach the other rudimentary phrases in their native tongues.

Having grown used to the notion of being completely out of my depth in Japan, mine had suddenly become a position of bizarre and complete privilege, with English fast regaining its utility, alongside the unexpected bonus of knowing as much Japanese as the Koreans, and marginally more Korean than the Japanese.  Explaining phrases such as ‘assa’ and ‘kenchanayo’ to the locals, in addition to the differing of Seoul and Busan accents, was made even more memorable by the silent approval of my fellow tourists, themselves nodding and smiling serenely as I clumsily attempted my best exposition of their homeland.

In the dim light of the hostel lounge, the linguistic wall loomed large as a stark and defining feature in their relationship.  Despite being only two hundred kilometres apart, I’ve still only met one Korean capable of bridging the proverbial gap.  If this evening of open-mouthed confusion served any purpose, aside from collective bewilderment, it was to shed new light on the respective insularity of both nations, at least when it comes to their closest neighbours.  Of course, this is no new discovery, but rather something so ubiquitous it quickly becomes white noise, fading into dull everyday shades under the veneer of the norm.

Overwhelmingly, at least until the earthquake struck, the Koreans I met chose to ignore Japan as much as possible, whilst the Japanese seemed to have grown used to life without the Hermit Kingdom.  From this perspective, it is worth remembering that they did, until relatively recently, move in very different circles.  Being the first Asian nation to industrialise, the Japanese have been a prominent international force for many years, only joined by Korea in its capacity as an ‘Asian Tiger’ with high living-standards, education levels, economic growth, and technical proficiency, from the late-twentieth century onwards.

Painting the countries as bitter siblings would be too simplistic an overview, but it is certainly the case that Korea seems more youthful and curious.  More wide-eyed, even – and I don’t intend that literally to denote the staring of locals at any foreigners who happen to take a seat on the subway.  If the naivety that invariably ties in with this can be frustrating, it can equally illuminate the scope of the imagination.  The unofficial Korean motto, namely perceiving every good idea to be a Korean idea, is to me infinitely more palatable than the Japanese mantra of ‘catch up and overtake’.  I, for one, enjoy Korea as much for its faults as for its notable, multifaceted prowess.  Studiously remodeling select aspects of other cultures to improve their efficiency and utility is all well and good, but it eliminates the presence of imperfections, of blemishes, and of colossal misappropriation.  By eliminating these, you ultimately eliminate variety, and we all know the consequences of that with regards to life’s culinary flavouring.

Japan is unquestionably in possession of some social ills though, despite the seamless conveyer belt existence that, until very recently, the overwhelming majority of its citizens enjoyed.  These particularly come in the forms of a widespread gambling affinity and Hikikomori.  If the latter sounds distinctly specific, that’s because it is.  Translated literally as “pulling away, being confined”, it is an acute form of social withdrawal that has grown at an alarming rate over the last decade, leading to extreme levels of reclusiveness, particularly amongst adolescent men, stemming in part from difficulties encountered in the job market,

Generally speaking, Hikikomori are overwhelmed by modern Japanese existence, perceiving any social difficulties they might have to be insurmountable when set against a backdrop of such coherence and homogeneity.  However, in keeping with the national outlook, at least on a human level, this is very much an apathetic problem, far cry from the ostentation of the gun crime and drug-use that blight so many Western cities.

In Korea, too, crime rates are incredibly low by international standards.  Social problems have less to do with personal circumstances than with the fiercely competitive nature of the people, a potentially dangerous force in itself, leading to the occasional bubbling over of xenophobia, chauvinism, and outright racism from a population of astounding racial purity.  In turn, it also feeds to an unhealthy image obsession, across all spheres from physical appearance to education, line of work, and perceived level of success in the eyes of others.  This can lead to numerous societal ills, but perhaps the most notable is depression, a pervasive phenomena within Korea, which carries the highest suicide rate in the OECD.  Problems with video-game addiction also receive attention from sensationalist foreign news outlets, but in reality it’s the relentless drive to better oneself that is showing its dark side with more frequency.

Taken as a whole, it’s a curious blend of jackbooted patriotism and prize-giving ceremonies, of screen-lit computer rooms and uniformly-bellowed national anthems.  However, most younger Koreans I know strike a delightful balance.  On one side a stiff flag-waving pride in the face of any and all competition; on the other a sheltered and tentative international curiosity.  There is a tangible sense that, in spite of their love for the peninsular, the world is changing and the need to look outward is growing consistently.  Coming from the UK, I feel exactly the same way.  There is most to learn from striking a balance between revering your own people and observing those hailing from outside the arbitrary set of lines that constitute your homeland, regardless of how great you perceive it to be.  If the unfortunate events befalling Japan have any silver lining at all, perhaps it is their capacity to act as a catalyst for outward observation amongst Koreans, sparking a sense of kinship and affinity that will surely provide ample benefits to both parties.

Sam Sheppard left London and arrived in Korea less than a year ago. He works in Busan as an elementary school teacher and bores all who will listen with his blog The Illiterati. 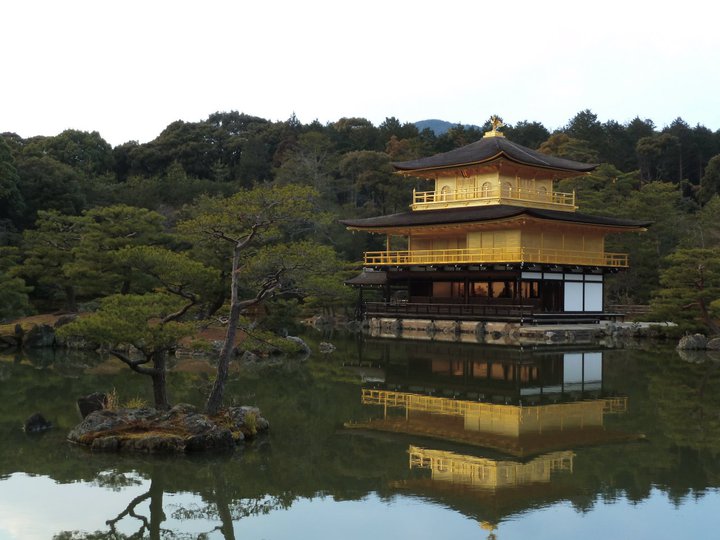 A South Korean Farm, a Brother & Sister, a Forbidden Love