HomeEXPAT LIFEThe Same Same But Different of the ROK 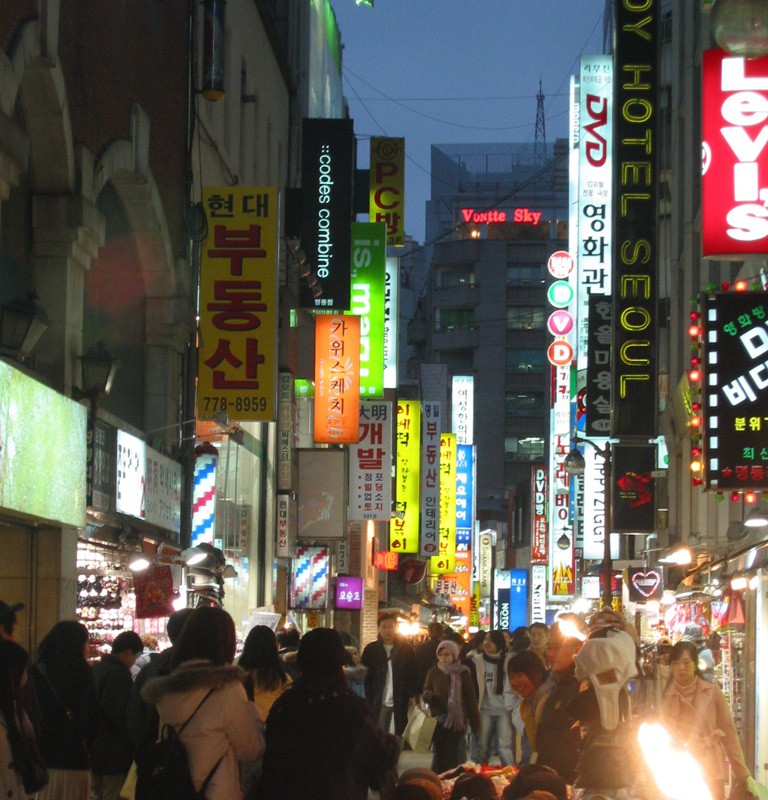 Is there a more charming Asian phrase than, “same same but different”? If there is, I haven’t found it. After traveling in Southeast Asia and discovering this lovely phrase, I had high hopes that I would also encounter it here in South Korea. Sadly, it seems not to have migrated, which is a shame because it really is quite useful.

As the U.S. military flies bomber sorties over the peninsula and the world collectively wonders if Kim Jong-un is just another silly boy crying wolf or if war is, in fact, imminent, life here in Seoul is same same but different. Commuters are sitting in traffic on their way to work, straphangers are holding on for dear life on over-packed city buses, old men and ajummas are exercising in the park, mothers are pushing ridiculously expensive strollers containing perfectly coifed children, and coffee shops in Gangnam are bustling. Oh, and we’re wondering if North Korea is going to make good on its promise to turn Seoul into ashes. There’s that. So, you know, same same but different.

I find myself fielding a lot of questions from concerned loved ones back home. Are we sure we don’t want to come home? Is it really safe? Aren’t you scared? What if he does it? Everyone seems to assume that we have more information than they do by virtue of being here, and while that is a very logical conclusion to draw, it is sadly inaccurate. I only know what the international media reports, just like anybody else. The U.S. media decided at some point that their main job was to whip people into a frenzy about anything and everything and the coverage I’ve seen originating from my homeland does seem a bit, um, less nuanced than it ought to be about this whole situation.

The respective answers to the loved one’s questions are: 1. Yes we are sure we do not want to come home–You know what’s worse than the threat of potential nuclear war? Fourteen hours of air travel with a toddler. 2. We are not scared, no. Slightly nervous, perhaps, but not actively scared. I think about North Korea following through on these threats about as often as I think about me following through with my promises not to have another slice of cake after dinner. So, it crosses my mind, but not enough to alter my behavior. 3. Assuming Seoul is the target–if there is an attack– we won’t know what hit us. My assumption is it will be a quick and painless departure from this earth

The seemingly cool, casual way that everyone is going about their business does seem insane given the potential threat, but then, what else are we supposed to do? Stop living? Granted, if anything were going to happen, now would make sense. We’ve got two new leaders, both interested in proving themselves to their constituents. The older generation seems more concerned since they’ve actually seen and remember war while the younger generation has grown up with a constant threat accompanied by little action. A similar difference will likely be apparent between my generation and our children, who will have grown up under the constant threat of terrorist attacks, but who, unlike us, will have no memory of September 11, 2001. Same same but different.

And just what are they thinking up there in North Korea? Are they also wondering if anything is going to come of this round of fiery talk and threats? Does the average North Korean want to see Seoul reduced to ashes? North and South Koreans share the same genetics, the same language, the same cuisine, the same heritage and the same history. Except of course for the average height difference of 3-8cm due to malnutrition,  the language differences that have no doubt sprung up from both isolation and a lack of innovation that would require new words, the changes to daily eating that must have taken place given widespread food shortages, the rewriting of their heritage by North Korean leaders, and the imprisoning and torturing of their own people, a history that South Korea does not share (well, except for that pesky business with dictator Park Chung-hee). They are same same, but different. 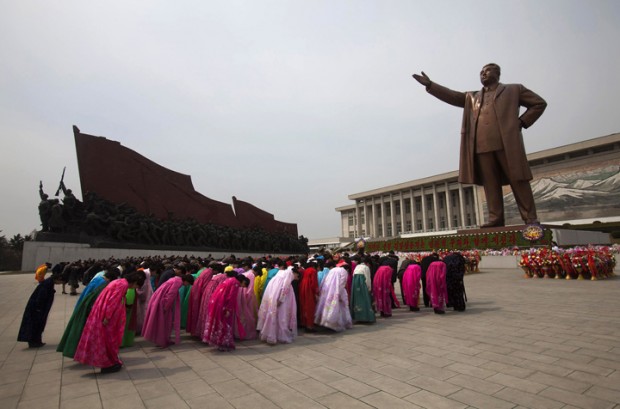 There is a National Geographic Explorer episode called Inside North Korea, which I highly recommend if you haven’t already seen it. Lisa Ling went there a few years ago with a doctor who was performing cataract surgeries and the whole thing is just jaw-dropping. I was left wondering if North Korea is a country or a cult. North Korea has to be dealt with like a country, but it behaves like big crazy cult with a powerful leader and instead of 20 or 30 brainwashed victims, a whole nation of them plus a million man army. So is it a country? Same same but different. Is it a cult? Same same but different.

Trouble is, we don’t really know what’s going on over there. We have reports from refugees, but we don’t really know what the average North Korean is thinking. Are their displays of affection for their dear leader genuine or coerced? Do they love him or fear him or both? Do they believe the bullshit? Can a whole nation really have been so effectively brainwashed, save the few who have escaped or are imprisoned? Is another full-on war something that is just going to have to happen at some point or will the doubters in the cult be able to turn the tide? Is Kim Jong-un a psychopath? A sociopath? A narcissist? Diabolical or just plain foolish? The answer to all of these questions is both yes and no. Or, even better, same same but different.