HomeEXPAT LIFEWho Do You Love?: Korean Ethnocentrism, International Couples and the Dating Dilemma 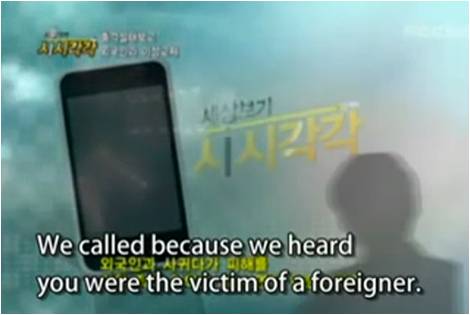 Unless you’ve been living under a rock, you know that the episode “Shocking Report on Relationships with Foreigners,” aired by Korea’s MBC TV network in late May, caused a

great deal of controversy among the expat community as well as some head-scratching with its portrayal of foreign men who date Korean women as opportunistic, lewd and diseased criminals.  The producers buttressed the bogus segment with ambiguous situations, uncited phone-interviews with female “victims,” and provocative language.  But putting the ridiculousness of the “report” aside for a moment, the segment made me think of something that happened a few weeks ago at my prep school in Seoul which may provide a glimpse of what Korea’s youth thinks about dating and mating.

One afternoon during the last precious minutes of breaktime before the class bell, a friend and I launched into a heated debate over our ideal type. According to her, brown-haired guys were the best and my own preference for sandy blondes was written off as the sad result of having watched one too many chick flicks. Just when I was about to retaliate, I could hear the guy next to me chuckling, obviously having overheard our not-so-private conversation. In defense, I asked whether he really liked plain black hair, expecting him to concede a weakness for wide blue eyes or blonde curls.  Yet quickly and casually he responded, “She has to be Korean.” This was coming from a guy who had spent 11 years of his life in the U.S.

Baffled and curious, I bombarded him with a bunch of whispered follow-up questions throughout class to find out his reasoning. His opinion seemed more innate than contemplated, though, because he couldn’t seem to articulate a clear response: “Non-Koreans just can’t understand us,” and “Society seems to discourage international relationships” was the best I could get out of him.

Still bemused, and only half-believing him, I spent the next few days trying to gather whether my other male classmates had ever considered having a relationship with a non-Korean woman. But it didn’t matter how many I asked—not one of them was completely comfortable with the idea of marrying, or, in some cases, even dating a foreigner. I was shocked given that my Global Leadership Program (GLP) class is one specialized for students planning to study abroad, especially at high-ranking American universities. Many of us do volunteer work abroad, participate in international conferences, and take GLP classes—which are basically intensive English composition and literature courses. On top of that, most of my classmates have already spent more years abroad than the average Korean (many parents are professors, diplomats and businesspeople who’ve studied and worked overseas).

Apparently, their past and planned future exposure to foreign culture has little influence on their conservative beliefs regarding international relationships. Taking this into account, I could begin to imagine what a person who had spent his entire life in conservative Korean society with zero foreign exposure would think about foreign men dating Korean women—especially if he or she happened to be a scoop-hungry yellow journalist.

So perhaps this conservative guy mentality contributed to the making of the MBC “report.” But there are definitely other influences that led to such biased—even xenophobic—reporting, namely historical and Confucian factors. To begin with, it is important to recognize that it has only been about 60 years since Korea gained independence from Japanese colonial rule. From 1910 to 1945, Japanese imperialists tried to assimilate Koreans as “imperial subjects” by stripping Koreans of their national identity: they required Koreans to take on Japanese names, banned the use of Korean at school, and forced Shinto worship. Such oppressive policies were justified through a theory which claimed that Japanese and Koreans shared essentially the same roots, but that Koreans were comparatively inferior. Thus Japan urged Koreans to forsake their inferior culture and traditions to become respectable “imperial subjects.”

In retaliation against such propaganda, leaders of the Korean independence movement strived to preserve national unity by rallying around the idea that Koreans were part of a single, pure bloodline. This idea seeped deep into Korean mentality, and people gradually came to consider their supposedly unified, homogeneous ancestry and culture a source of great pride. As a result, Koreans became inclined to bond amongst themselves while driving out foreign forces; to behave in a way that challenged the concept of Korean unity was regarded as treachery toward one’s country as well as one’s people. This idea was further reinforced throughout the late half of the 20th century, as dictators such as Syngman Rhee and Park Chung-hee used the ideology of a unified nation to justify individual sacrifice for national unity. And now, as the MBC report testifies, distorted interpretations of national unity and pride are manifesting themselves in the form of xenophobia.

Furthermore, Confucian values heavily shape the minds of Koreans (and in patriarchal Confucian society, chastity was considered the number-one virtue in women). Naturally, men were enraged when some Korean women started working as prostitutes for American soldiers stationed in Korea after the Korean War. Relationships of any kind with foreign soldiers were considered shamefully shocking, a disgrace to the family name. Though much time has passed since then, the idea still remains and colors the perception of international couples even to this day.

Thus, historical and ideological factors predisposed Koreans to lean toward ethnic nationalism, and to condemn those who act in an un-“Korean” way as unpatriotic, disloyal, and even morally corrupt—as was obviously the MBC show’s view toward Korean women dating foreign men. But the thing is, though ethnic pride might have been the key to uniting against turmoil in the past, it is somewhat of an anachronism in today’s globalized world. Radical forms of ethnic nationalism actually serve to cripple diversity and open-mindedness—even now, problems concerning the abuse of immigrant workers, multicultural families, and injustices caused by jus sanguinis policies have become leading social issues in Korean society. As Koreans increasingly live and interact with foreigners, they will have to learn to understand cultural differences and ethnic diversity to assimilate with people of other countries.

Pride in one’s heritage is commendable, but not when it leads to bias or false accusations (or morphs into nationalism). Koreans seem to love looking “global”— many students, me included, enter “international” essay contests, participate in English debates and seek to study abroad; the country strives to hold international events like the World Cup, the G20 and the Olympics; the government and media flaunt any favorable global rankings.  It’s now time they really became as “global” as they claim to be. In a world where people of different races intermingle on a daily basis, open-mindedness is a virtue. I guess the boys in my class—and too many Koreans—have yet to fully internalize this fact.

As for the girls in my class, they seem to be much more liberal. Perhaps it’s because they want to avoid the traditional duties expected of Korean women—whatever the reason, almost all of them chirped an enthusiastic yes when asked whether they were willing to have a relationship with a non-Korean. Some even remarked that they preferred foreigners over Korean men.

As for me, I’m all for their side. From what I’ve seen, being the wife of a man who is “Korean” to the bone is taxing, to say the least. All housework and parenting duties fall under the exclusive charge of the wife, regardless of whether or not she has a career (my mom’s a pharmacist). It is also taken for granted that she help prepare for ancestral rites of her in-laws, held at least twice a year. On such occasions, the men gather around in the living room, chat, and watch TV while the women knead, chop, mix, and fry in a frenzy to prepare traditional dishes for the ancestral rites table. My mom always emerges from such ordeals with menthol pain-relief patches on her shoulders, vowing not to take part in such “madness” next year—and yet she joins her sister-in-laws in the kitchen every ancestral rite season. Social expectations and pressure from family members—recruiting phone calls from sister-in-laws, for instance—are not 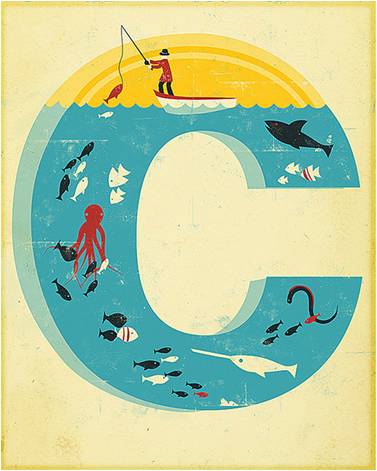 easy to ignore; having observed this since childhood, I hardly want to submit to such ordeals myself. And because there are “plenty more fish in the sea,” many Korean women (me and my friends included) feel no need to restrict ourselves to conservative, traditional (and often chauvinistic) Korean men merely because of the fact that they happen to have the same nationality.

Of course, this is only speaking in general terms: liberal-minded Korean men exist, as do conservative foreign men. Also, my viewpoint may not necessarily represent that of the majority.  I can still remember the incredulous look in my classmate’s eyes when I told him I preferred foreigners (or perhaps Koreans with foreign experience) to completely “Korean”-Koreans (those called “tojung,” or truly native, having never left the peninsula) when it comes to having a relationship. So MBC, make of it what you will; surely there’s a scandalous scoop here.  Meanwhile, I’ll defer to my friend who once said, “The world is large, and men are plenty.” I think I’ll take my chances with non-Korean guys, be they the incarnation of pure evil or not.

Bo-Kyung is a senior at Daewon Foreign Language High School in Seoul.